Fabrice Drouin Ristori, a 40-year old French investor and entrepreneur, is the founder and CEO of Goldbroker.com. 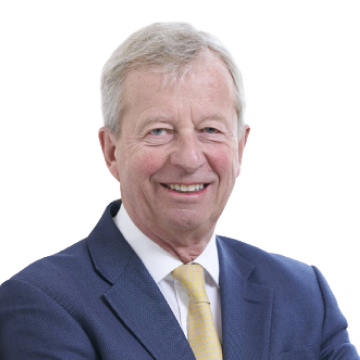 Goldbroker.com was founded in 2011 by Fabrice Drouin Ristori, French entrepreneur and investor, and graduate of the Kedge Business School (2004).

In 2010, after seven years of entrepreneurship in the Internet industry, Fabrice Drouin Ristori sold his stakes in two companies he co-founded and was faced with the problem of investing his money in an unstable financial context.

His objective is then to continue his entrepreneurial activities, without having to worry about an active management of his assets. Like many savers, he simply wants to "sleep peacefully" on his savings.

As early as 2008, Fabrice Drouin Ristori identified gold as a safe investment that would guarantee the stability of the purchasing power of his savings over the long term.

However, the choice of this financial asset was only the first step in a long process of identifying the appropriate support. In reality, choosing gold is not enough, it is also necessary to find the right way to hold and store it.

After having tested gold ETFs (financial products, "paper gold"), which he eventually realized that they do not guarantee the actual holding of physical gold, Fabrice Drouin Ristori turned to renting a safe deposit box at a bank. But all the banks refused to insure its contents and do not buy back the gold quickly and securely. A short experience of holding gold in 'mutualized' form does not satisfy him either, because the gold is not stored in his own name and it is impossible to access it directly to verify its existence.

He also understands that storing precious metals outside his country of residence is wise to protect himself from possible seizure by the government.

The quest for political stability quickly leads him to the perpetual neutrality of Switzerland, concluded in 1815 at the Congress of Vienna, which guarantees the integrity and inviolability of its territory. Moreover, Switzerland is the world's largest center for refining physical precious metals. Four of the world's seven largest gold refineries are located in Switzerland; 70% of the world's gold ingots are produced here every year.

After lengthy research, Fabrice Drouin Ristori came up with the following solution to protect his assets: no paper gold, nor storage in the banking system, but storage outside the country of residence, in a politically stable country, via a security company that knows his identity, with direct access to the vault, as well as a contractual guarantee to be the one and only owner of the physical gold (no intermediary at the storage level).

As of 2011, he foresees major financial and monetary problems, and considers that many savers will once again turn to physical gold to protect their savings in the long term.

Faced with this uncertain financial situation and the void in terms of optimal investment support in physical gold, Fabrice Drouin Ristori decides to found Goldbroker.com in order to protect his own financial assets and to provide a solution for the many savers in the same situation as him.

In 2012, Egon Von Greyerz, Managing Director of Matterhorn Asset Management (Goldswitzerland), a world reference in precious metals investment, joins the advisory board of the company to bring his long experience in asset protection.

In 2019, GoldBroker changes its name in France and now operates under the brand OR.FR, of which Mr. Etienne Dargent became operations director.

In September 2020, GoldBroker/Or.fr moves its headquarters to London, the world's leading physical gold trading center. With a qualified and experienced team of fifteen people, GoldBroker/Or.fr provides its services on the French, English, German and Spanish speaking markets.

In 2020, the company achieves a consolidated turnover of €60 million and manages a stock of precious metals worth several hundred million euros.

In 2021, GoldBroker/Or.fr celebrates its 10th anniversary.

We also provide education to the public about the current monetary/financial system, on why diversification is paramount, and on how precious metals should play an important role in safeguarding your wealth in today's changing world.

Goldbroker.com’s editors are precious metals specialists, each bringing exclusive analyses (geo-political, geo-strategic, technical or economic) that bring big-picture understanding of all the factors contributing to the evolution of the markets.

Our team, with its many years of experience, aims to give investors as much information as possible to help them in taking decisions independently and objectively in the precious metals sector.

We also regularly publish interviews with fund managers and independent specialists and analysts to let our readers and our investing clients further their analyses of the precious metals markets.