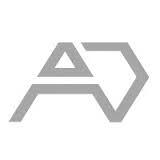 The company is owned exclusively by the Russian government and employs close to 180 workers. Its headquarters are located in Novosibirsk, Siberia.

The refinery’s origins date back to the war years of 1941 - 1945, when Russian gold refining and bar fabrication were transferred from Moscow to Novosibirsk.

The company was reconstituted at the end of 1990 with mostly new equipment, and has been known as Novosibirsk Refinery Plant since 1992.

In 2003, it changed its status to Open Joint Stock Company (OSJC) in order to be led by a board of directors, which gives it more freedom.

Their refining processes allow the production of about 300 metric tons of gold per year.

Products are struck with the refinery’s logo, generally with an extra mark with the inscription “Russia” in a circle. All bars are numbered with two letters in the Cyrillic alphabet, followed by four digits.

Since 1999, Novosibirsk Refinery Plant’s products are Good Delivery accredited, which ensures the refinery meets all standards for fineness and quality in its bars.