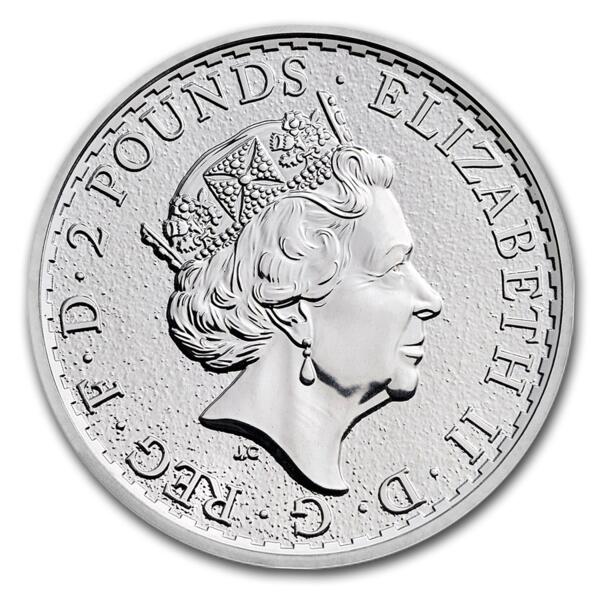 The Royal Mint’s ancient origins begin with the end of Roman rule in Great Britain to the Kingdom of Alfred the Great, whose likeness appeared on its very first issue in 886 AD: a silver penny. 400 years later, the nation’s minting was centralized in the infamous Tower of London. Yet another 400 years later, Britain signed a treaty with Spain that ensured a steady supply of silver bullion to the Tower’s mint. As the mighty Royal Navy led an ambitious campaign of colonial expansion around the world, the facility produced hard currency for an extensive number of foreign countries, and it continues to do so at a rate of more than 2 billion coins per year.

Of all the fine products in the Royal Mint’s arsenal, none is more prized or iconic than the Britannia with a symbol that has appeared on British coins since 1672. Not only does it brilliantly capture the long history of this great nation and its mint, it also provides lasting wealth protection for you, the investor.

The Standing Britannia design by sculptor Philip Nathan on this outstanding silver coin is an apt corollary to the image on its observe side, that of the world’s longest-reigning monarch. Like the helmeted goddess standing in the wind, so has Queen Elizabeth II withstood the test of time and all that comes with it. Despite the well-publicized family troubles and the calls for her to abandon the throne, she remains the face of Great Britain to the world. The effigy designed by Jody Clark (his initials appear below) is surrounded by the coin’s legal tender value (2 POUNDS), ELIZABETH II, and D.G. REG. F.D. (for Dei Gratia Regina Fidei Defensor — By the grace of God, Queen, Defender of the Faith.) The reverse features the radiating sunbeam background that was added last year as an anti-counterfeiting security device. It is surrounded by the words BRITANNIA 2017, 1 oz, and 999 FINE SILVER.

Just as female sovereign and female warrior have endured, so does this coin as an investment, made available to you by Goldbroker.com.