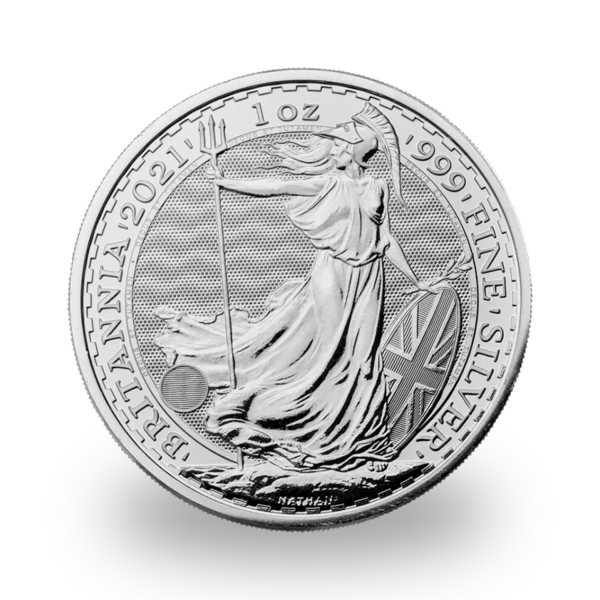 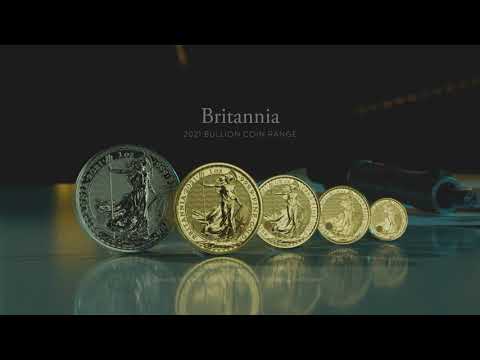 How to buy silver in 3 steps

The reverse features the legendary figure of Britannia by Philip Nathan. Standing firm in the eye of the storm, she displays an unyielding resolve, symbolizing strength and integrity. Below Britannia’s flowing gown, is a trident to represent her naval history. As the viewer changes their perspective this trident becomes a padlock, emphasising the coin’s secure nature. The inscription DECUS ET TUTAMEN (“an ornament and a safeguard”) surrounds the figure of Britannia. Surface animation behind Britannia reflects the movement of the sea, and the Britannia's union flag shield, a powerful symbol of Britain as a whole, is highlighted by the tincture lines. The design is surrounded by the words BRITANNIA 2021, 1 OZ, and 999 FINE SILVER.

The obverse features the effigy of Her Majesty The Queen by Jody Clark, along with the face value of 2 POUNDS (legal tender in the UK), ELIZABETH II, and D.G. REG. F.D. (for Dei Gratia Regina Fidei Defensor — Latin for By the grace of God, Queen, Defender of the Faith). The Queen is wearing the King George IV State Diadem, as well as special Diamond Jubilee drop pearl earrings.

The 2021 Britannia 1 oz Silver Bullion Coin contains one troy ounce of .999 fine silver - the purest of silver offered by The Royal Mint.