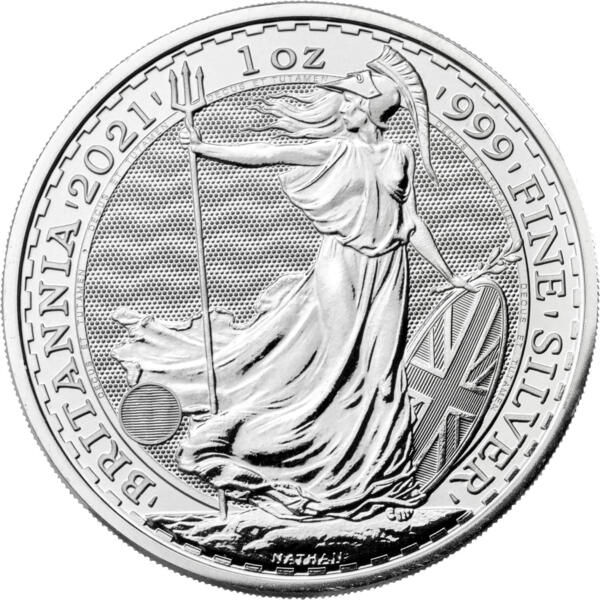 The Royal Mint marks the 20th anniversary of the Silver Britannia with homage to the past and a firm eye on the future.

The age-old symbol of the female warrior with trident and shield in hand remains, while a radial sunburst has been added, not only as background, but for its anti-counterfeiting security capabilities. The coin’s face bears the image of the only English sovereign most people today have ever known: Queen Elizabeth II. It is her fifth portrait on British and Commonwealth coinage, designed by a former commercial packaging artist named Jody Clark, who submitted his computer-assisted design anonymously to the Royal Mint’s competition. He was only 33 years old, the youngest engraver of all to fashion her image since her coronation in 1953.

The image of Britannia, so brilliantly rendered in shining silver, features a new background of radiating sunbeams which doubles as an anti-counterfeiting security device. It is surrounded by the words BRITANNIA 2017, 1 oz, and 999 FINE SILVER. The obverse indicates the face value of 2 POUNDS (legal tender in the UK), ELIZABETH II, and D.G. REG. F.D. (for Dei Gratia Regina Fidei Defensor — Latin for By the grace of God, Queen, Defender of the Faith).

The 2017 Silver Britannia is an intelligent amalgam of contemporary Great Britain and the Royal Mint’s illustrious 1,100 year history that makes it a must for collectors and a solid wealth protection item for investors.