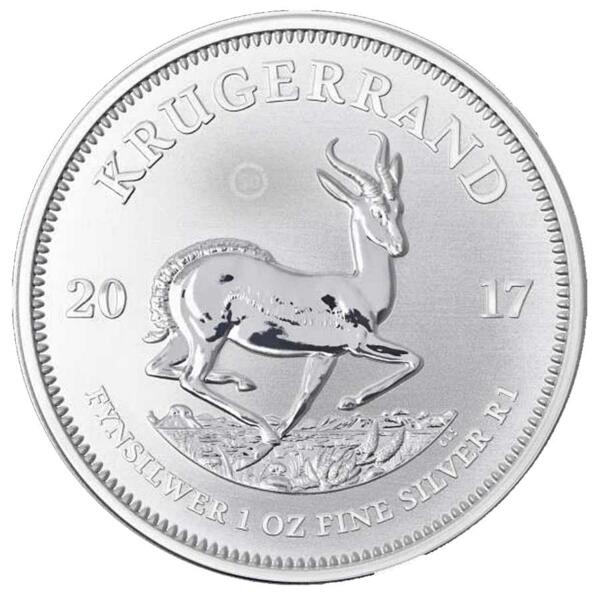 A full 50 years after the historic introduction of the Gold Krugerrand to world investment markets, the South African Mint has, for the very first time, released a silver version of the coin. The Silver Krugerrand, unlike the Gold, has an actual denomination: 1 rand (the country’s monetary unit). Otherwise, its iconic design featuring the springbok and South African President Paul Kruger remains the same but for some slight changes (see below) and, of course, it is enormously less expensive than the gold. This may seem too obvious to mention but it resonates with the original purpose of those first Krugerrands in 1967: to make precious metal ownership possible for the man on the street.

The design of the coin stays true to the nation’s history. The obverse side bears the image of South Africa’s first president Paul Kruger, struck from the original die used in 1892. This is surrounded by the words SUID-AFRIKA and SOUTH AFRICA. It also shows the privy mark LT SARB 2017 to authenticate it as legal tender. The reverse side displays the engraving of the country’s animal symbol, the springbok, displaying its repetitious jumping behavior known as “pronking”, showing off to attract mates or ward off predators. It’s encircled by the words KRUGERRAND and FYNSILVER 1 OZ FINE SILVER R1. The year shown (and here are the differences from the Gold Krugerrand) is 2017, the numbers separated on either side of the animal. It does NOT display the Gold coin’s 50th anniversary privy mark. It DOES have a face value, represented by the R1 (1 rand).
To say this is a must acquisition for serious and even casual collectors is an understatement, but it also provides a novel opportunity for investors wishing to add a beautiful and valuable new element to their wealth protection portfolios.