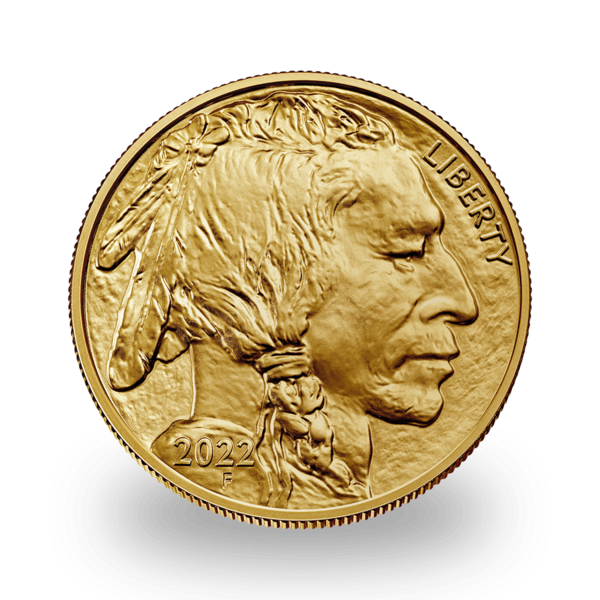 The 1 oz American Buffalo 2022 is among the world’s purest gold coins. Introduced in 2006, it was the very first highly pure 99.99% gold coin series to be struck by the United States Mint.

The famous design is known for its historical significance and showcases the native beauty of the American West.

The American Buffalo 1 oz gold coin features designs based on the original 1913 Type I Buffalo nickel designed by James Earle Fraser, a student of the legendary sculptor Augustus Saint-Gaudens.

The obverse of the 24-karat gold coin bears the portrait of a Native American who is said to have been created as a composite of three Native Americans chiefs: Iron Tail (Sioux), Big Tree (Kiowa), and Two Moons (Cheyenne). The inscriptions ‘LIBERTY’, the date of issue, ‘2022’, and the initial ‘F‘ for Fraser, are engraved.

This coin has a legal tender value of ‘$50 USD‘, and is therefore backed by the US government.

Now in its 16th year of production, the Gold Buffalo remains a popular choice among goldbugs and collectors. Buy an American classic, a piece of U.S. history.