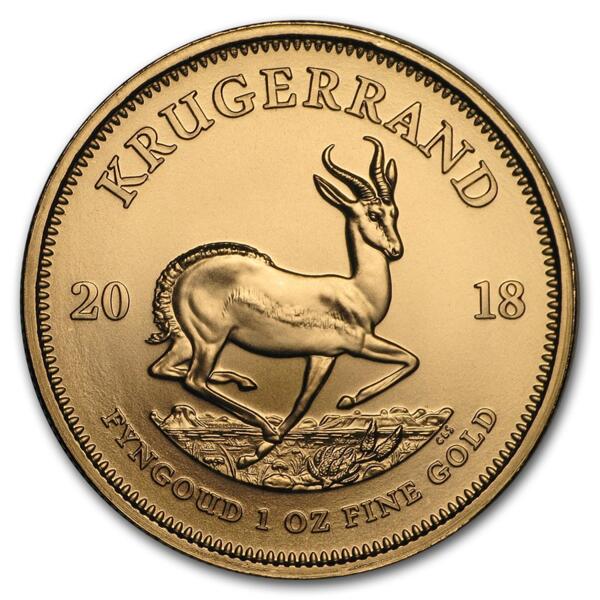 Paul Kruger, whose name was given to the world-famous Krugerrand and Kruger National Park, is considered the father of the Afrikaner nation of South Africa. The son of Dutch-descended farmers became a champion of his people in their struggle to gain independence from the British, in notable opposition to another figure central to South African history, Cecil Rhodes (of Rhodes Scholarship fame). The man of the earth ultimately surpassed the aristocrat in having his name placed on the gold coin minted decades after both died.

It was in 1967 that the Krugerrand was first produced by the Rand Refinery and South African Mint. By 1980, this single product accounted for 90% of the global gold coin market and Krugerrands have sold to the tune of over 54 million units, a staggering average of at least one million ounces per year. From 1974 to 1985 alone, it’s estimated that South Africa imported some 22 million Krugerrands into the United States. This type of success did not go unnoticed, spurring the USA, Canada, Australia, China, Austria, and Great Britain to produce their own gold bullion coins, creating the highly-competitive market of today. Despite this, the Krugerrand retains a place of preference for discerning investors and collectors. Last year, its 50th anniversary, it still accounted for more than 25% of all gold coin sales in the world. Over those 50 years, the coin somehow became part of a curious and unique annual tradition in a number of US cities, in which anonymous donors drop gold Krugerrands into Salvation Army kettles at Christmastime. This has been noted in Atlanta, GA, Tulsa, OK, Seattle and Spokane, WA, Louisville, KY, Kokomo, IN, Fargo, ND, and Flushing, Bay City and St. Clair Shores, MI, creating buzz and holiday spirit in each locality whenever it happens.

The Gold Krugerrand is minted with 11/12 of 24 carat gold (1 troy ounce), and 1/12 a copper alloy that lends significant durability against scratches and dents, and a distinctly orange appearance. Its 1984 designs are of a springbok antelope by Coert Steynberg surrounded by the words KRUGERRAND and FYNGOUD 1 OZ FINE GOLD on the reverse, and of Paul Kruger by Otto Schultz of the Berlin Mint, ringed by the country’s name in Afrikaans and English: SUID-AFRIKA and SOUTH AFRICA. The coin is 32.77 mm (1.29 in) in diameter and 2.84 mm (.111 in) thick.

One year after the 50th anniversary of its game-changing appearance, the Krugerrand remains a much-desired addition to any collection or investment portfolio. Have Goldbroker.com see that it takes a place in yours.