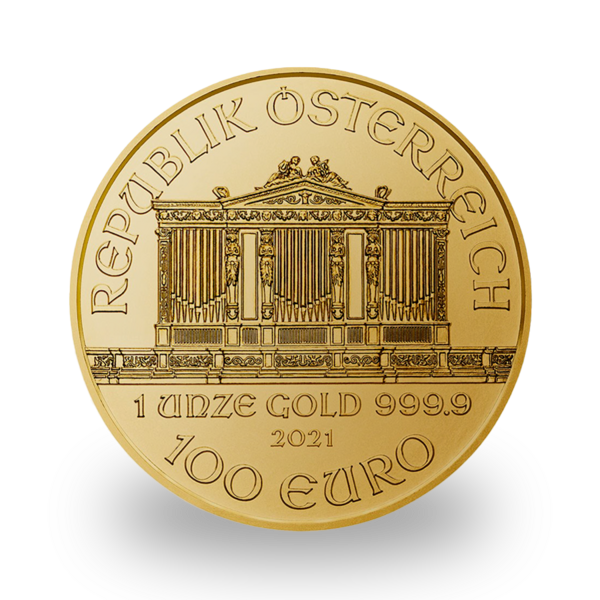 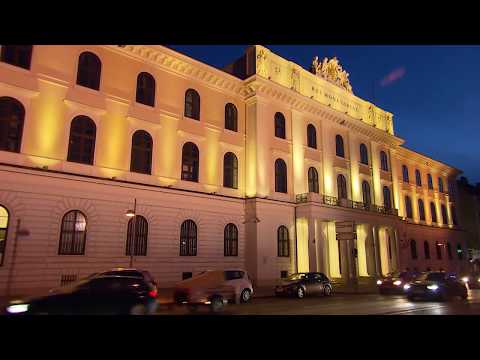 From November 1998 on, a change in Austrian law permitted the issue of pure gold coins for investment purposes. This is how the idea came about to design a gold coin that symbolised Austria. Numerous possible themes for the coin were discussed until finally the vote was given to music, a harmonious ambassador whose language is understood the world over. And what better to symbolise music than the world famous Vienna Philharmonic Orchestra?

The coin’s design by Thomas Pesendorfer, the Austrian Mint’s chief engraver, has remained exactly the same (except for year of issue) since its introduction in 1989.

The obverse side of 2021 1 oz Austrian Gold Philharmonic Coins includes a depiction of the Great Organ, a large pipe organ from the Goldener Saal of the Viennese Musikverein. Also known as the Golden Concert Hall, this is the venue where the Vienna Philharmonic Orchestra holds its performances in Vienna. Above the organ, the words REPUBLIK ÖSTERREICH stand in a semi-circle, while the weight, 1 UNZE GOLD, and purity of the coin, 999.9, with the date of issue below, 2021, stand beneath the balustrade of the organ. At the bottom edge of the coin appears its face value, 100 EURO. The edge of the coin is reeded.

The reverse states WIENER PHILHARMONIKER over the design of eight characteristic orchestral instruments: four violins either side of a cello in the foreground and the Viennese horn, the bassoon and the harp behind.

The Vienna Philharmonic is considered a superb investment and precious metal investors appreciate the very highest standards of purity and sustainability applied during its manufacture.