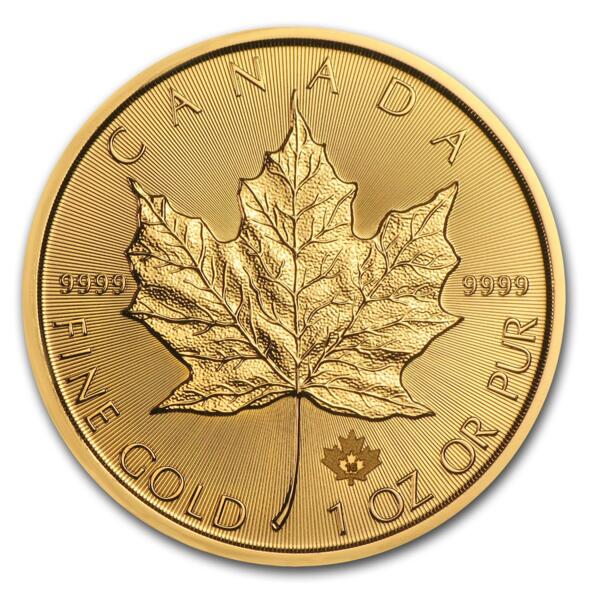 The Royal Canadian Mint is known around the world for impeccable standards of quality and purity. The one-ounce Gold Maple Leaf is one of the world’s most popular gold coins, selling more than 25 million troy ounces since its introduction in 1979.

Coveted by investors around the world, the Gold Maple Leaf is known for its striking design and unsurpassed quality—it was the first bullion coin to achieve the superior standard of 99.99% purity.

The obverse of the Gold Maple Leaf features Queen Elizabeth II, while the reverse of this coin depicts the iconic Canadian Maple Leaf. The maple leaf is the characteristic leaf of the maple tree, and is the most widely recognized national symbol of Canada.