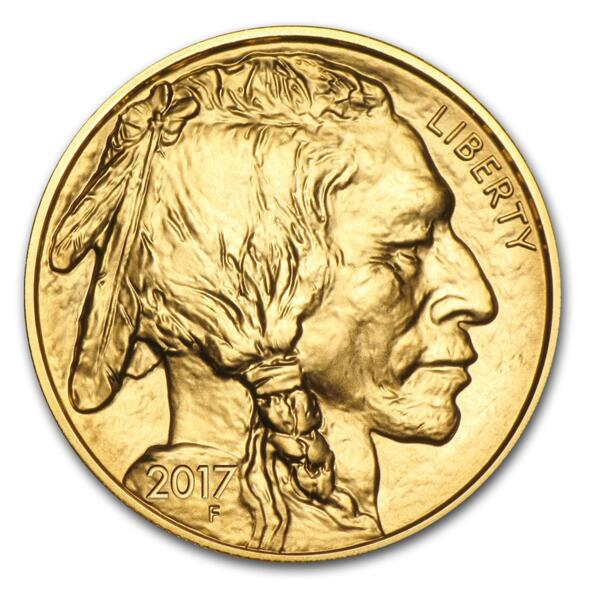 The Gold Buffalo was the first 24 karat gold coin ever to be struck by the United States Mint. This legal tender coin has a face value of $50 but it harkens back to the Buffalo (or Indian Head) nickel produced by the Mint from 1913 to 1938. It replaced the Liberty Head which had served as the nickel since 1883, and was part of President Theodore Roosevelt’s 1904 edict to make American coinage more beautiful and artistic. The Taft administration took up the cause by commissioning sculptor James Earle Fraser for the design. He came up with images of a Native American and an American bison, national icons which are still greatly admired today. The Buffalo nickel itself did not last, however, due mostly to its tendency to wear, and it was replaced by the Jefferson nickel. Fraser’s century-old work is honored by its appearance on gold bullion pieces such as this handsome Gold Buffalo.

An American classic and a world favorite among collectors and investors, the United States Gold Buffalo is available to you through Goldbroker.com.