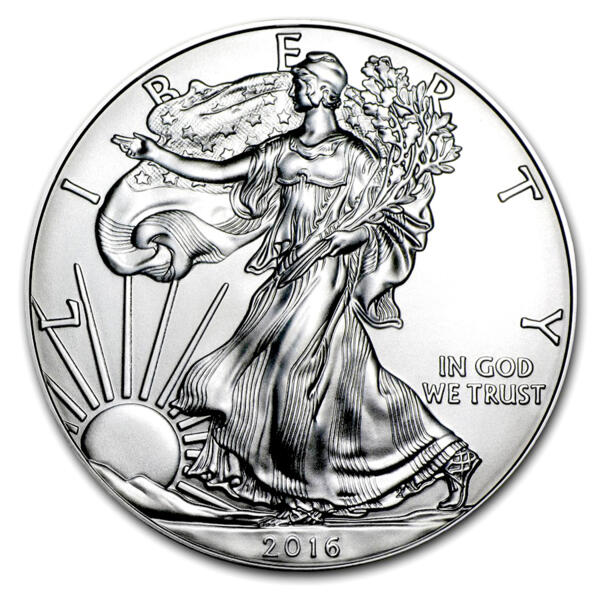 The design on the coin's obverse is based on Adolph A. Weinman's 1916 "Walking Liberty" half dollar, widely considered one of the most beautiful American coins ever minted. The reverse side features a bald eagle and shield, with 13 stars, representing the 13 original American colonies, positioned above the eagle's head.