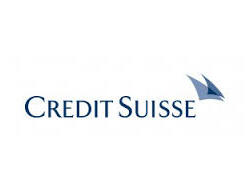 Credit Suisse is a banking institution created by industrialists and politicians in 1856. It was then known as the Schweizerische Kreditanstalt (SKA), and it rapidly became the largest Swiss commercial bank, operating mainly in the credit sector.

Credit Suisse opened a branch in New York, the world’s financial center, in 1940. That began a long period of growth and development during which several branches opened around the world.

Today, Credit Suisse is one of the world’s largest providers of financial services, employing more than 75,000 people around the world. Its clientele is made up of private individuals, small and medium companies, and government organisms.

Credit Suisse has long been an actor on the precious metals market, since the bank acquired 80% of the Valcambi refinery in 1967. From 1980 to 2003, the refinery was entirely owned by Credit Suisse; in 2003, the bank withdrew from its bar-producing activities and Valcambi was sold to European refineries. Nonetheless, Valcambi has remained the sole supplier of Credit Suisse.

The gold bars are recognizable by the inscription “Crédit Suisse” etched in a rectangle with a rounded corner. Valcambi’s distinctive mark ‘CHI essayeurs fondeurs’ is also present on Credit Suisse bars. 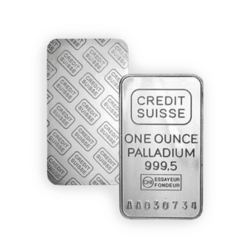