The first large transfer of silver was reported on June 1st, in which 2.5 million oz (Moz) were taken out of the CNT Depository and another 410,000 oz from HSBC.  Nearly 3 Moz of silver were transferred out of the Registered inventories in one day: 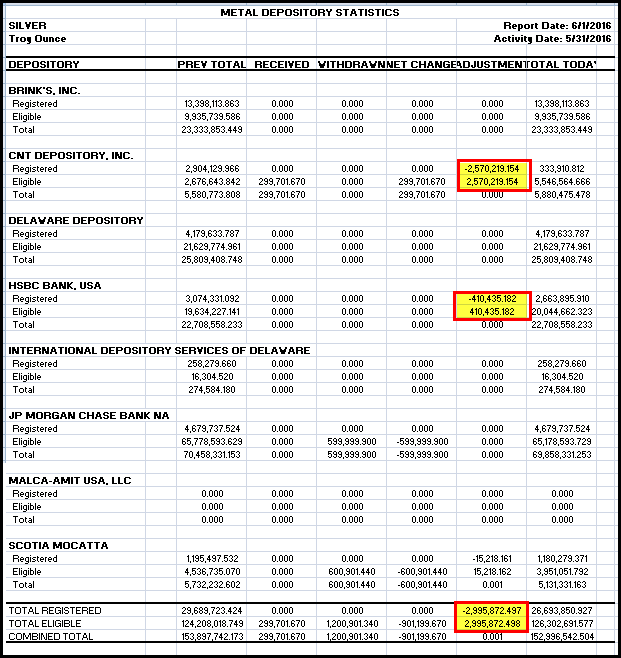 Then on June 3rd, another 3.5 Moz were transferred out of the Registered silver inventories on Brinks and put into the Eligible category: 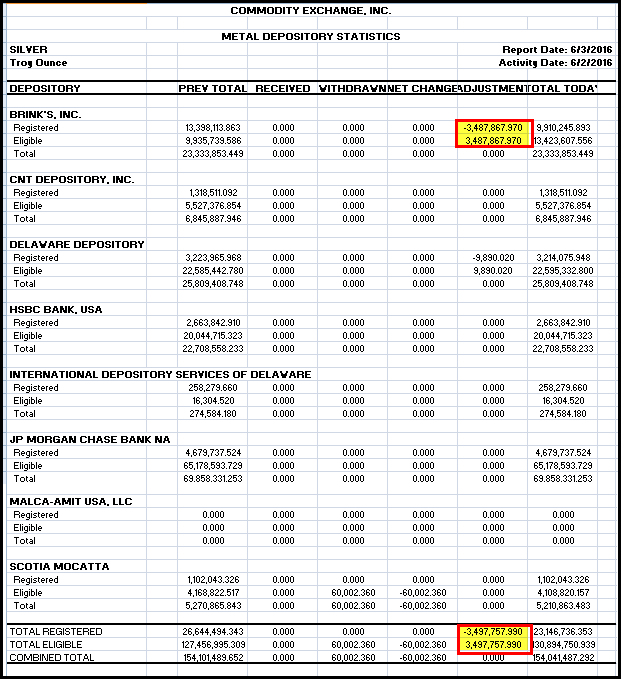 The chart below, thanks to Nick Laird of Sharelynx.com, shows total Registered silver inventories on the top and owners per ounce on the bottom:

What is interesting this time around is that the Registered silver inventories declined from a peak of 70 Moz in the beginning of 2015 to 23 Moz currently on very low silver prices.  Furthermore, the “Owners Per Ounce” of Registered silver is at a record 42.  Which means for each outstanding contract (195,000 contracts), there are 42 owners per each ounce of Registered silver.

We can see the big change if we look at a one year chart:

Then in October 2015, the tightness in the retail silver market began to loosen as the “Forecasted” market crash did not occur.  The Registered silver inventories stabilized and leveled off until the end of the year.  However, more large Registered silver withdrawals and transfers continued again in January 2016 as the price of silver surged from less than $14 to nearly $16 in March.  This was also at the same time the Dow Jones fell 2,000 points.

Lastly, I believe something quite interesting is going on in the silver market even though precious metal analyst Keith Weiner suggests there is weak demand.  Sure, there might be weak demand currently due to falling industrial silver consumption, but the long-term trend points to a much different picture.  I will be discussing this in detail in an upcoming article this week.