European central banks have decided not to extend a 20-year-old agreement to coordinate their gold sales, noting that they have no plans to sell large amounts of the metal.

The Central Bank Gold Agreement (CBGA) was originally signed in 1999 to limit gold sales and help stabilise the market for the precious metal as through the 1990s sporadic gold sales were often conducted behind closed doors by European central banks, which hold some of the world’s largest gold hoards, affecting the prices and undermining the stability of the market.

“The signatories confirm that gold remains an important element of global monetary reserves, as it continues to provide asset diversification benefits, and none of them currently has plans to sell significant amounts of gold,” the ECB said in its statement.

The deal, originally signed by 15 central banks and then expanded to include 22 central banks, aimed to cap the amount signatories could sell each year, stabilising the market. Over the next two decades prices surged, from less than $300 (£241) an ounce to a high of almost $2,000 in 2011. Meanwhile, the current price of around $1,400 an ounce barely changed after the announcement was made.

The latest version of the deal was due to expire on September 26.

“It’s absolutely the right decision,” said Natalie Dempster, managing director of central banks and public policy at the World Gold Council. “The biggest change is in central bank behaviour,” she said. “While back in 1999 they were net sellers to the tune of 500 tonnes, last year central banks bought record amounts of gold.” 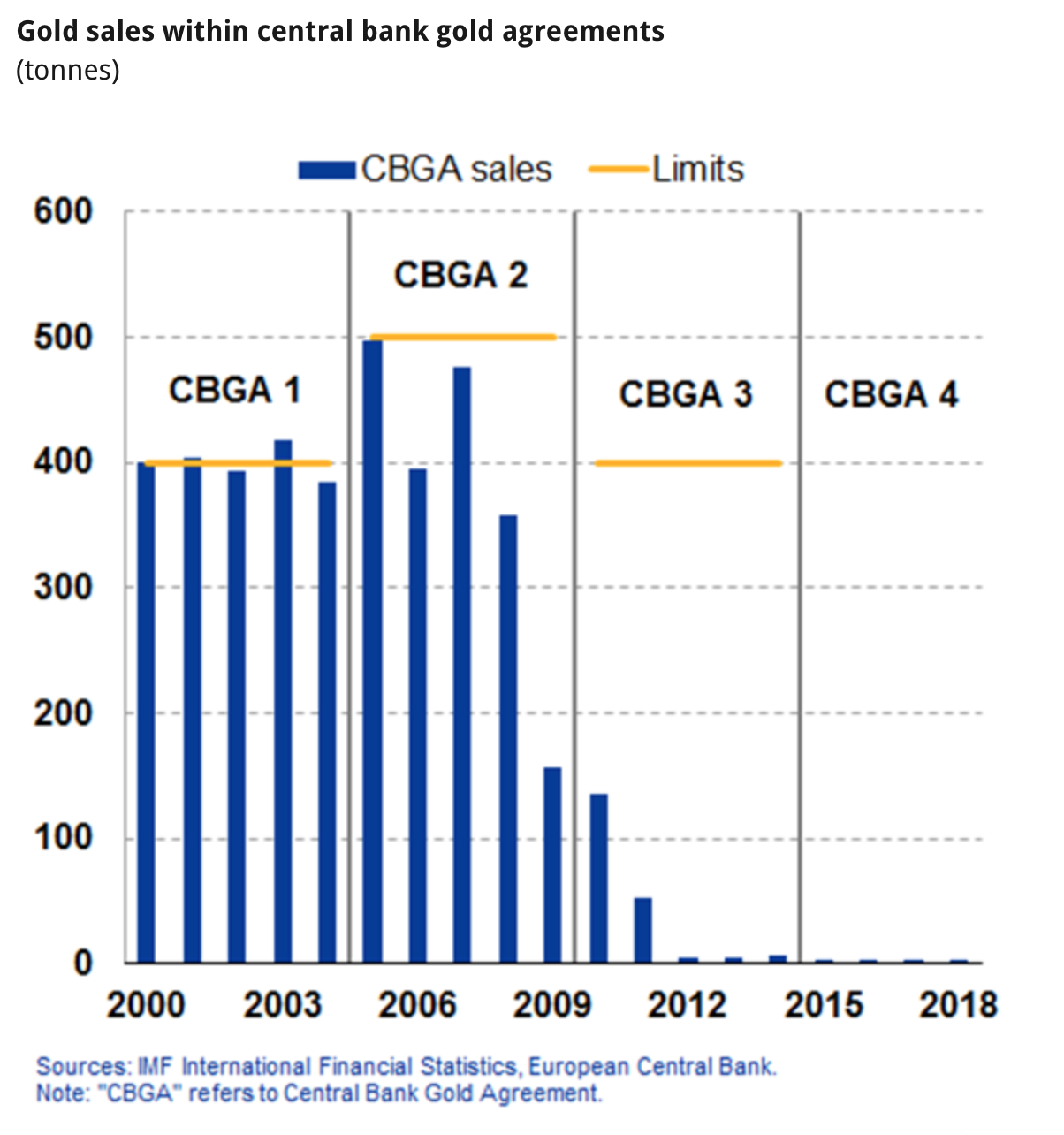