The U.S national debt is quickly approaching $19.5 trillion. It will very likely be there this month. It is hard to comprehend how much this amount is for the average American that is barely trying to get by. But people are starting to wake up. There is a large financial charade going on. Most people realize that their standard of living is being eroded. Anyone outside of coastal regions realizes that many parts of this country are struggling to levels that are not understood by the mainstream press. Their control is slowly being lost. One way to understand the amount of debt we have as a nation is to simply look at in context to how much physical currency is out there.

The amount of debt

The national debt is now more than all of the world’s physical cash, gold, silver, and bitcoin combined. That is right. The U.S. national debt is that big. I’ve argued this before but the Fed is now a giant paper tiger. They are largely trying to use the power of words to move markets instead of actually raising interest rates. These rates will impact this massive debt.

Here is the debt visualized: 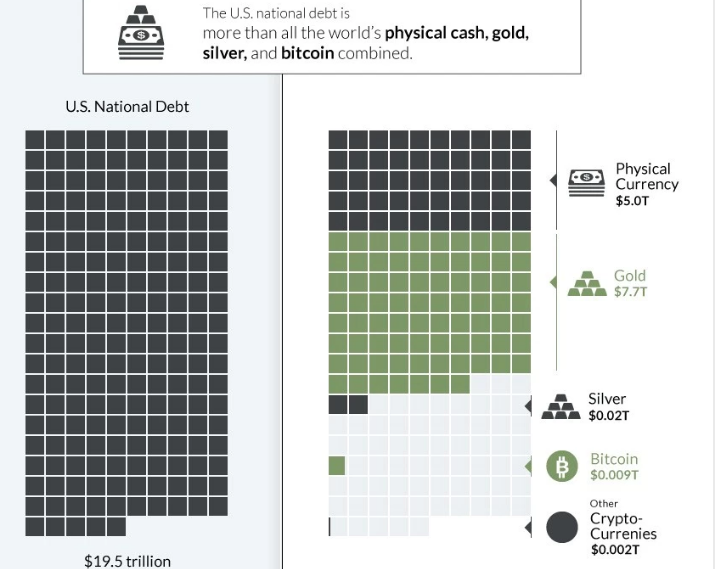 All of the physical cash, gold, silver, and bitcoin combined will cover 65 percent of the debt. And the debt is growing at a rapid pace. Keep in mind you also have a crazy amount of household debt as well: 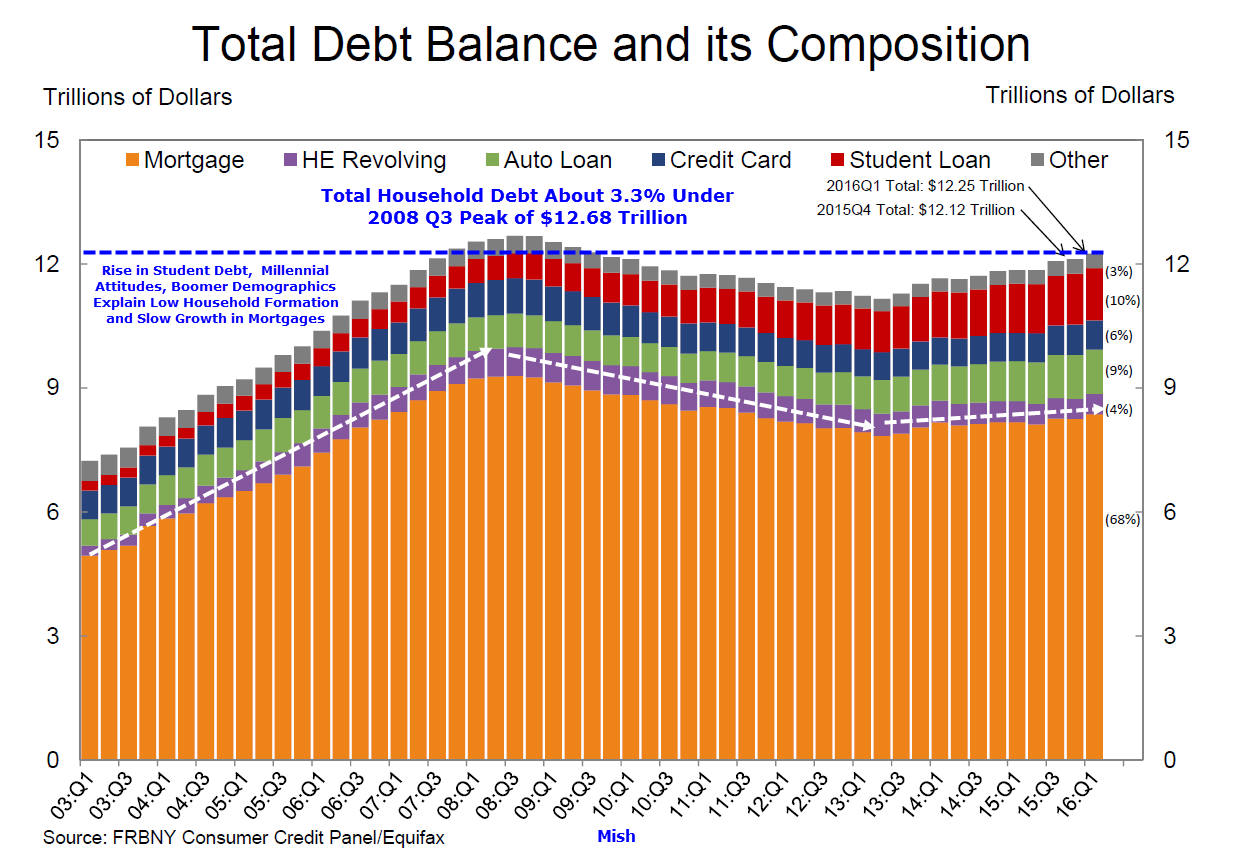 Is any of this ever going to be paid back in full? A large part of the household debt is $1.4 trillion in student debt. But back to the national debt. $19.5 trillion is not going to be paid back. The Fed is doing all it can to keep rates low because even a slight move up in interest rates would cause the servicing of the debt to go ballistic.

We’ve gotten to a point where we need debt to pay off more debt. It seems like a wildly sophisticated ponzi scheme. At this point it is one giant confidence game and you can see that in the U.S. that confidence is definitely moving away from the central powers. The controlled media is largely being marginalized.

How fast is the debt growing? Just look at where things were last year:

So the national debt grew by $1.33 trillion in one year! At our current rate we should be hitting $20 trillion really soon.

Just think of this on an individual level. Would you ever lend money knowing the full amount was not going to be paid back?