There’s a powerful constant amid the to-and-fro of the U.S.-China trade war as currency policy gets dragged into the standoff between the world’s two top economies: Beijing wants more gold in its reserves.

China’s central bank expanded gold reserves again in July, pressing on with a run that stretches back to December. The People’s Bank of China raised holdings to 62.26 million ounces from 61.94 million a month earlier, according to data on its website. In tonnage terms, the inflow was close to 10 tons, following the addition of about 84 tons in the seven months to June. 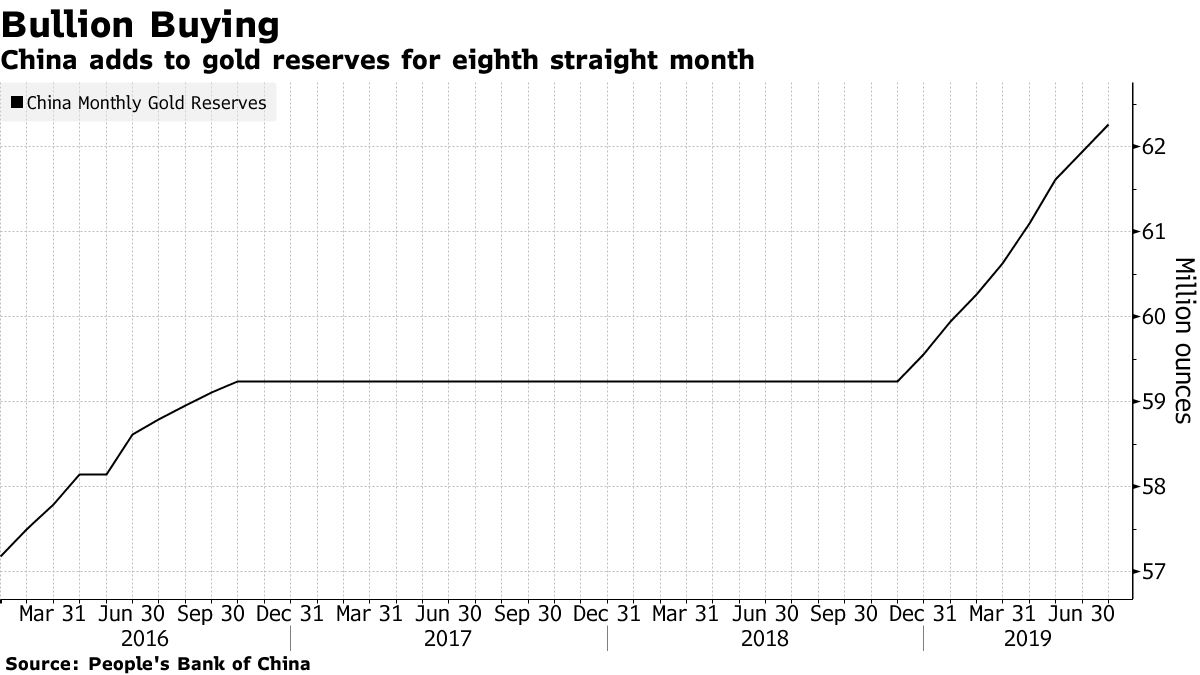 Gold has rallied in 2019 to a hit a six-year high as global growth stutters, central banks including the Federal Reserve eased policy, and the festering trade war all combined to bolster demand. Increased central-bank buying from China to Russia and Poland has helped to buttress consumption at a time of rising prices. This week, the conflict between Washington and Beijing worsened as the yuan was allowed to breach a key level, reinforcing the case for havens.

“It is important for the country to diversify away from the U.S. dollar,” Philip Klapwijk, managing director at consultant Precious Metals Insights Ltd., said before the PBOC’s latest figure was released. “Over the long run, even relatively small-scale gold purchases add up and help to meet this objective.”