Read any great piece of investment literature and one theme you're bound to come across is, "The best way to maximize market profits is to identify the direction of the primary trend and position yourself with it, not against it".

When developing and building upon a large data set that can train artificial intelligence, one must look high and low across sentiment, technicals, and fundamentals for morsels of data to test hypotheses against. Some argue the efficacy of technical analysis has diminished over the years as its practice at an advanced level has been made more ubiquitous thanks to technological advancements - I think this is true. However, fundamentals are what make charts, not the other way around. And chart analysis can be very revealing when viewed holistically, despite its utility as a daily trading mechanism diminishing.

In this post I'm going to look at five of my favourite charts that I think are good indicators of analyzing the long term trend and prospects for gold. Weekly and daily trading is another matter. 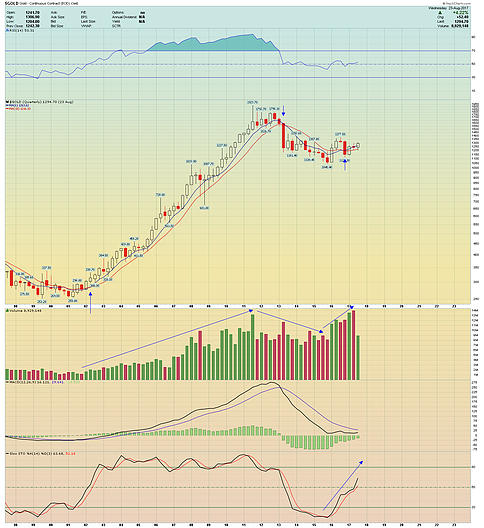 Now let's zoom in incrementally and look at the monthly chart for Gold. 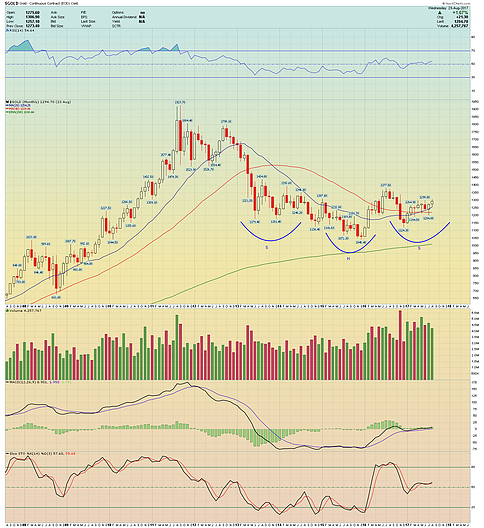 Now let's look at the weekly chart for gold going back to 2011. 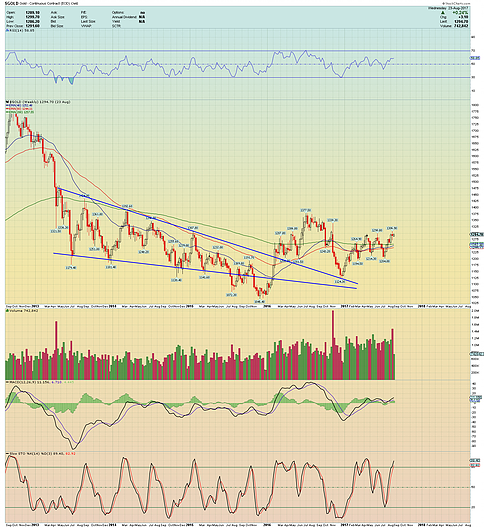 Now let's look at the XAU/GOLD Ratio Chart. The XAU is a cap-weighted index of gold and silver miners that may or may not be engaged in hedging activities, unlike the HUI index. 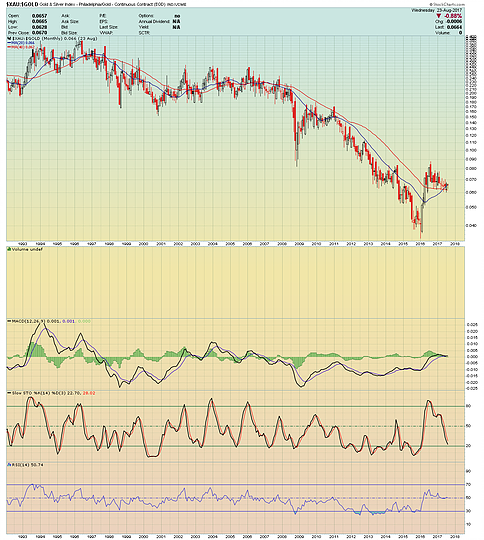 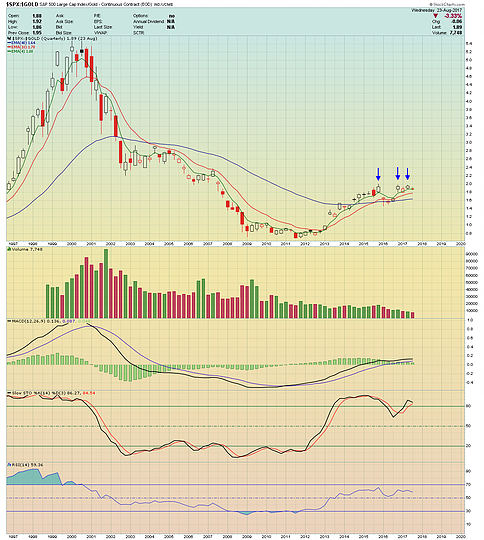 As stated above, fundamentals make charts, not the other way around. There are myriad factors that one could argue are influencing these technical developments but its clear there are fundamental tailwinds supporting the long term trend in the gold price that are manifesting in the charts.