This means we will likely see gold reach $7 758 (in the near future) and eventually go on to reach multiples of that high.

The current year has a lot in common with 1973 (as illustrated in previous posts), and I have every expectation that we will see a great year for gold and silver prices.

Here is a long-term chart of gold (macrotrends.net) that shows how 2020 and 1973 could be similar for gold from a cycles point of view: 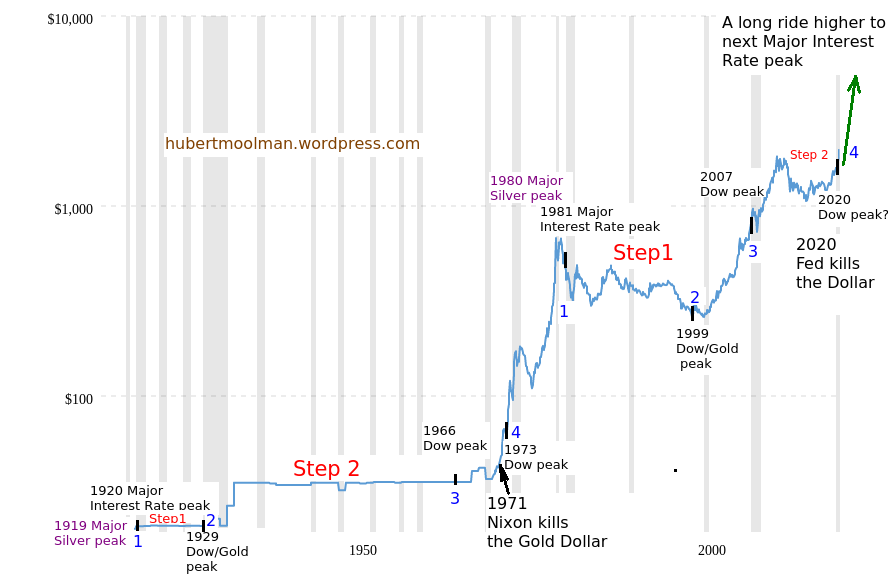 I have marked two patterns, both starting at a major silver peak (1919 and 1980), with major interest rate peaks following soon after. I have also marked them 1 to 6, to show how the cycles could be compared.

Gold is going much higher, and trading in and out of one’s position is generally a foolish exercise.