Gold bulls are finding 2018 offers plenty of reasons to be cheerful.

Bullion’s wrapping up a third quarterly gain, a feat not seen since 2011; fund holdings are at the highest in a half-decade; and haven demand may get a boost with foreign-policy hawks in the ascendant in Washington. 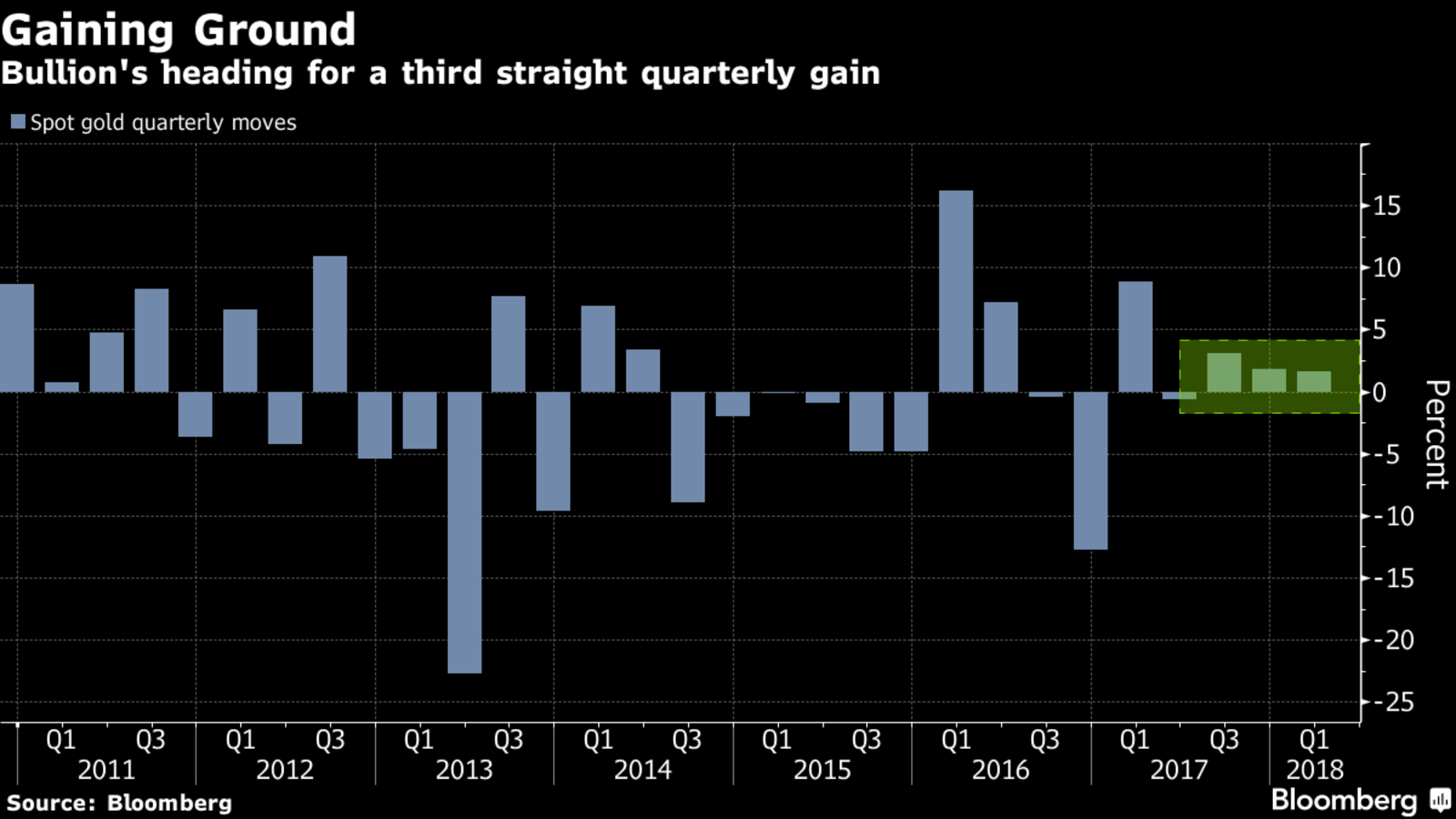 While spot bullion slipped 0.2 percent to $1,323.04 an ounce on Thursday, the metal is still up up 1.5 percent this quarter, following a 1.8 percent gain in the final three months of last year. The rise comes even as the Federal Reserve has been pulling the trigger consistently on U.S. interest rates and despite Wednesday falling by the most since July.

Gold’s haven qualities have come back in focus this year as President Donald Trump’s administration picks a series of trade fights with friends and foes, and investors fret about equity market wobbles that started on Wall Street and echoed around the world. At the same time, although geopolitical tensions with North Korea may be easing, Trump’s pick of John Bolton as his new national security adviser has spurred speculation of a potentially harder line against Iran.

“The new appointees bring a significantly more hawkish stance on foreign affairs,” Australia & New Zealand Banking Group Ltd. said in a note on Thursday, referring to Bolton as well as Trump’s choice of CIA Director Mike Pompeo to head the State Department. “While the obvious impact will be increasing safe-haven buying in gold, we see growing geopolitical risks raising concerns of supply-side issues in the oil market, too.”

Holdings in bullion-backed ETFs hit 2,268.6 metric tons last week, the most since 2013, data compiled by Bloomberg show. The hoard has risen about 43 tons this year, the eighth quarterly rise in the past nine. The dollar has weakened and global equities are set for the first quarterly fall since early 2016.

Meanwhile, trading activity in the metal has also soared. Volume on the Comex exchange, the biggest futures market, hit a record 23 million contracts in the first quarter, according to data compiled by Bloomberg. 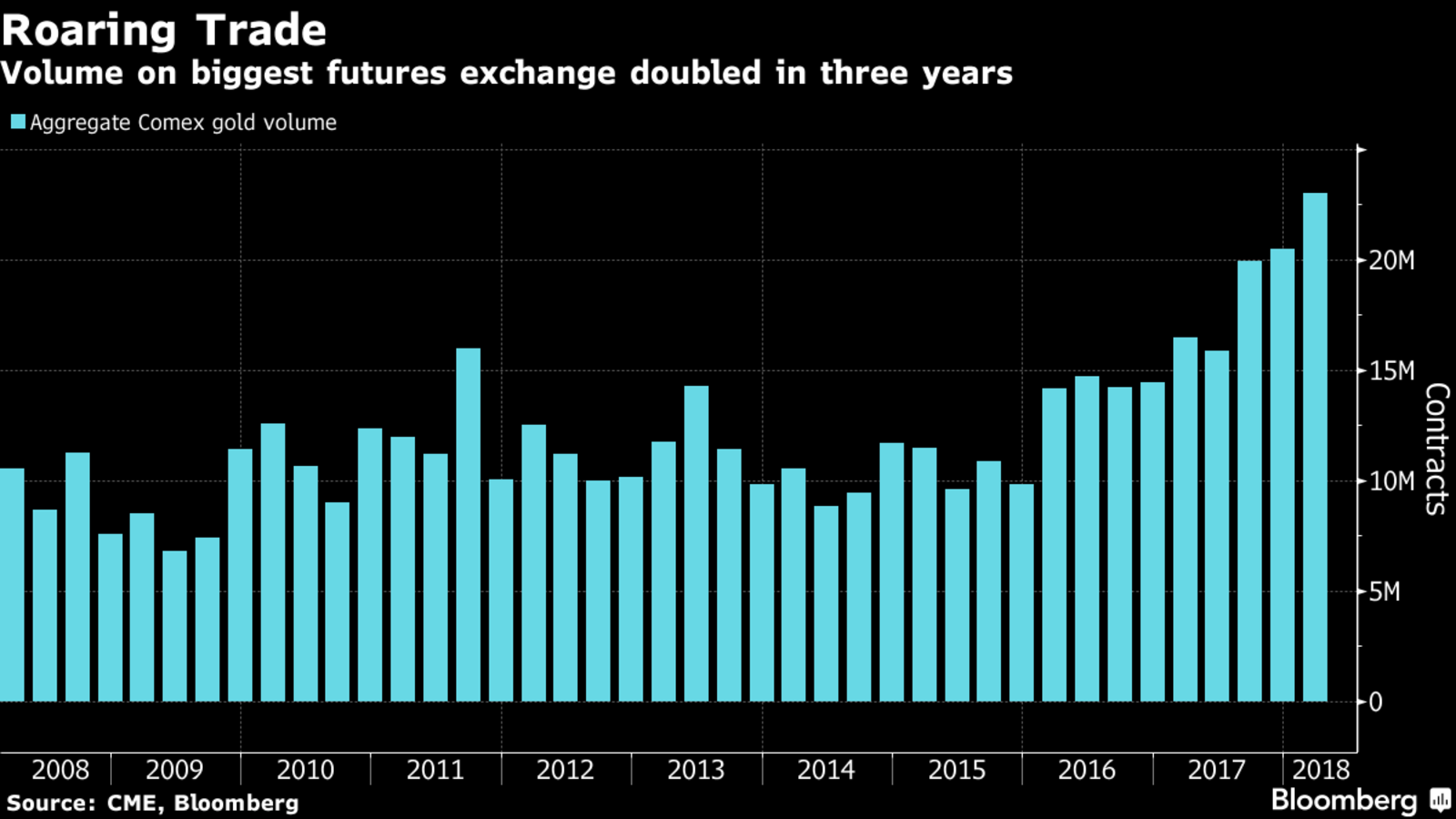