Gold Still The Standard For Germans

There are echoes of the mythical Nibelung and their sunken treasure in the exhibit on gold opening at Germany’s central bank this week. The very title of the book accompanying the exhibition – “The Gold of the Germans” – evokes a devotion to the yellow metal dating back centuries.

Richard Wagner’s Ring cycle of operas about the treasure of the Nibelung is testimony to the tenacious hold that gold has on the German imagination. But it hardly explains why today’s Federal Republic has the second-largest hoard of gold in the world, trailing only that of the United States, which is steward of the world’s main reserve currency. Nor does it explain why the Bundesbank decided as recently as 2012 to repatriate nearly 700 tons of its gold reserves held abroad, bringing the tally in its own vaults to half the 3,400 tons of total gold reserves.

Some 90 tons were transported from France to Frankfurt as part of the controversial repatriation. Since one of the functions of gold reserves is to be readily available to buy foreign currencies, it makes sense to still have 37 percent of the reserves at the New York Federal Reserve Bank and 13 percent at the Bank of England. But it no longer made sense to leave gold at the Banque de France because Germany and France shared a joint currency, the euro. 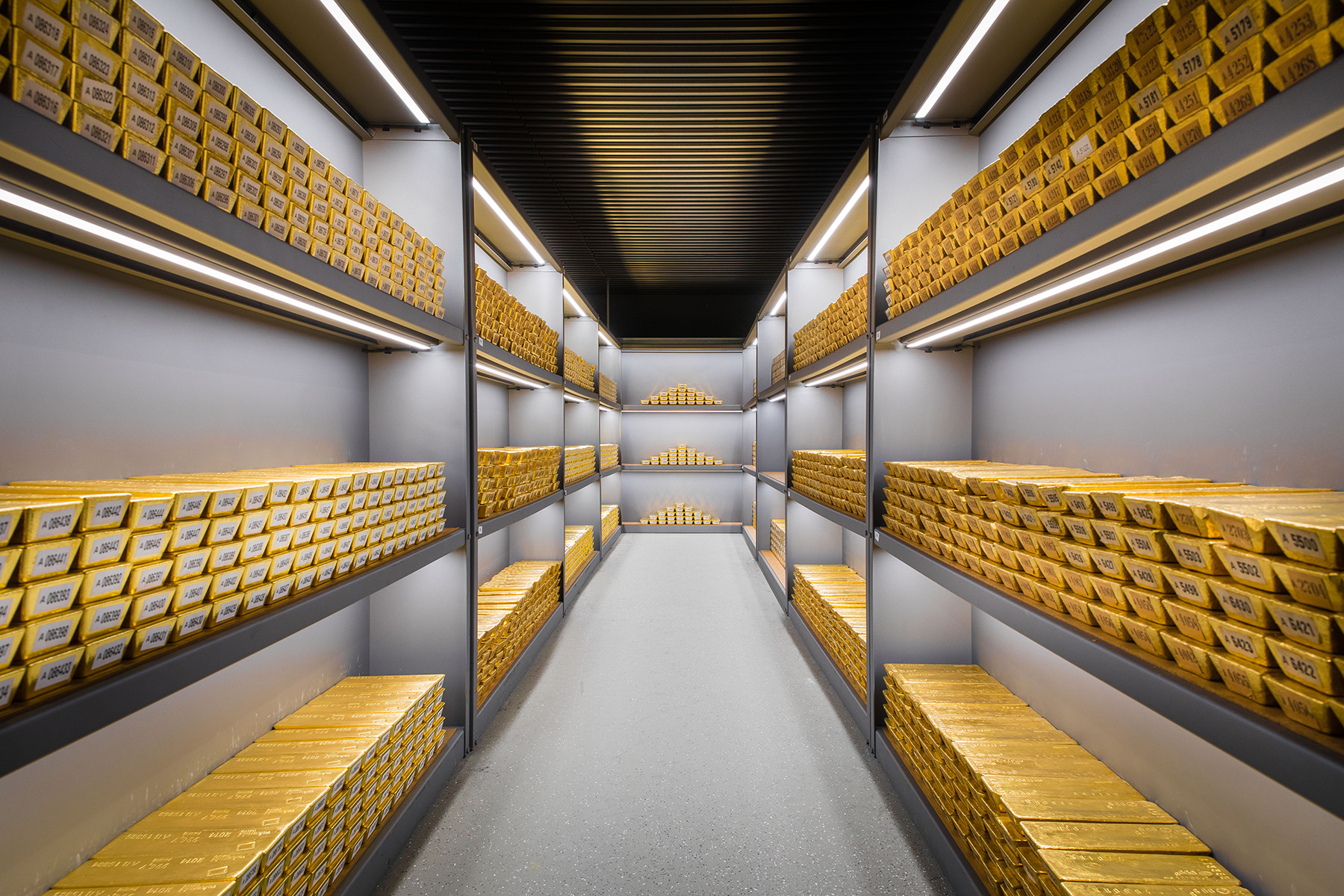 Germany didn’t have a single gram of gold to its name after World War II reparations. It accumulated the gold by running payments surpluses and taking delivery of gold for the surpluses as provided for by the Bretton Woods agreement governing global foreign exchange and by the European Payments Union.

By now, Bundesbank executive board member Carl-Ludwig Thiele boasted ahead of the exhibition, Germany holds 1.8 percent of the world’s gold. Gold represents 70 percent of the country’s foreign exchange reserves, compared with just 2 percent for China and 6 percent for Switzerland.

This love of gold predates the hyperinflation of the Weimar years, which reinforced skepticism about paper money in a traumatic fashion. It is of a piece with the preference of using cash instead of plastic for everyday purchases, and with a prevailing neoliberal – or rather “Ordoliberal” – ideology in economics. When it comes to economics, Germans are very conservative, if not downright reactionary.

Nowadays, payments surpluses result in the accumulation of currency reserves, so that China, for instance, has massive dollar reserves from its years of running a surplus with the United States. Within the euro zone, however, payments surpluses and deficits are measured in Target-2 balances, referring to the gross settlement process within the Eurosystem of central banks. These too are subject to considerable skepticism on Germany’s side. After all, what is the value of a Target-2 claim against liabilities in Greece if that country should exit the euro zone and declare bankruptcy?

Gold bullion seems much more tangible. Even more so if those gold bars are stacked in your own vaults. This was evidently the thinking at the Bundesbank in 2012, when the Federal Audit Office told bank officials that they needed to make spot checks that gold reserves held abroad actually existed. Germany’s central bank took the hint and began transporting tons of the reserves back to its vaults.

In addition, the Bundesbank has been at pains to disclose more about its gold reserves and how and where they are stored. The new exhibition is part of that public relations effort. It marks Mr. Thiele’s parting shot as he steps down at the end of the month to reassure the German public that their gold is safe and sound.