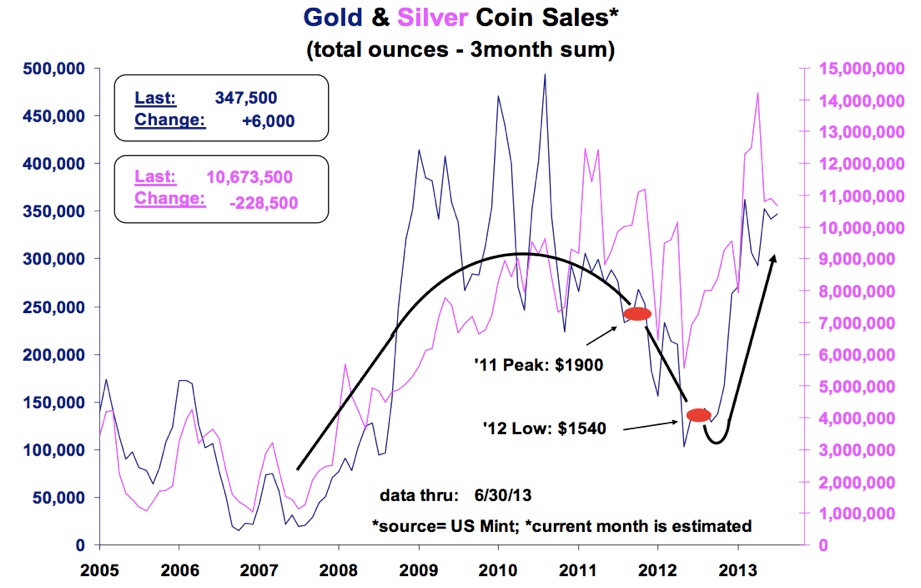 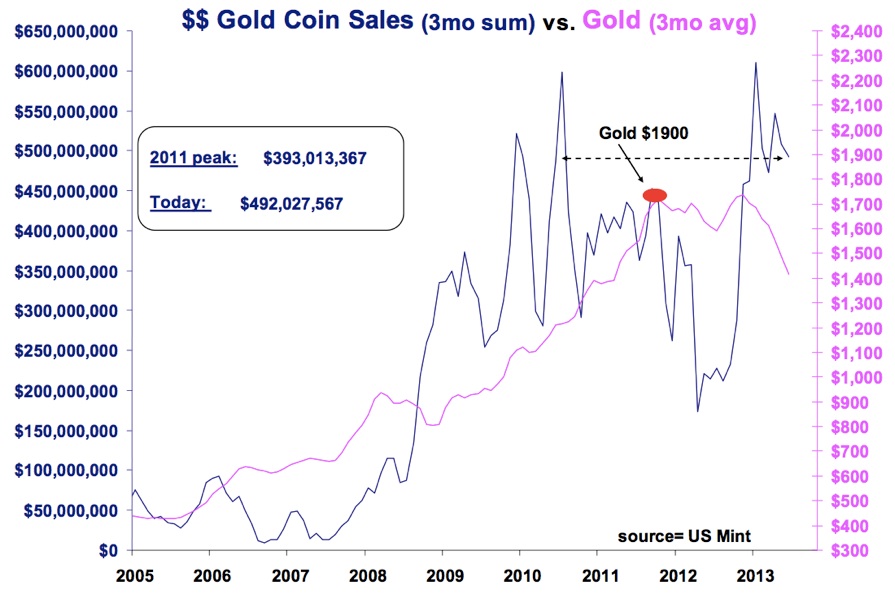 April data for China retail buying of gold, silver & jewelry show record sales.  Even if jewelry accounts for 40% of sales, that leaves $3 billion of gold & silver sales for the month...which is more than US Mint gold & silver coin sales for the past 12 months....

Even factoring-in China’s population is 4x that of the US, this is still a very very strong number.  According to the World Gold Council, Chinese demand of gold bars and coins grew to 109.5 tons in Q1 2013, which is 2.5x the 5-year quarterly average of 43.8 tons. 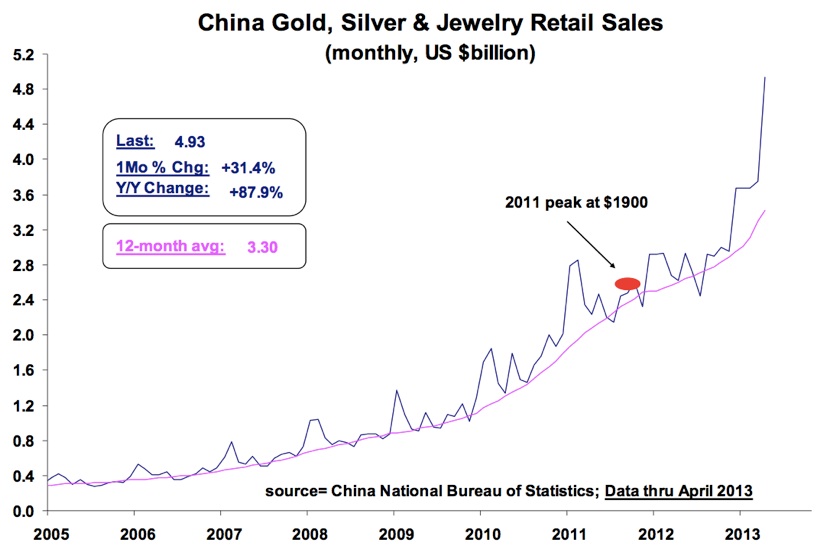 This chart speaks for itself.  The last time sales were even in single-digit (12 month) year-to-year growth territory was in December 2003. 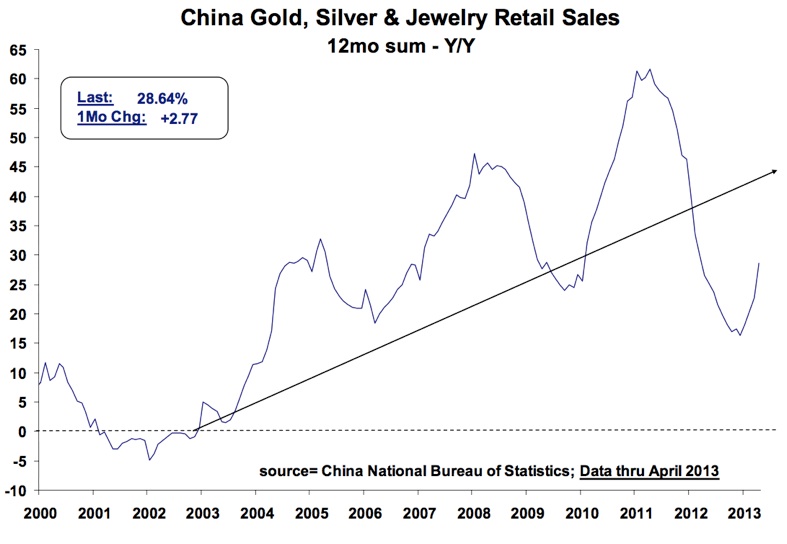 What’s worth noting, along with these charts/data, is the disparity in East vs West view of precious metals, especially when seeing China’s retail gold & silver sales at such astonishing levels compared to ours.  In the East, they view gold as a store of wealth and have become regular buyers.  In the West, even while it is also considered a store of wealth, gold is largely not on the public’s radar.

US Mint sales are strong, yet in order to match data out of China (adjusted for population gap), sales would have to be about 3-fold what they are today.  Interestingly, a recent video showed a man trying to sell a one ounce gold coin, which at the time was worth $1,600, for just $20.  This took place in one of the wealthiest places in the west coast of the US.  There were no takers even at $20.  This quite clearly illustrated that the vast majority of all people in the US don’t even know what gold is worth!

If you were to try this in the streets of Shanghai, you’d be met with a 100-person curb-side bidding war inside of a minute or two.  This sentiment gap will quickly narrow as gold makes its next impressive move and the public at large realizes that all is, in fact, not well in the world, and that the FED isn’t likely to back off on QE for a long time to come.