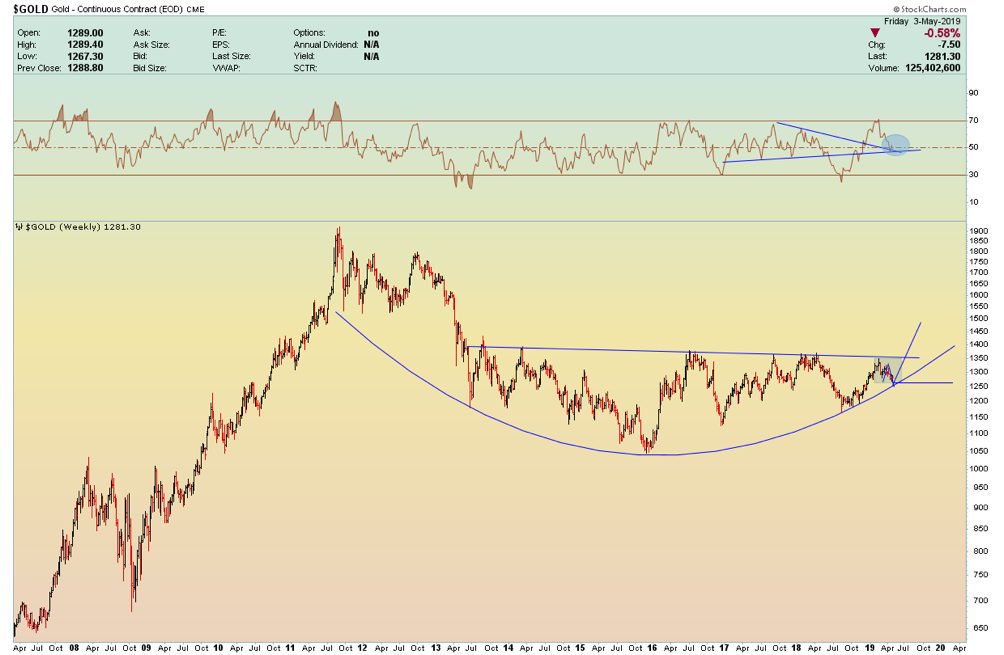 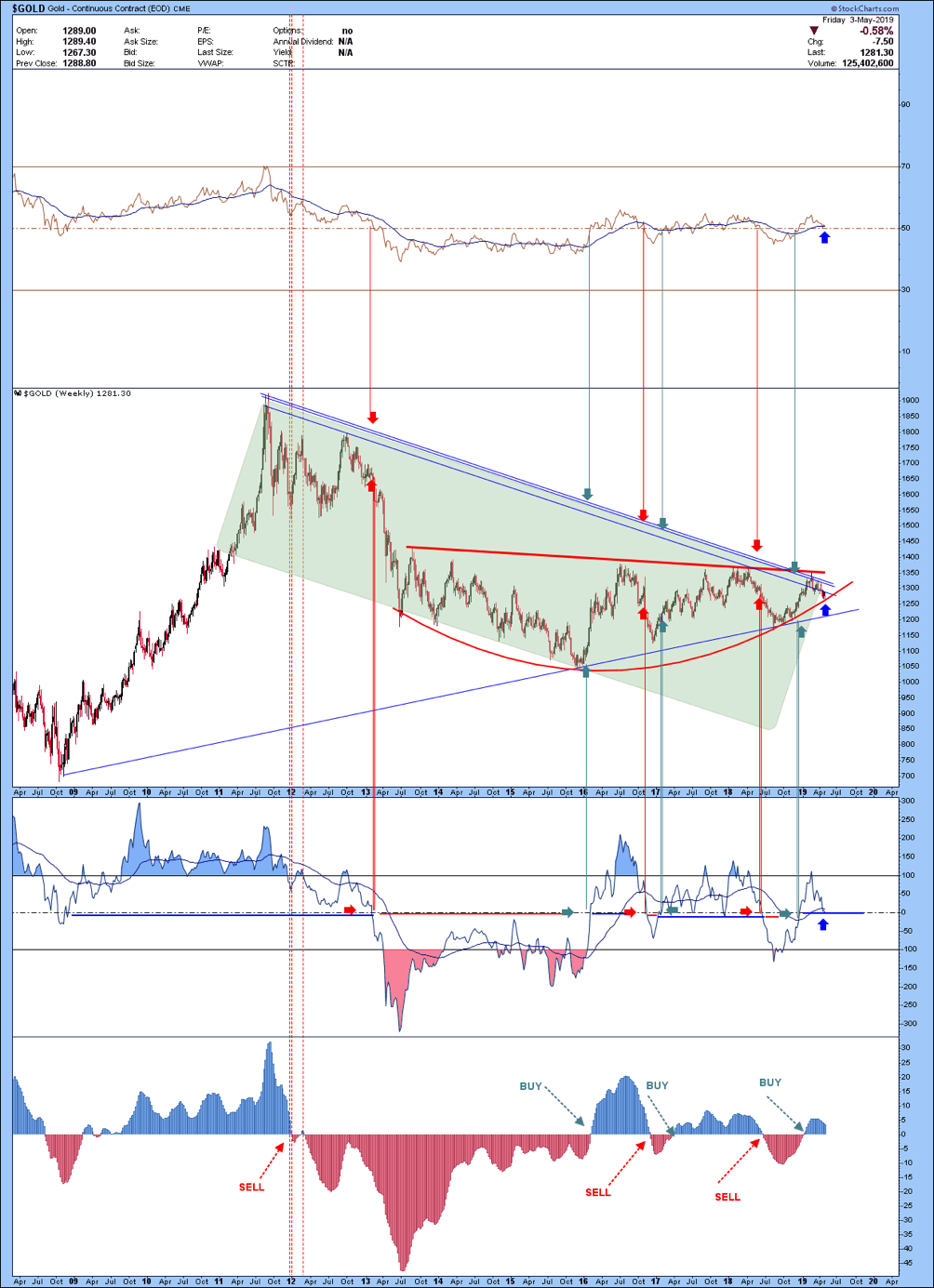 In my report dated 17th March, 2019 I signaled a technical structure with a rounded base and the weakness was still physiological, but in perspective, the second half would represent the ideal period for the breaking out of the resistance in the area of $1350...

The recent downward movement has led to retesting the rounded base and now - with Friday close – gold has completed the correction in three waves (classic corrective movement) so now we are in the ideal condition to attack $1286-$1300 first and then the decisive resistance of $1350.

For now, the long-term indicators have not given any long-term bearish signals, so the overall scenario remains bullish. In the short term, gold is a little below its key level at $1286 and if we see a five wave rally (in silver, too) it would be a strong sign to support a move higher from here. 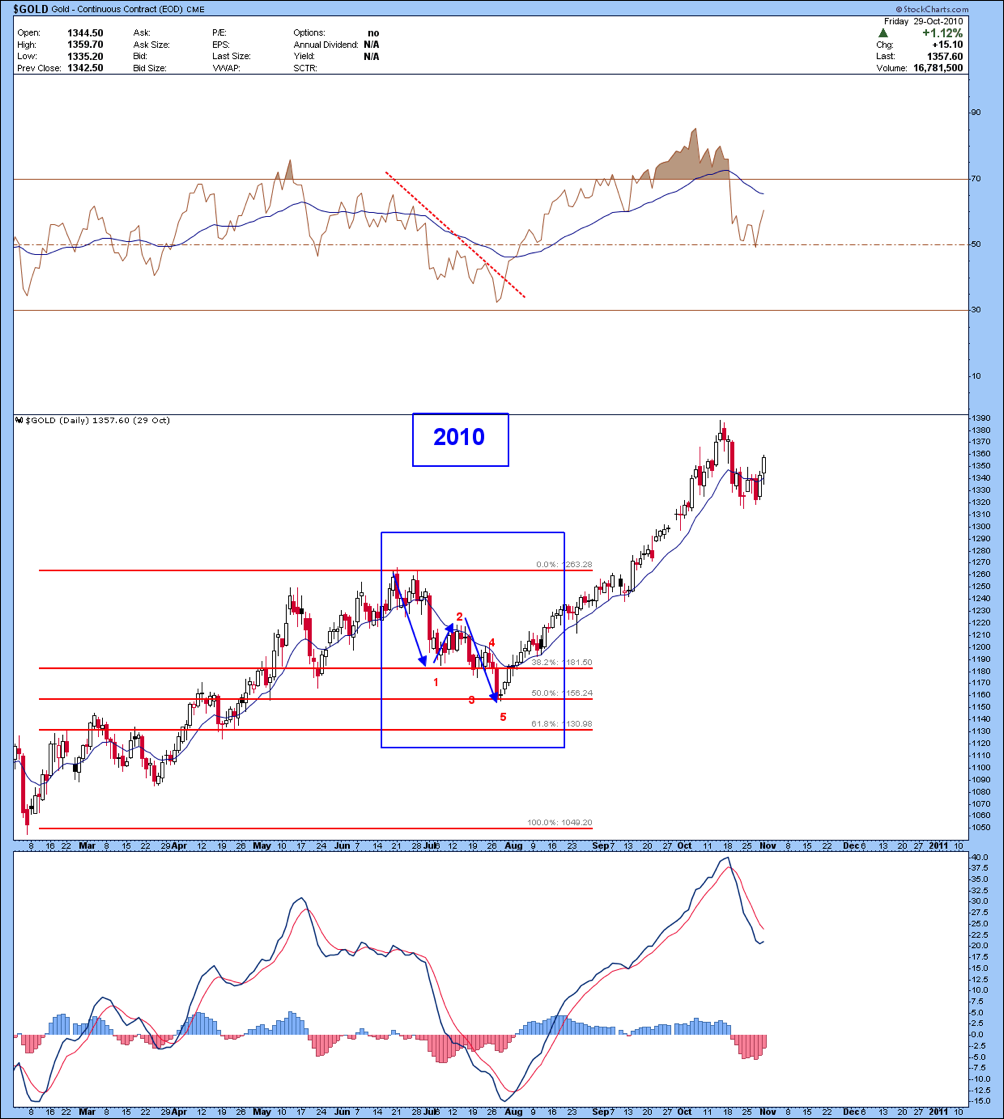 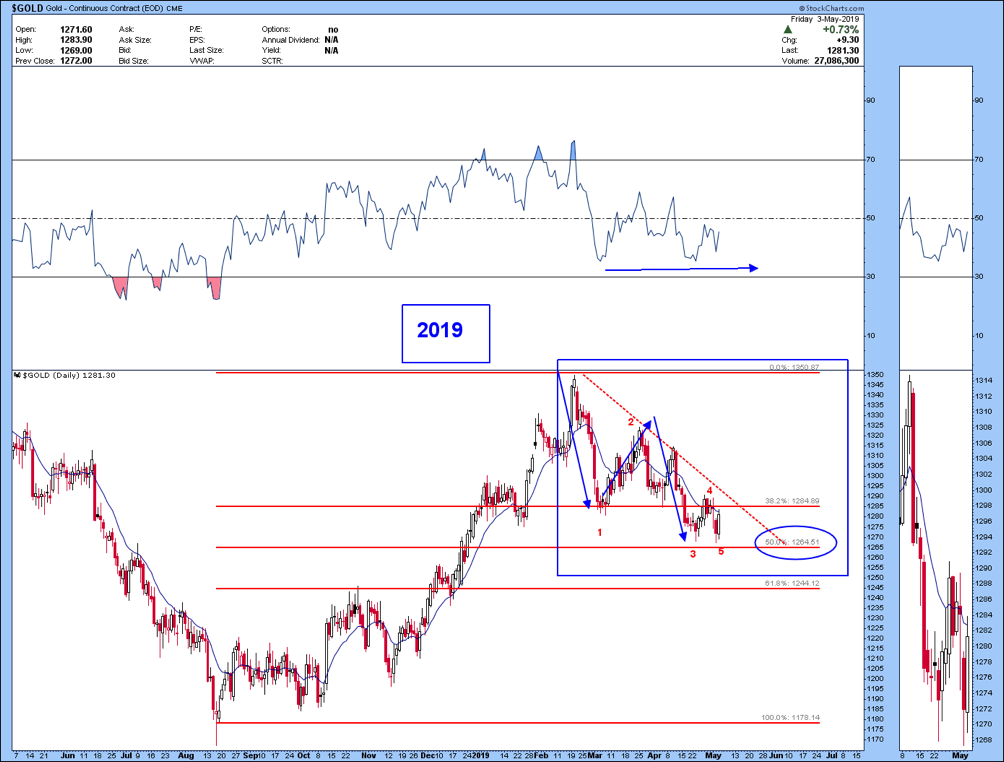 The current bearish phase recalls what we saw in 2010: a movement in five waves with a retracement completed on a Fibonacci level of 50%. In the current situation, the positive divergence with the RSI confirms the hypothesis that the correction is now complete. The three-wave correction is usually bullish and is reinforced by the Elliott count of five waves, in the classic retracement. The key level at this point remains $1266, which should be considered the level to be monitored in the coming days. 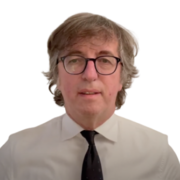 Stefano Bottaioli is an investment consultant working since 2000 at Banca Consulia. He has worked in financial markets as technical analyst, portfolio manager, chartist and consultant. He combines cyclical analysis with technical systems, discretionary charts, all based on Elliott and DeMark systems. Stefano publishes a financial Blog – www.stefanobottaioli.it – a daily appointment regarding the news from the markets, opportunities and trading ideas above all in commodities, such gold & gold stocks (available mainly by subscription).