The gold reserves, valued at around 68.62 billion $, remained unchanged from that at the end of October, according to data from the People's Bank of China. 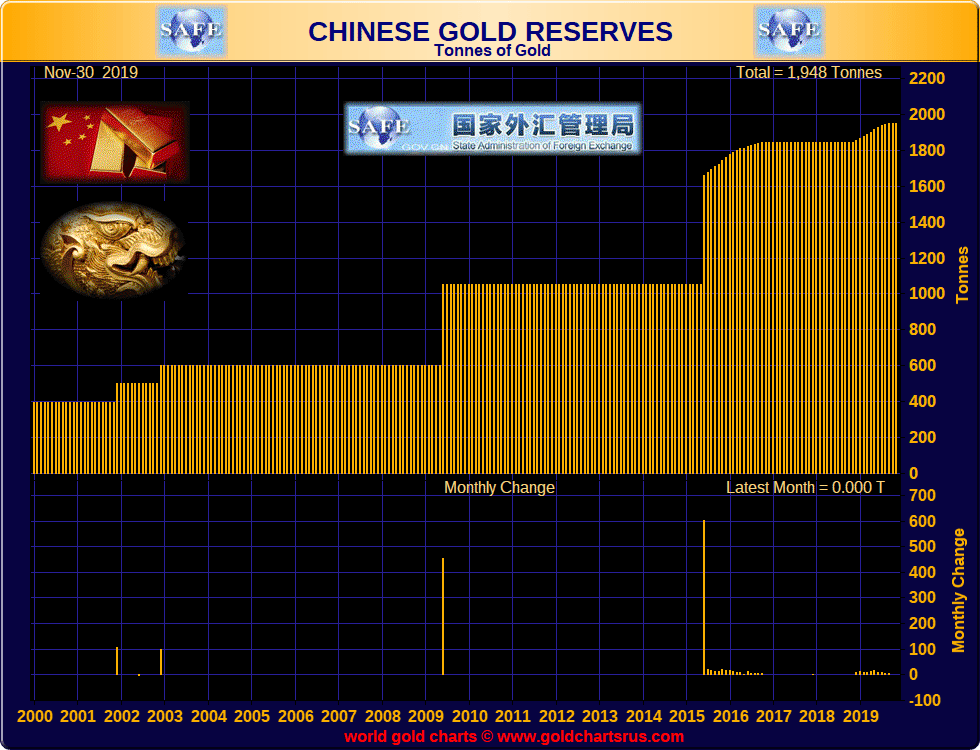 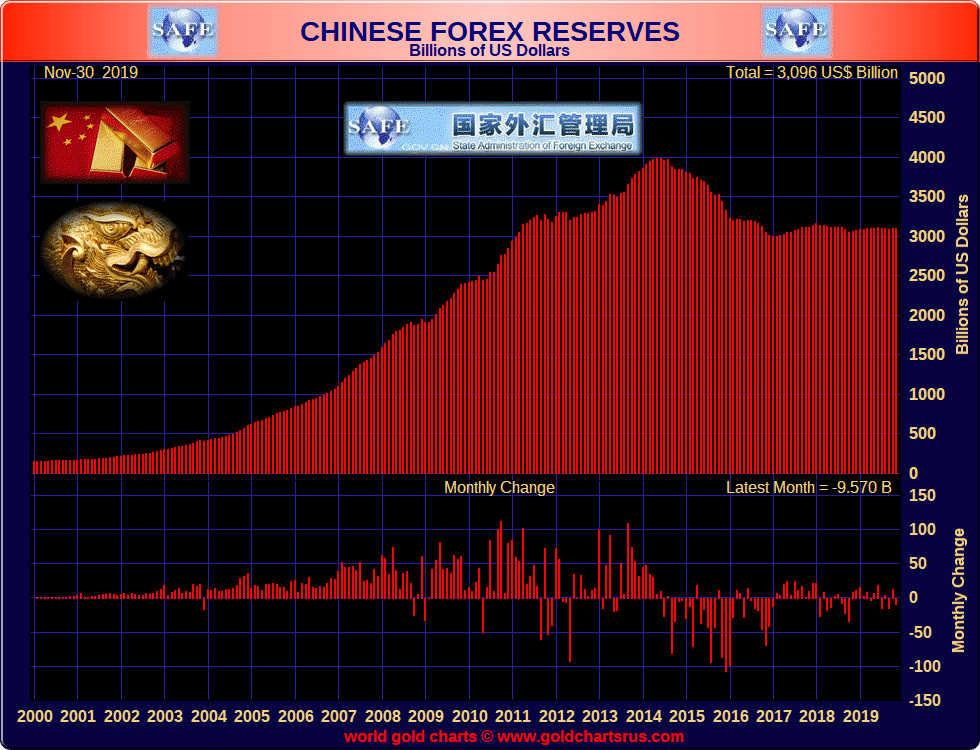 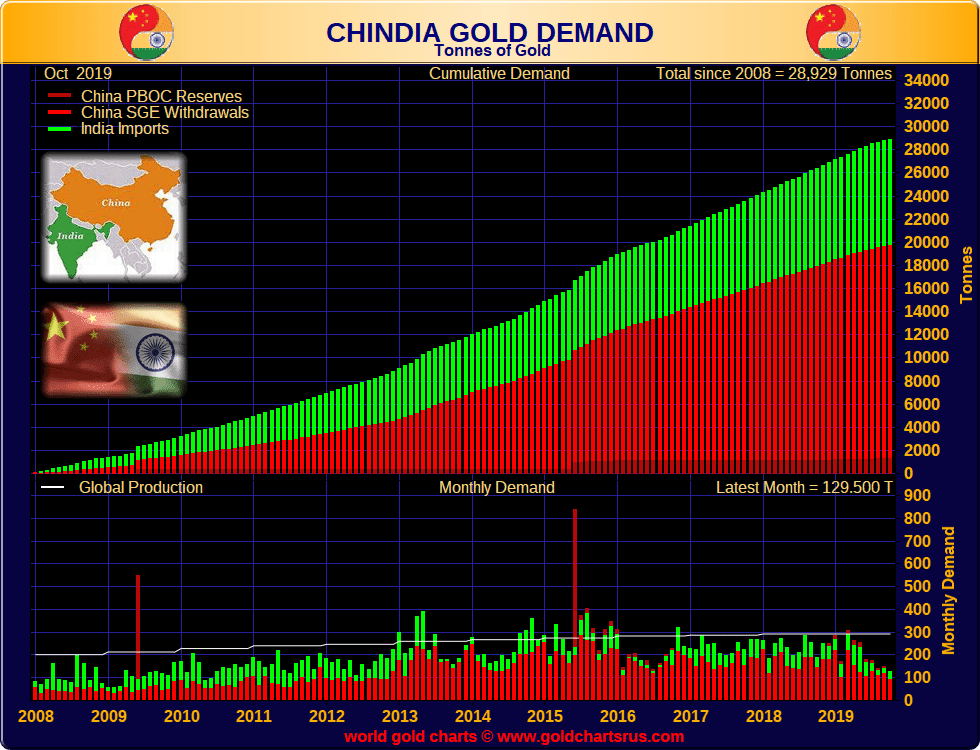 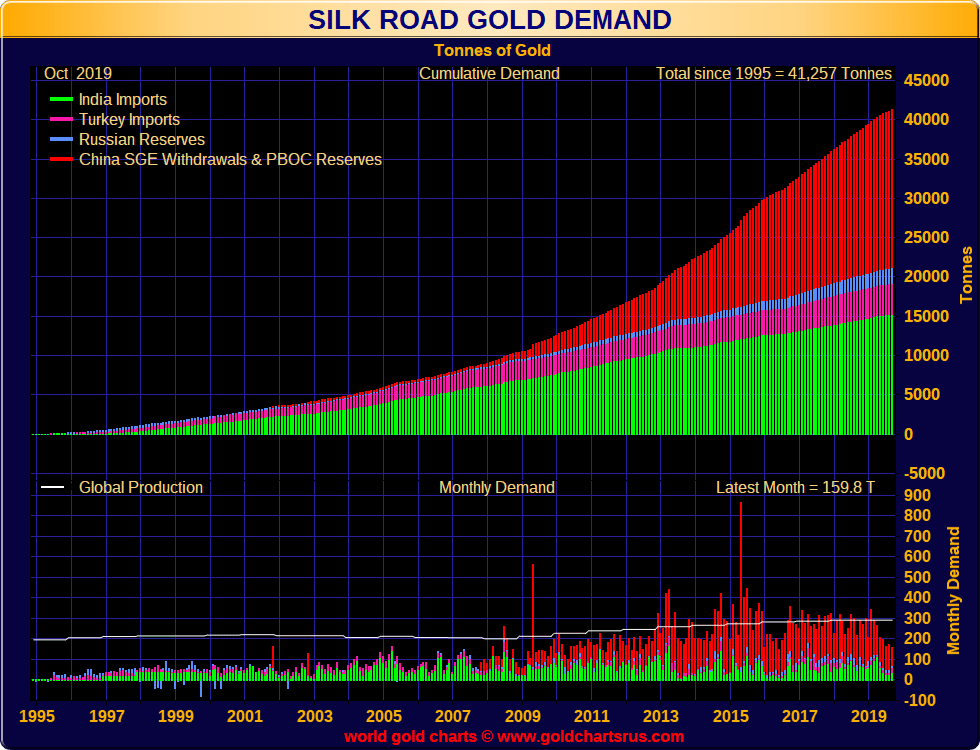 SGE withdrawals for November were 119.426 tonnes. 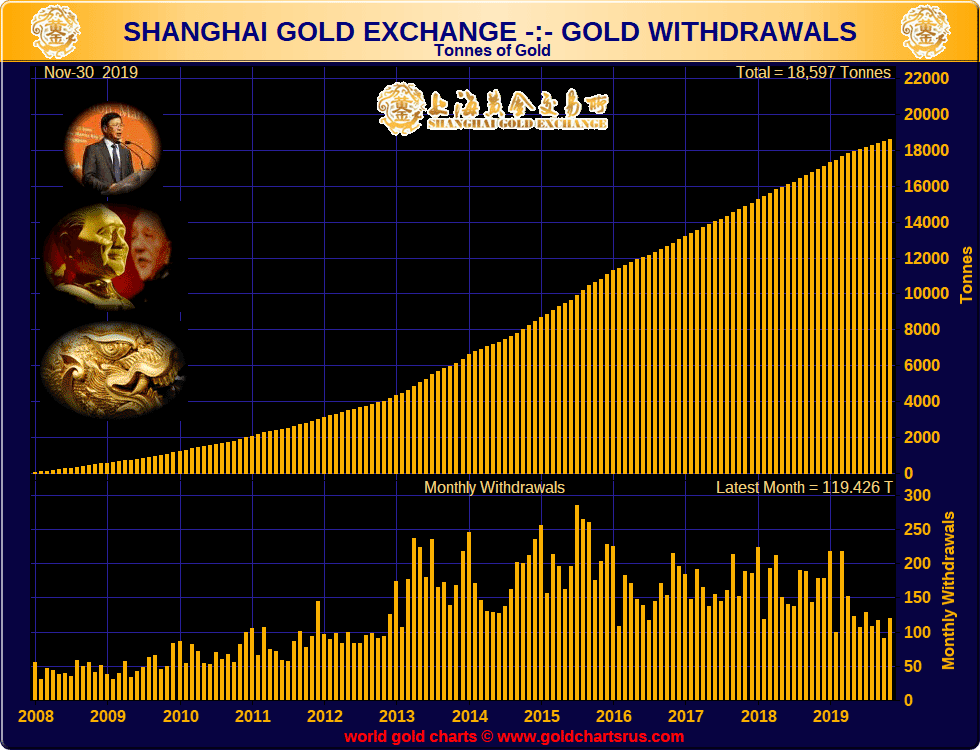 I opened Sharelynx.com up in 1998 and have spent the last 16 years making charts and collating data. I have been saving, storing and collecting all facets on gold for the last 3 decades and have built up a huge collection. I'm a one man show doing all the hosting webpage design and installation plus chart creation and databasing. I also supply charts and datafeeds to a number of other gold themed websites. In the late 1990's I was very active on the Kitco Gold Forum and then later on the LongWave forums. Since mid 2005 I have pulled away from any public interaction with forums and now spend all my time collecting and collating data and making charts and new webpages.