The ECB accelerated its asset purchases, but unless the Fed follows suit, gold may continue its bearish trend.

On Thursday (Mar. 11), the European Central Bank decided to accelerate its asset buying under the Pandemic Emergency Purchase Program :

Based on a joint assessment of financing conditions and the inflation outlook, the Governing Council expects purchases under the PEPP over the next quarter to be conducted at a significantly higher pace than during the first months of this year.

The decision came after a rise in the European bond yields that has mirrored a similar move in the U.S. Treasuries (see the chart below). Christine Lagarde, the ECB President, was afraid that increasing borrowing costs could hamper the economic recovery, so she decided to talk down the bond yields. 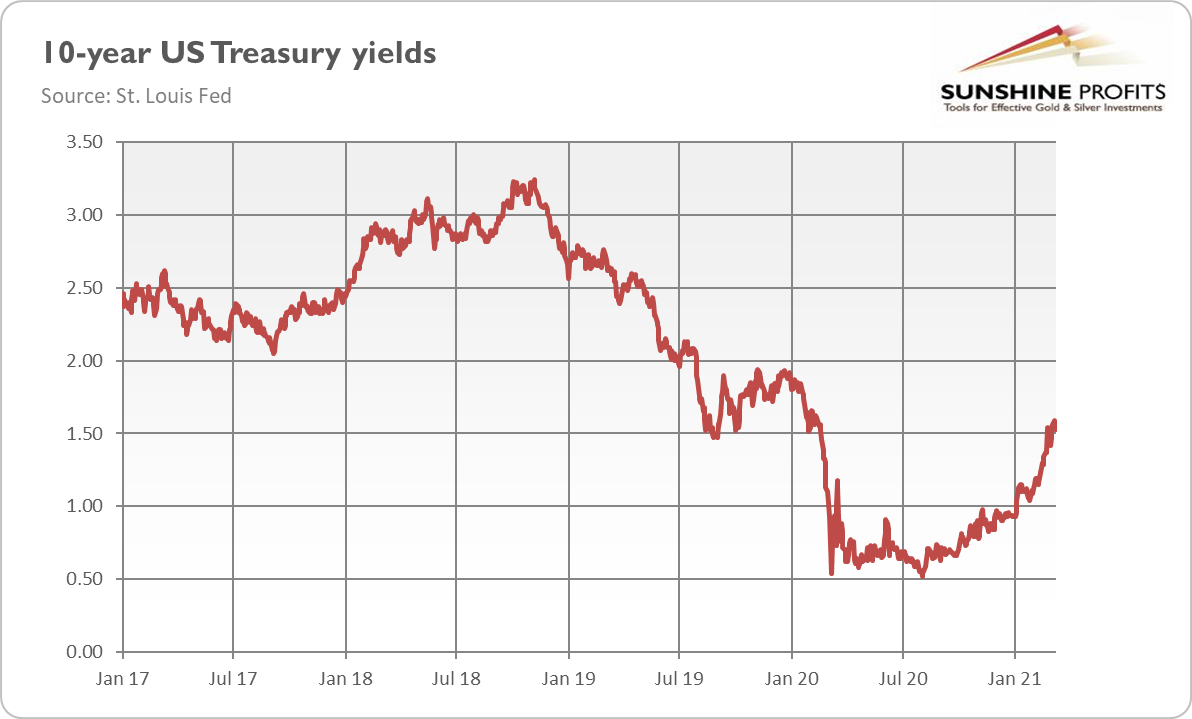 Indeed, the growth forecasts for the EU have deteriorated recently amid the persistence of the pandemic and painfully slow rollout of the vaccines. According to the ECB, the real GDP of the bloc is likely to contract again in the first quarter of the year. So, the increase in the market interest rates could additionally drag down the already fragile economic recovery:

What does this all mean for gold prices? Well, the ECB’s move should prove rather negative for the price of gold, at least initially. This is because the loosening of the European monetary policy could weaken both the euro and gold against the U.S. dollar. Indeed, as the chart below shows, although the price of gold increased on Thursday, it declined one day later. 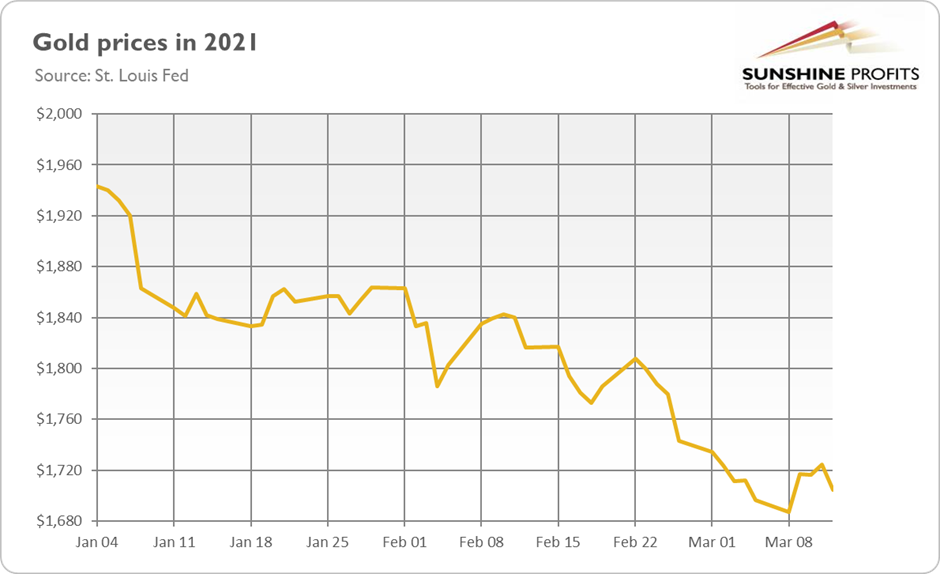 Moreover, the acceleration in the ECB’s quantitative easing could further widen the divergence in the interest rates (that started rising in the third quarter of 2020, as one can see in the chart below) between the U.S. and the EU, which should also support the greenback at the expense of the yellow metal. 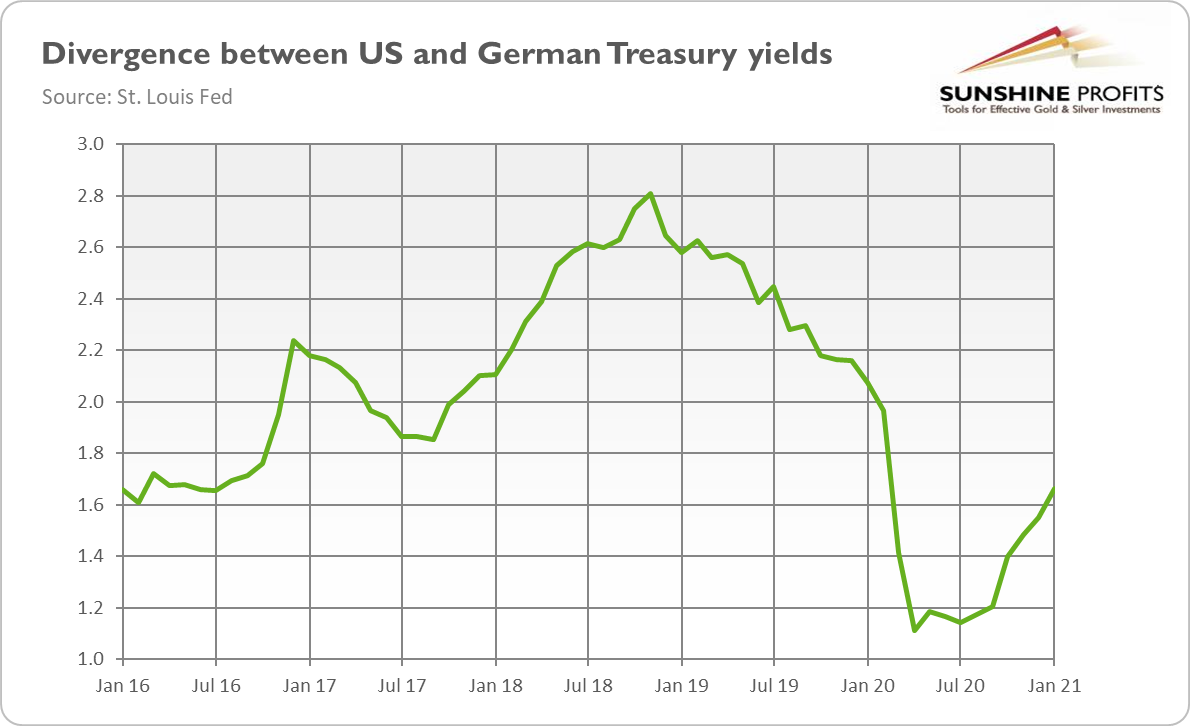 On the other hand, the fact that the ECB has intervened in the markets – announcing acceleration in the pace of its asset buying program, after a certain rebound in the bond yields – could turn out to be positive for gold prices, at least in the long-run. This is because it shows how fragile the modern economies are and how dependent they have become on cheap borrowing guaranteed by the central banks.

As I noticed earlier in the past, we are in the debt trap – and the central banks will not allow for the true normalization of the interest rates. The latest ECB’s action is the best confirmation that suppression of the real interest rates will continue, thus supporting gold prices. After all, the ECB has effectively put a cap on bond yields, introducing an informal yield curve control.

So far, only the ECB has intervened in the markets, but other central banks could follow suit. This week, the Fed will announce its decision on the monetary policy. And we cannot exclude that the American central bank will also signal a more dovish stance to calm the turmoil in the bond markets and prevent further increases in the interest rates. One thing is certain: gold needs some fresh dovish hints from the Fed to go up. Unless the Fed further eases its stance, I’m afraid that gold will continue its bearish trend.