It drives you absolutely mad to see a whole world living a lie. How can anyone believe that the fake world the Fed and their fellow central bankers have created has anything to do with reality. We have fake money, fake markets, fake companies, fake banks, fake interest rates, fake income, fake pensions, fake social security, fake wealth, fake bail outs, fake buildings, fake holidays, fake cars etc which create false lives for most of us especially in the West. All these fake material values have also created false moral and ethical values.

IT IS ALL AN ILLUSION 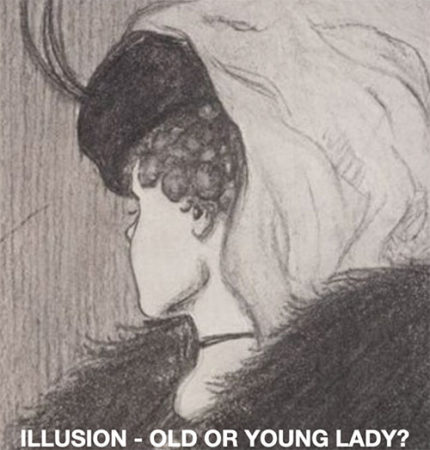 So you might ask how can it all be fake when we can touch it, use it, or experience it. For people who don’t understand that it is all fake, let me say that we will all soon realise how fake it was. Because many of these things that we perceived as real were all an illusion.

An illusion is defined as “an act of deception” or “something that produces a false or misleading idea of reality. And that is exactly what we have been exposed to. The world had been deceived but we have all believed that it was real.

There is a perception in the world that things will continue as they are and that the Deep State is going to control us all in a totalitarian world. What few realise is that the Deep State or Powers That Be are going to lose control totally. They are totally dependent on the world in which they can control everything through debt and the fake monetary system they have created. But let me make it clear that this fake system is about to implode.

$QUADRILLIONS WILL GO UP IN SMOKE

Before the crisis which has just started is over, global debt, derivatives and unfunded liabilities (medicare, pensions) will virtually all disappear. We are looking at sums in the quadrillions of dollars. How much depends on how much extra debt is created before it all implodes. As the debt goes to zero, most of the assets that were financed by the debt will also lose 90-100% of their real value. This is when the world will discover that all these things we thought had a real worth are actually worthless.

In this scenario, the ones in control of the money will have lost their power since the printing press has stopped functioning, and money has died. Also, after the collapse of the present monetary system, leverage will disappear and any financial institution will only lend what they have in actual deposits as was the case when banking started 4000 years ago.

This dystopian system is difficult for most of us to imagine since it would lead to a very different world. It is possible that instead of the whole system coming down in one fell swoop that it happens in stages over an extended period. But I fear that things could go very quickly. What is clear is that the world is now starting a secular decline that’s never been seen before and this on a global basis. The first stage of this decline has now begun and will be totally devastating for the world. However incredible this scenario appears, it is the only possible outcome.

NOTHING WILL BE THE SAME

The falsity of the current system will soon become apparent. Let’s take some obvious examples of what this false or misleading idea of reality means.

1. Jobs – the unemployment rates we are now seeing of 15-39% depending on how you measure, will become permanent. Many employed and self-employed will not get their job back. The government has no money to pay these people. Printed money is an illusion and has zero value. Take the UK where now 50% of the adults are being paid by the government in subsidies, unemployment benefits, state employees, and state pensioners. That situation can of course never last. Paying non-productive people with worthless money does not create a sustainable society.

2. Pensions – Pension funds will not survive. They have three principal asset classes – Stocks, Bonds, and Property. All three will lose most of their value in real terms. All unfunded pension schemes will remain unfunded since there will be no money to pay the pensioners.

3. Airlines – Many airlines will go under. Any remaining ones will be extremely costly to operate leading to fares increasing substantially. Fewer people will fly due to high costs. Business travel will go down significantly both for cost reasons and because people have recently discovered that meetings and conferences can be conducted on Zoom or Skype.

4. Hotels, Tourism – Tourism will decline dramatically due to high unemployment and high costs. Mass tourism will totally die. The conference business which is a vital income for hotels will also dwindle. Much of it will become Video conferencing. Most of the luxury hotel market will die.

5. Offices – Big offices in city centres will disappear. The world has discovered, during the Corona quarantine, that working from home is extremely efficient and convenient. It is also better for family life. Big offices will disappear, instead there will be small offices which don’t have to be in city centres. So there will be less commuting, less pollution and a better quality of life.

6. Big Cities – The need for big cites will diminish dramatically. As people work from home or small regional offices, big cites will shrink and many will become ghost towns. Retail in big cities will die.

7. Big Companies – Many will be broken up. Globalism with big dominant global businesses will disappear. Countries will become more self-sufficient with most production becoming domestic.

8. Banking & Finance – Most big banks will disappear as the financial system implodes. Without massive debt, derivatives and leverage, banks will go back to where they started – financing trade, commerce, and industry. There will be no investment banks or proprietary trading. Central banks will disappear or have a very much diminished role. There will be virtually no money printing. There will be no manipulation of money or interest rates. Market swings will be based on supply and demand and not central bank interference. I do realise that some of this sounds like wishful thinking. But it is a natural reaction to the current false and diseased financial system.

9. Hedge Funds & Private Equity – These players will disappear as they are totally dependent on massive leverage and debt. They have no place in a system based on sound money. Most hedge funds will go under in the coming collapse as counterparties fail and derivatives become worthless. Private equity has destroyed many good companies by lumbering them with heavy debt and taking all the equity out.

The list above could be much longer but this is just a taste of all the changes that will take place over the next few years and decades. It will clearly be a gradual process but the first stages could happen quickly if a major part of the financial system doesn’t survive the imminent shocks.

THE WORLD NEEDS A FOREST FIRE

The transition from a world based on the golden calf and false values will be devastating. But there is no other way to end an era based on fake money and fallacious premises. The world could never continue to grow and prosper with a mountain of debt and liabilities that can never be repaid or even serviced. We need a proper forest fire that burns it all down to the ground and prepares the way for a sounder world with new green shoots.

Going from a sick system to a soundly based system will clearly involve a lot of suffering. But this is the punishment that the world must go through. Many will suffer and many will die prematurely as a result of poverty, famine, disease, and wars. The scale of this devastation will be multiples of the Coronavirus.

THIS TOO SHALL PASS

The world economy has always gone in cycles. If the laws of nature and supply and demand were allowed to determine the length and amplitude of the cycles, they wouldn’t reach the extremes we are now experiencing. But when mankind interferes in the shape of governments and central banks, these cycles reach extremes which can have disastrous consequences as the world will soon encounter.

But remember that “This too shall pass” and when the world comes out on the other side, it will be a better world. Many things will improve, like family values as well as moral and ethical values. A close group of family and friends will be essential during the coming hard times. And remember that so many things in life are free like friendship, discussions, nature, music, and books. Buying gadgets and traveling to the other side of the world only give us ephemeral joy.

Stocks will soon give the world another shock. We saw the all-time bubble top in the Dow on February 12th, followed by a 38% fall of over 11,000 points. The investment world is assuming we will have a V or U recovery. Sadly, it will be neither. Instead another major fall is around the corner. It is likely to be greater than the first one before it pauses. What is clear is that stocks, like the economy, have started a secular downtrend which will be devastating. The fall will not stop until stocks are down more than 95% in real terms.

As I have been writing and tweeting about lately, the world is starting to discover that paper money cannot survive when central banks are printing it to death. Gold and silver have for the last twenty years told us this. We are now getting the signal that the uptrend in the metals will accelerate rapidly.

If you want your savings to survive the coming crisis, hold physical gold and some silver. Don’t store it in a banking system that is unlikely to survive. Silver is leading the current surge in the metals which is a good sign since silver is the leading indicator for big moves in the metals. Silver will move up many times faster than gold but remember that it is extremely volatile. So if you want to sleep well at night, hold more gold than silver.

Forget about what price the metals will reach. Even in today’s money, whatever figure you think of will not be enough. And in hyperinflationary money, the price move will be exponential measured in worthless paper money. So don’t think about the value of gold and silver in dollars or euros. Just remember that gold is the only money that has survived in history. It is therefore the best form of wealth preservation and insurance against a bankrupt financial system.

P.S. The title of this article “The Forest Fire is Here” alludes to a previous article I wrote back in 2009 and again in 2018 called the “The Dark Years Are Here”. It makes some interesting reading, especially since it now seems that they really are here.