A multi-year drive to reduce exposure to U.S. assets has pushed the share of gold in Russia’s $583 billion international reserves above dollars for the first time on record.

Gold made up 23% of the central bank’s stockpile as of the end of June 2020, the latest date for which data on the breakdown is available, according to a report published late Monday. The share of dollar assets dropped to 22%, down from more than 40% in 2018. 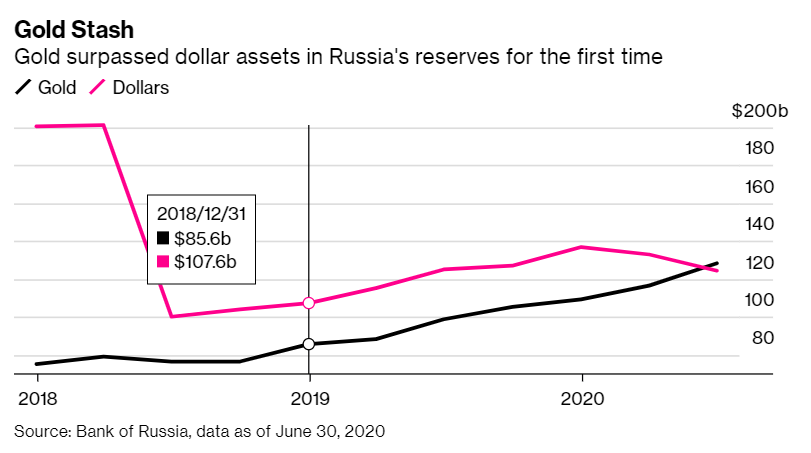 The shift is part of a broader strategy outlined by President Vladimir Putin to “de-dollarize” the Russian economy and lower its vulnerability to U.S. sanctions amid deteriorating relations with Washington. Gold is now the second-biggest component of the central bank’s reserves after the euro, which makes up about of a third of total assets. About 12% of the stash is in yuan.

The increase in Russia’s gold reserves was aided by a 26% surge in prices between June 2019 and June 2020. The central bank also bought $4.3 billion worth of the precious metal over the period, according to the report. 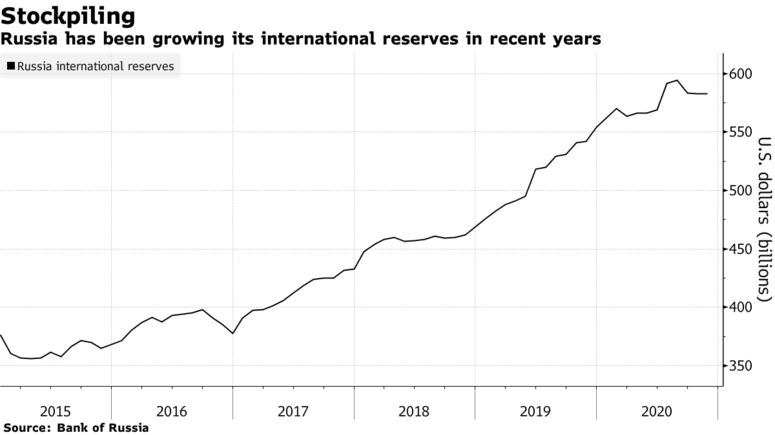 Russia spent more than $40 billion building a war chest of gold over the past five years, making it the world’s biggest buyer. The central bank said it stopped buying gold in the first half of last year to encourage miners and banks to export more and bring in foreign currency into Russia after oil prices crashed.