In a world of manipulated economic figures and markets, it is not always easy to maintain your sanity. The world economy is now based on fantasy and hope and has very little to do with reality. But the problem is that virtually nobody understands this. Whether it is a bank analyst or a Nobel Prize winner in economics, they are all spreading the same false message. The Western press and news media are just reporting what governments and the elite are telling them. There is no analysis and no attempt to find the truth in anything. This is why we are now in an era of indoctrination and total brainwashing of the masses. Most people are totally apathetic and incapable of realising that they are being led down a path, both morally and economically, that will make life on earth a lot more difficult not just for the present generation but probably for several generations to come.

50 years’ experience and the biggest dangers are still lurking

Some of us understand the risks very clearly but the world at large just sees our message as prophecies of doom. For most people the debt explosion and the excesses are just normalcy and they believe that this will go on for ever. Little do they understand the risks and the need for taking steps to insure against these risks. And the risks are at many different levels, social, financial, economic, geopolitical including war and social unrest.

There is some advantage in having almost half a century of active business life. The school of life and personal experiences can never be learned from books. 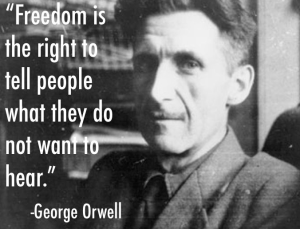 As a young banker in Geneva I remember the mining boom in Australia in the late 1960s. The nickel miner Poseidon for example went from $0.80 to $270 within a year. At that time, it was valued at three times Australia’s biggest bank. The stock quickly crashed and the company went bankrupt. We were fortunate to have Adolf Lundin as adviser on resource stocks. He spent a lot of his time in Australis at that time. Adolf is the deceased founder of the very successful Lundin Group. The 1970s was of course also extremely exciting for gold and silver investors with gold going from $35 to $850. In the next few years, we are likely to see much bigger moves in the metals with gold reaching in excess of $10,000 in today’s money. The global problems today are immensely greater than in the 1970s.

I came to the UK in the early 1970s and experienced the Opec oil embargo in 1973. Within a year oil had gone from $3 to $12 with devastating effects for the UK and world economy. I was finance director at Dixons that we over time built to the UKs biggest electronic retailer and a FTSE 100 company. But the journey was certainly not without major setbacks. Interest rates surged and in 1974 I paid 21% interest on my mortgage. Today, in most countries nobody could afford a 5% interest rate. And as they climb to 15% or 20% which I am convinced they will, nobody will be able to afford the interest of course. By nobody I mean both individuals, corporates and sovereign states.

Stock markets worldwide also collapsed in 1973-4. The FT index declined by over 60% and the Dow by nearer 50%. I had my first options in the company at 130 pence and the stock went down to 9 pence. Dixons was always profitable and had no debt problems. It was a good lesson in what can happen to stock prices even in strong companies.

We also had a coal miners’ strike in the UK which led to major nationwide electricity cuts. Our shops only had electricity for 3 days a week. The other days we sold TVs and radios in candle light. There was also a dustman/garbage collector strike. London was full of rubbish everywhere in the streets. We also had serious IRA bombings in London and all over the UK.

Thatcher and Reagan rode the wave

Eventually things improved and the cycle turned. Thatcher and Reagan were lucky to become leaders at the right time and could ride the new up cycle. I am quite cynical when it comes to leaders. I think they are instruments of their time. They are not the ones who bring about change but they are the right people to implement changes that were meant to happen due to the turn in the cycle. Clearly Thatcher and Reagan were excellent leaders to execute the changes that the cycle brought about.

And so in the 1980s, the boom started with bull markets in everything from stocks, property, bonds and also in credit expansion and money printing. Financial market regulations were lifted in many Western countries and this started the major international expansion of US investment banks into worldwide dominance and their current oligopoly position. It also led to the massive build-up of financial weapons of mass destruction called derivatives. 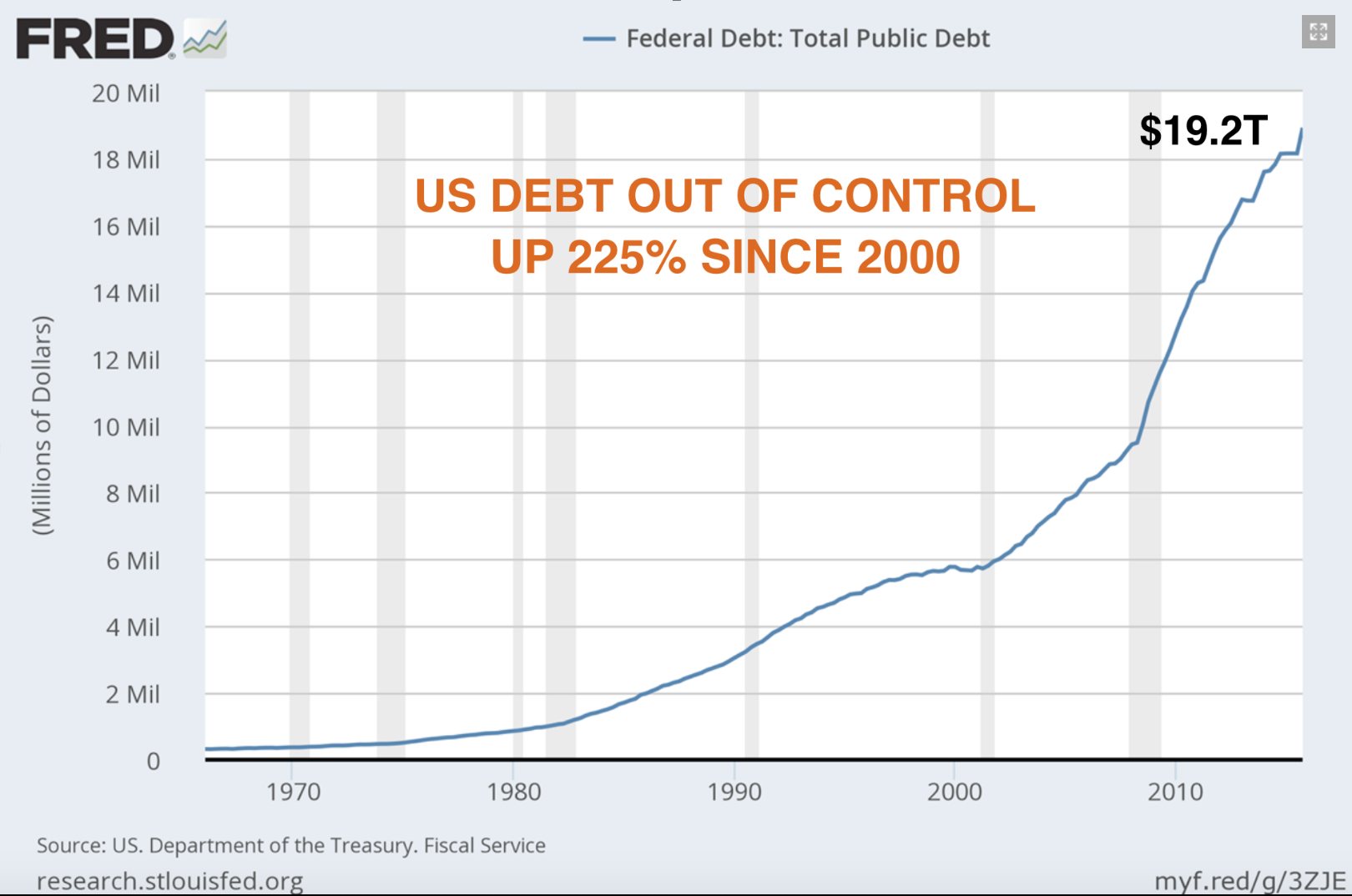 We had some serious setbacks in bubble asset markets in 1987 and 2000 but the just gave extra incentives to governments and central banks to flood markets with more credit and printed money. Everybody loved Greenspan although no one ever understood what he said. But that didn’t matter because his financial shenanigans made stocks and property boom. And when Bernanke took over, everybody admired his ability to more than double US debt from $8 trillion to $17 trillion, especially since he did it in 8 years only. It had taken the US over 200 years to go from zero debt to $8T but Bernanke managed to more than double US debt in just 8 years. I am sure that this record won’t last for long. Yellen and her successor will need to print much, much more to save the US and world economy. I don’t think $100s of trillions will be enough but more likely quadrillions. And however much they print, it won’t have any effect this time whatever Krugman and the Keynesians say. It is just not possible to solve a problem with the same means that created it in the first place.

Currency debasement, manipulation and repression will lead to defaults

Retuning to my 50 years’ professional experience, I have been lucky to live in an era of peace and economic prosperity. But gradually since the gold backing of the dollar was abolished in 1971, real economic growth based on hard work, savings and investment has been replaced by currency debasement, credit expansion, money printing and financial manipulation or repression. And what is absolutely certain is that the unsound economic climate that we currently have cannot last. It is not a question of IF only of WHEN it will end. Of that I am 100% certain. The massive build-up of debt since the 2006-9 crisis is a futile and desperate attempt to put Humpty Dumpty back together again. But sadly the world cannot be put back together this time. 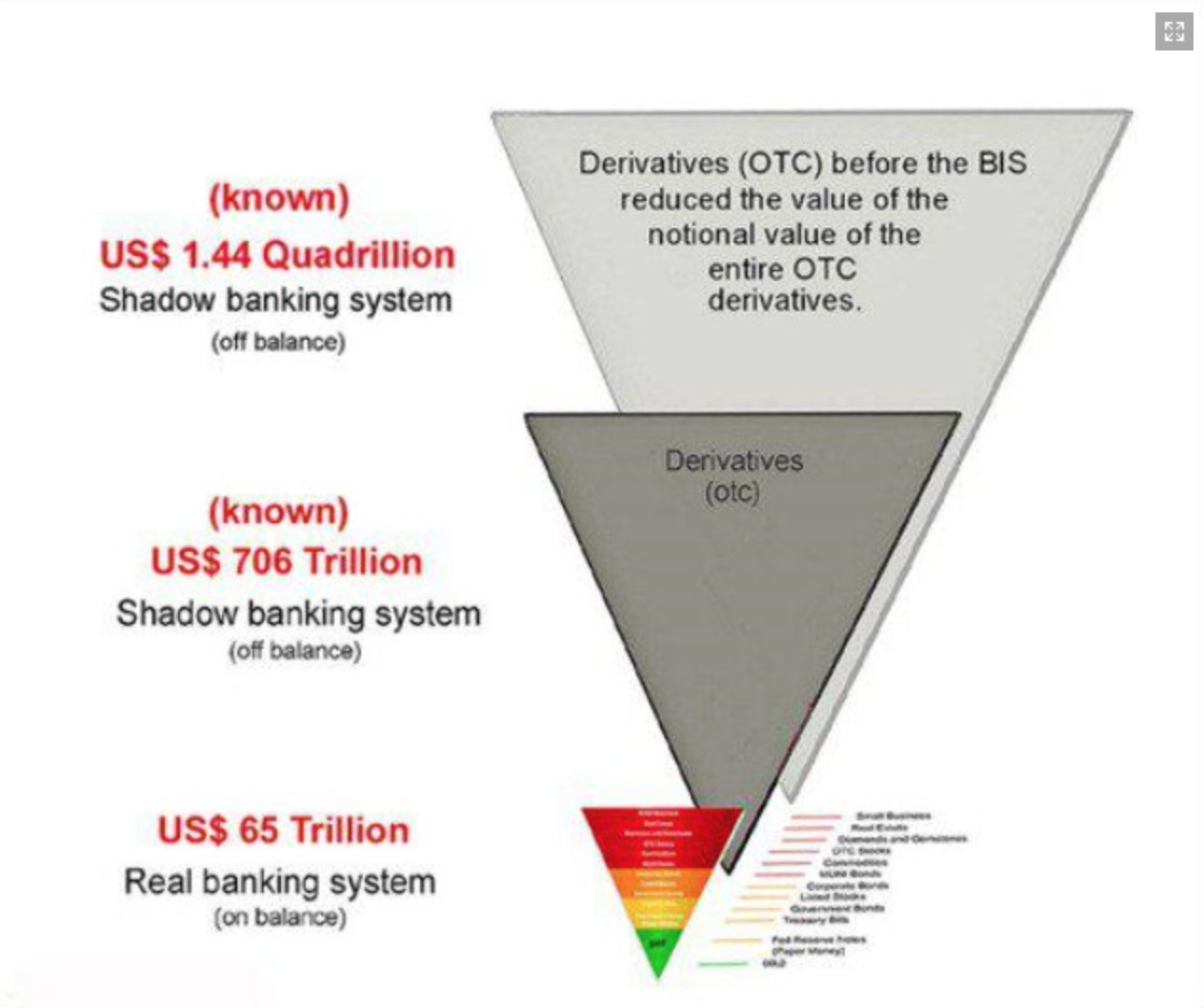 If we scratch under the surface, we find a plethora of insoluble problems on every continent and in every country whether it is exponential debt explosion in Japan or China or a bankrupt EU with the added problem of the migrant crisis. Most emerging markets are on the verge of collapse as commodity prices are collapsing and China’s expansion has stopped. But the biggest problem is of course the US. This is a country that has lived above its means for over 50 years. Since 1960 the US has not had a real budget surplus. Debts, including unfunded liabilities, are $230 trillion and to that we can add a worthless derivative position of at least $400-$600 trillion. This guarantees that the US will default at some point not too far away and that the dollar will sink into the ocean.

I know that the US government and media are telling everyone that the US is in excellent shape. Unemployment is at 5% and the stock market is near the high. Thanks to manipulated figures and total apathy of the media no one is interested in the real figures or the truth.

I know that the US government and media are telling everyone that the US is in excellent shape. Unemployment is at 5% and the stock market is near the high. Thanks to manipulated figures and total apathy of the media no one is interested in the real figures or the truth.

Let me just take a few examples like US median real earnings being at the same level as in the 1970s. Real unemployment is not 5% but 23%. And S&P GAAP earnings are down 25% from the peak. If we take real S&P earnings and adjust for share buybacks, they are down 30%. But nobody looks at the real figures. Whatever the Government or Wall Street reports is accepted as the truth without any critical analysis.

It is not my intention to spread a message of doom and gloom. What I am trying to achieve is to make people aware of the truth and the risks. And the risks in the world are greater than ever. Therefore, people must take whatever protective measures they can depending on their circumstances. An obvious insurance against these risks is physical precious metals stored outside the banking system and outside your country of residence. But there is a major risk that the premiums will rise very soon or that this insurance will not be available due to severe lack of product.

Many countries will introduce exchange controls and especially the ones with collapsing currencies. The EU, USA, UK, Japan and many more are likely candidates. There will also be food shortages and bank failures. Big cities will be an unpleasant place to live.

It is clearly difficult to predict the exact timing of these events but forewarned is forearmed. And as I have stressed before, family and a close circle of friends is more important than anything else in periods of crisis.