Today, we are going to continue sharing our thoughts on de-dollarization, starting with the question of oil, one that crops up regularly in these posts.

Indeed, we had looked in various articles at how energy, particularly fossil fuels, was still at the heart of the economy, in the same way that metals are too.

The 2021 edition of the world-famous report "In Gold We Trust", edited by Ronald-Peter Stöferle and Mark J. Valek from the investment and wealth management company Incrementum AG, confirms to us certain avenues around de-dollarization that we are going to explore in more depth, while translating the data from them.

Currently, Saudi Arabia is still the world's largest oil producer in the world, whereas China is the biggest importer of it. This relationship prompts us to pose a major question: at what point will we see oil being exchanged directly for Chinese currency (the renminbi, also known as the yuan)?

Saudi Arabia is at risk of finding it increasingly difficult to refuse to grant this wish - one that makes a lot of sense strategically - to its biggest customer.

Indeed, the relationship between the U.S. and Saudi Arabia, symbolized by the Quincy Agreement, settled the question of the trading of oil exclusively for the dollar right back in 1933. It was thus well before the meeting between the U.S. President Theodore Roosevelt and King Ibn Saud on board the USS Quincy, on 14 February 1945, that the petrodollar, a major instrument in the financial and geopolitical domination of the U.S., was established. Ever since, this agreement has guaranteed the U.S.’s monopoly on Saudi oil, in exchange for the military security that the U.S. superpower provides.

It is no exaggeration, however, to state that right now, China no longer has any reason to depend on the dollar, and thus on Washington. The same goes, indeed, for Europe.

Let’s not forget that oil is still the key energy source of mankind and of the current dollar-based economy. If this key geostrategic aspect of the U.S.’s political and financial supremacy were to give way, the pivot towards a different international model could be very significant.

Saudi Arabia therefore has a special role to play, which is not merely as another pawn in the battle between Washington and Beijing for global supremacy.

China now wants to turn its currency into a “petroyuan”. And Saudi Arabia is finding it increasingly difficult to deny its most important customer this wish. There is still no official confirmation that the two nations trade some of their oil in the Chinese currency. Riyadh does not yet allow itself to provoke Washington in this way. But the announcement made in November 2020 by Saudi Aramco about the possibility of bonds being issued in yuan allows us to predict what might be being concocted behind the scenes.

The End Of The dollar…

The idea that the U.S. dollar could be replaced as the global reserve currency is not new and new advocates of this idea emerge each time there is a financial crisis, even in the United States.

Recently, for instance, at the height of the Covid-19 crisis, the Yale economist Stephen Roach caught the eye of many by painting a particularly negative potential future for the U.S. dollar: "The era of the U.S. dollar’s “exorbitant privilege” as the world’s primary reserve currency is coming to an end," the economist wrote in a Bloomberg article in June 2020.

“For almost 60 years, the world complained but did nothing about it. Those days are over.”

Note the term “exorbitant privilege”, one that was first coined by the former Finance Minister and President of France, Valéry Giscard d’Estaing. He wanted to articulate how unfair it is that the US can simply print the world’s reserve currency, but other states cannot. In the eyes of Europeans, this has led to an inflated standard of living in the United States, at the expense of the rest of the world.

Roach maintains that this period is now drawing to a close, and he therefore expects that the logical consequence will be a crash in the U.S. dollar. Let us note that economists around the world regularly announce that this scenario is going to play out, several times a year, due to the very real fundamentals for it that exist. Indeed, like other economists outside the United States, he notes first and foremost the enormous deficit in the United States’ current balance and compares it with the national savings ratio:

“The current account deficit in the United States, which is the broadest measure of our international imbalance with the rest of the world, suffered a record deterioration in the second quarter [2020].”

For the savings ratio, however, Roach looks not only at the deposits and savings balances of private households. He also deducts the US’s enormous budget deficits and comes to a sobering conclusion. Although the household savings rate has shot up in the pandemic, as opportunities for consumption have been constrained and the government has even sent out checks to households, the overall national net savings rate is negative, for the first time since the Great Financial Crisis of 2007/2008.

...Does The Euro Stand To Benefit?

Ultimately, Stephen Roach considers the U.S. dollar to be the “most overvalued major currency in the world'” and he is expecting a correction of around 35% versus other currencies during 2021:

"I don't think this is the end of the US dollar's role as a dominant reserve currency, but it's a step in that direction. I would flag the euro as the number one alternative, also the renminbi, gold and cryptocurrencies.”

The Renminbi, Gold And The Cryptocurrencies As Alternatives To The Dollar

In late March 2021 Roach was backed up by the famous American economist Kenneth Rogoff, who is one of the top 10 most quoted economists in the world.

Rogoff published an analysis entitled "The dollar’s fragile hegemony", in which he maintains that the appetite for U.S. treasury bonds — and thus for the U.S. dollar — has been insatiable so far, but that it need not always remain so. Especially not if China modernizes its monetary policy and relaxes its exchange rate regime:

“This does not mean that the Chinese renminbi will become the global currency overnight. Transitions from one dominant currency to another can take a long time. During the two decades between World Wars I and II, for example, the new entrant, the dollar, had roughly the same weight in central- bank reserves as the British pound, which had been the dominant global currency for more than a century following the Napoleonic Wars in the early 1800s.”

The Role Of Gold

The central banks continued to be net buyers in 2020, but increasing their gold reserves was plainly not a priority for them. There were few purchases, particularly in the second quarter of the year, after Russia suspended its purchases of gold in April. Compared with 2019, purchases of gold by the central banks were down almost 60%. At just 270 tons, the purchases were lighter than in 2019, when they rose to nearly 670 tons.

One mustn’t forget, however, that the gold price reached a record level in the summer of 2020, making the metal more important for the central banks’ reserves. Russia, which has always set the tone when it comes to de-dollarization, now holds approximately 30% of its reserves in euros, 22% in gold and 22% in U.S. dollars (the reduction in its holdings of greenbacks has been enormous in recent years).

To find out more about the reasons why the central banks are buying gold, we can also point you in the direction of the central bank of Poland. It currently has around 230 tons in its safes, after some huge purchases in 2019. In the years to come, 100 more tons are due to be added, according to a communiqué from Warsaw dating from mid-March 2021. The Polish central bank justifies the increasing of its gold reserves as follows:

“Gold is the ‘most reserve’ of reserve assets: it diversifies the geopolitical risk and is a kind of anchor of trust, especially in times of tension and crises.”

We had seen this several times in previous articles and in the book "The Geopolitics of Gold".

Hungary, a country we have already talked about and one that is not a member of the euro zone, has been fairly active and recently tripled its gold reserves. The country currently holds 94.5 tons of gold.

De-dollarization is happening with gold too, and that’s a fact.

Among the central banks that are putting central bank digital currencies (CBDCs) in place, there are currently three zones, aside from The Bahamas, that have already introduced them. 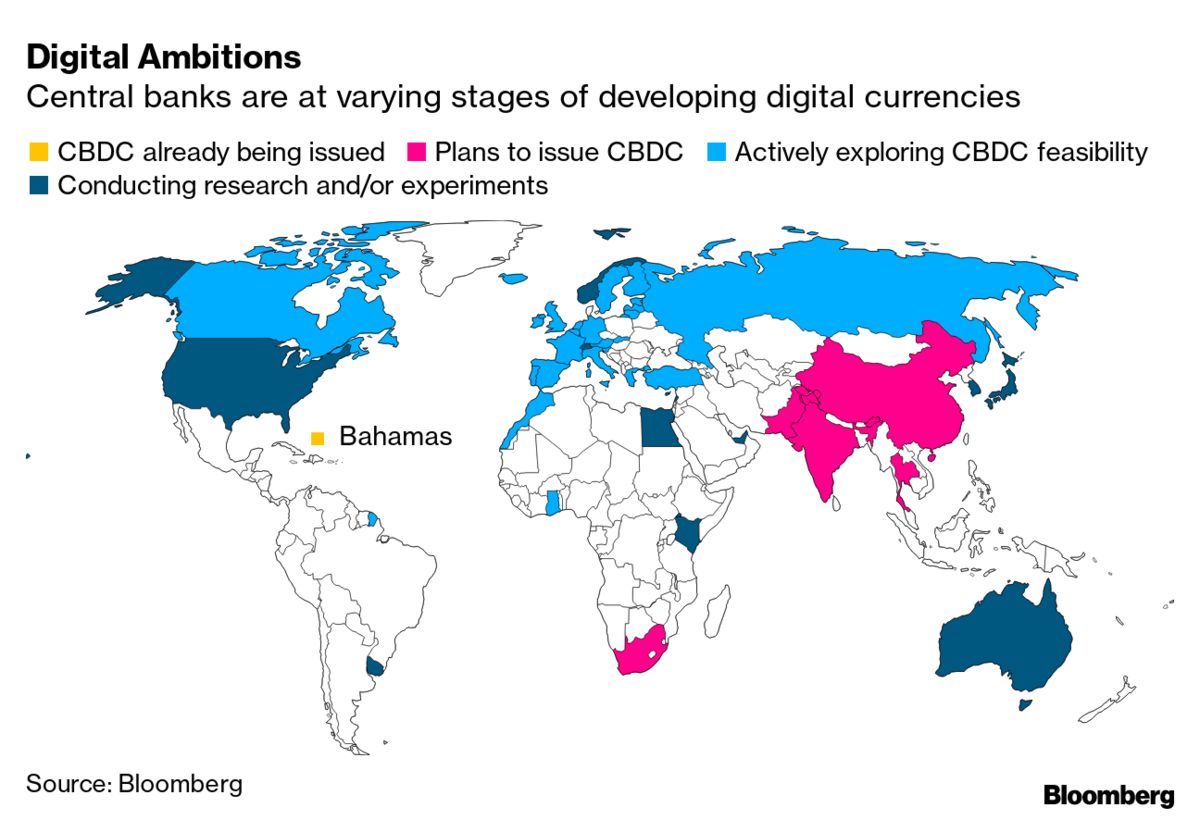 In Asia and South Africa, tests with the CBDCs are under way. In Europe and in Russia, plans are being made and the central banks have clearly indicated that they see the CBDCs as the future of money.

In the United States, the United Kingdom, Australia and Japan, the main countries in the U.S. axis’ bloc, the central banks are, as yet, doing no more than quietly experimenting with this trend.

It is in this context that Fabio Panetta, a member of the ECB’s Executive Board, declared that the digital euro would be the best way to protect European citizens’ privacy:

“A digital euro would increase privacy in digital payments thanks to the involvement of the central bank, which - unlike private suppliers of payment services - has no commercial interests related to consumer data.”

Are we to hope that the ECB might launch a different type of digital currency than the Chinese leaders? In other words, a digital currency that protects the fundamental rights of its citizens, instead of eroding them? The commercial appeal remains minimal compared with the political, monetary and fiscal appeal in being able to do away with cash and have full control over all the monetary flows. That is what Fabio Pinetta forgot to point out.

There are thus two dimensions to the global de-dollarization that is taking place: a digital one, and a golden one. Let it be noted that China, as the primary initiator of CBDCs and the number one consumer and importer of gold in the world, has every chance of doing well out of this Great Game. 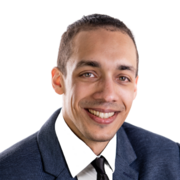