Here's a short term view showing the next possible leg down.

This chart shows the global sentiment on sharemarkets with the top 10 sharemarkets in a composite index.
Here it shows that we are potentially at a top (or soon to be).

Be it that we are now seeing a top in stocks and a low in gold then I postulate that the Dow/Gold ratio now has the potential to run down to new lows in a similar fashion to 1977-1980.
We potentially are seeing the highs in stocks and lows in gold with the potential for money to move from one sector into the other. 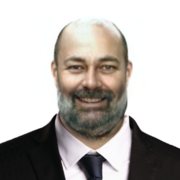 I opened Sharelynx.com up in 1998 and have spent the last 16 years making charts and collating data. I have been saving, storing and collecting all facets on gold for the last 3 decades and have built up a huge collection.

I'm a one man show doing all the hosting webpage design and installation plus chart creation and databasing. I also supply charts and datafeeds to a number of other gold themed websites.

In the late 1990's I was very active on the Kitco Gold Forum and then later on the LongWave forums. Since mid 2005 I have pulled away from any public interaction with forums and now spend all my time collecting and collating data and making charts and new webpages.