"In view of the on-going manipulation in the gold and silver paper markets, I have decided to do a multi-interview with prominent voices in the precious metal markets, and ask them exactly the same questions about gold and silver manipulation : Chris Powell (GATA), Jim Willie (Goldenjackass.com) and James Rickards.

Investors (in the know about the manipulation) have a few essential questions, so I tried to focus on some that go straight to the point.

I have already explained, in my latest Market Report, that there is a disconnection going on between the paper and the physical markets but, this time, with these interviews, I wanted to share the views of key analysts who do recognize that gold and silver paper prices have been manipulated for years.

Here is the first interview with Chris Powell, of the Gold Anti-Trust Action Committee (GATA)." 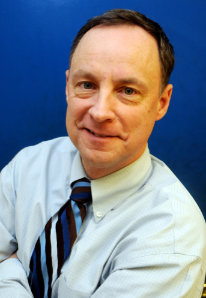 How long the manipulation of the precious metal markets can last ?

Chris Powell: It can last as long as gold investors buy "paper" gold rather than real metal. The primary article of faith about gold is that it can't be printed, but it CAN, insofar as "paper" gold can be printed to infinity. Gold investors who buy "paper" gold with the hope of price appreciation would do better to flush their money down the toilet. At least that way they'll avoid commissions.

FDR: What will put an end to it ? Physical demand ? Geopolitical event (BRICS) ?

CP: Probably only the discrediting of "paper" gold, or a futures market default.

FDR: What will be the signs proving that the manipulation is ending ?

CP: I doubt that we'll get any signs, though maybe the decline in price of "paper" gold relative to the price of real metal is a sign of trouble for the manipulation. More likely the gold price suddenly will be reset to a much higher level that is more sustainable for manipulation by central banks with less drain on their gold reserves, at which point manipulation will resume at the higher level. I doubt that the manipulation will ever end, since, to preserve their power, governments probably always will try to rig the currency markets, and they'll probably get away with it until investors around the world are far more informed than they are now.

«I doubt that the manipulation will ever end, since, to preserve their power, governments probably always will try to rig the currency markets, and they'll probably get away with it until investors around the world are far more informed than they are now.»

FDR: Do you anticipate an overnight ending of the manipulation or a progressive process ?

CP: I think an overnight revaluation is more likely now. Of course currency revaluations are always done suddenly, aiming for surprise. No central banks are going to call us a few days in advance so we can arrange our portfolios for the greatest benefit. Only the investment banks that function as agents for central banks will get such calls.

FDR: What direct consequences would a free gold/silver market have on people worldwide -- not investors, people in general ?

CP: Free markets in the monetary metals would liberate markets and peoples generally, and reduce the power of governments and central banks, especially their power to control in secret the prices of all capital, labor, goods, and services in the world. Such liberation is really the objective of those who would expose the Western central bank gold price suppression scheme. We don't really care what people use as money. We just want them to have options of valuation that are beyond the control of government. Here's how von Mises put it: "It is impossible to grasp the meaning of the idea of sound money if one does not realize that it was devised as an instrument for the protection of civil liberties against despotic inroads on the part of governments. Ideologically it belongs in the same class with political constitutions and bills of rights."

FDR: I would like to thanks again Chris Powell for taking the time for this interview.