As indicated in my article of September 25, during a bull market, there are systematic corrections of the order of -20% on gold and -30% on silver. Since peaking at just over $2000 per ounce at the end of July, gold has corrected by -14%.

In the same article, I wrote:

"To date, the 200-day moving average is $1720 for gold. It is possible that it may be broken temporarily, but again, not for fundamental reasons but for reasons of excessive sentiment. The markets go from euphoria to fear, causing excessive movement, then things calm down and fundamentals regain the upper hand".

At the time of writing, the price of gold is $1771 per ounce. Although the price may drop a little more, this correction is not surprising. 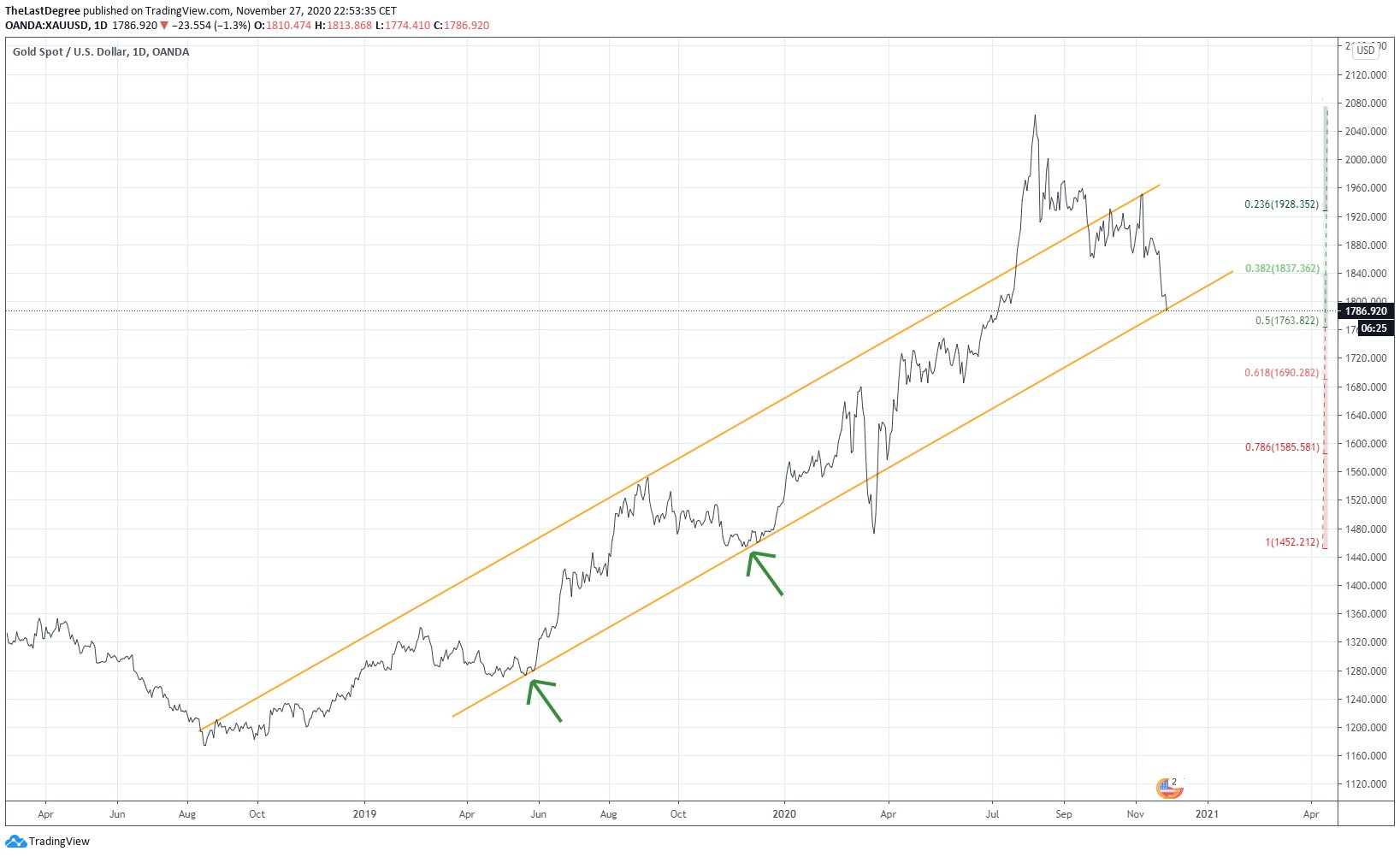 As early as August 7th, I announced on Twitter that we were close to an intermediate peak and that a downward phase was about to begin. This is what happened.

Real rates (#TIPS) drive #gold. Looks like we might have a top and a correction, wich is healthy in a bull market, we need to clear this extremely bullish sentiment. pic.twitter.com/2eIOetvYc6

I was also expecting the price of silver to correct, up to $20-21 per ounce. The price is a little over $22 an ounce today.

After four months of correction, gold and silver prices are approaching an intermediate bottom. This time, the feeling on the gold market has become excessively bearish. Fear gave way to euphoria. 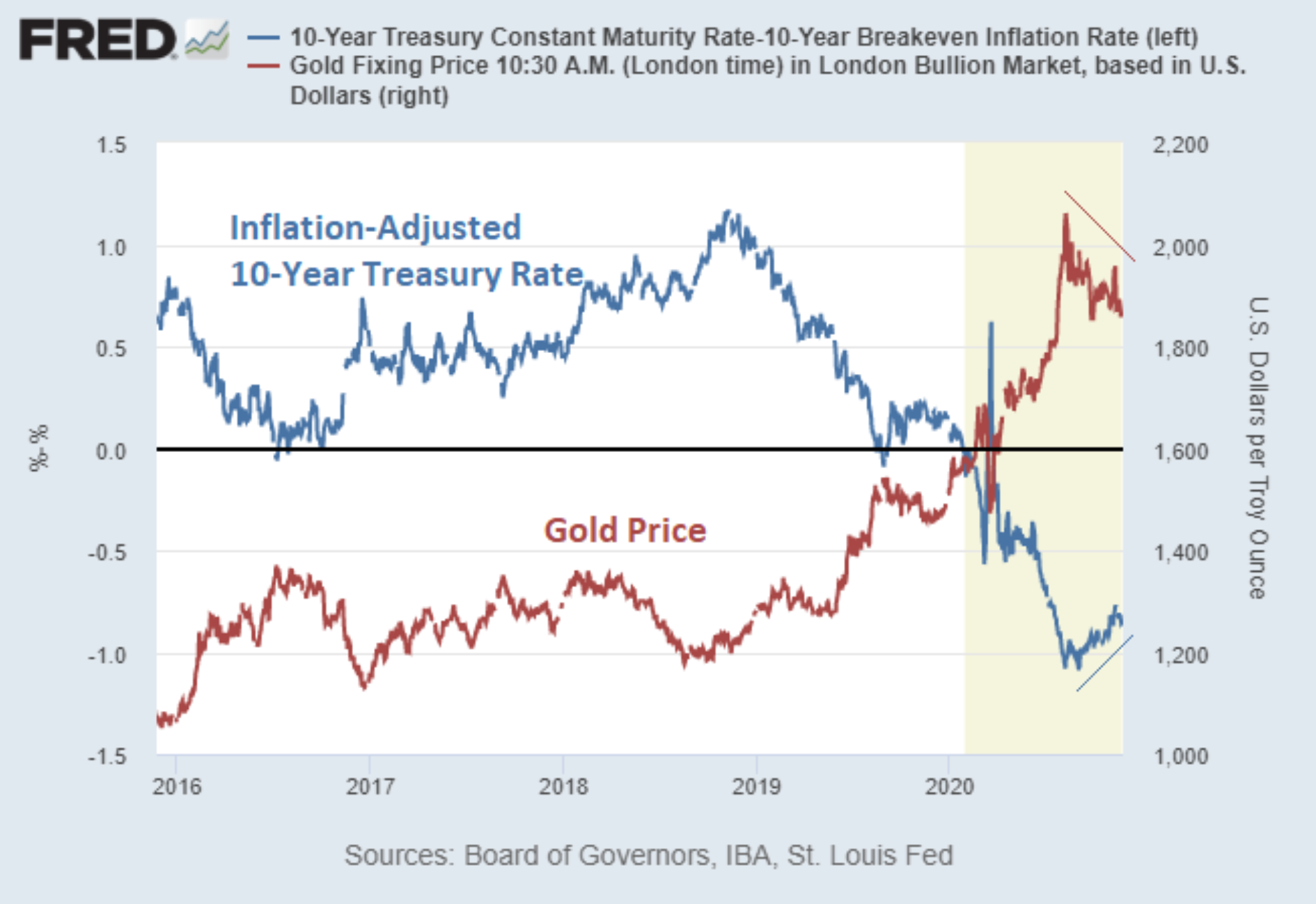 Here is the same chart, but with the real interest rates inverted. 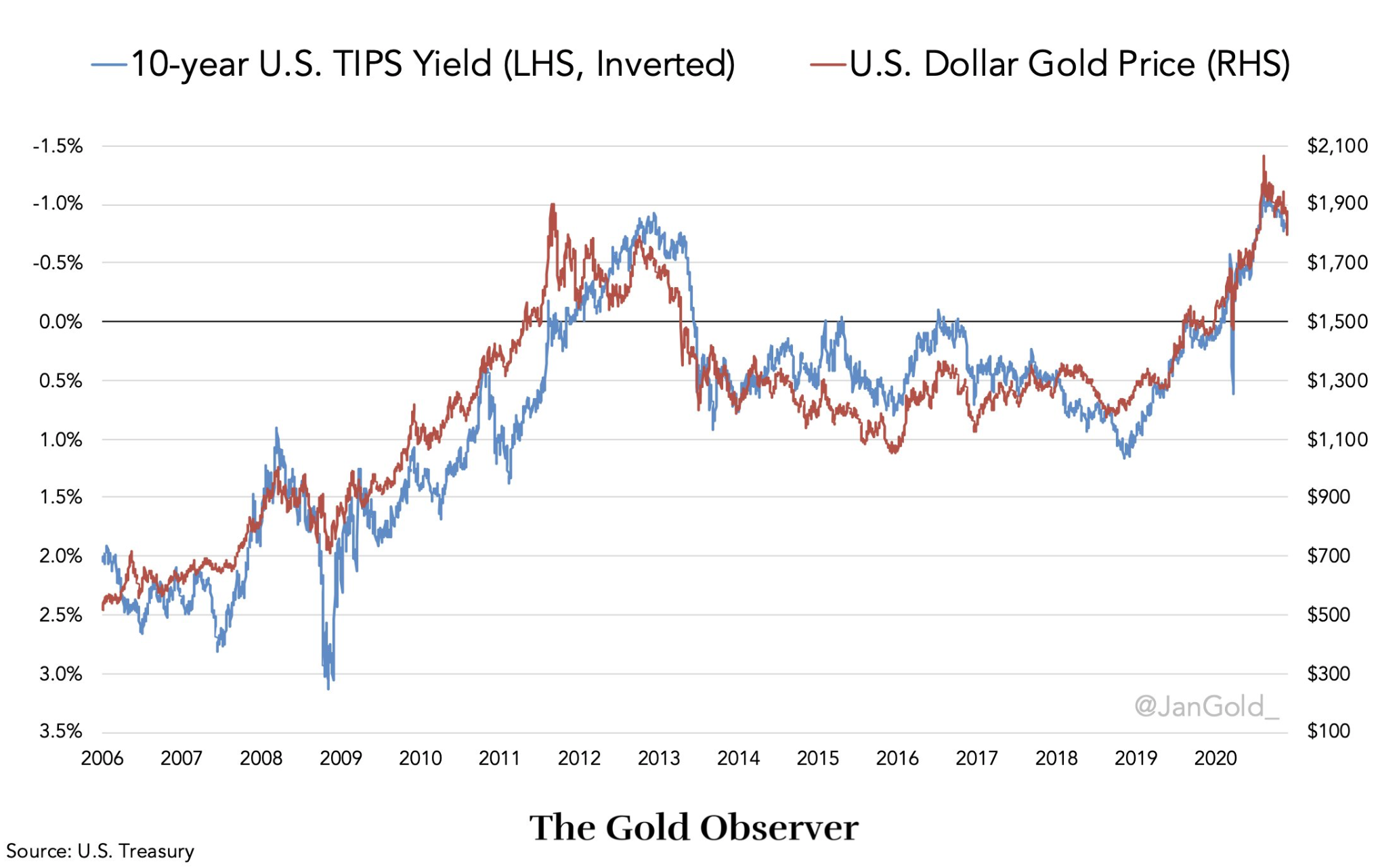 We can see very clearly that when real interest rates are increasingly negative, the price of gold rises. When savers obtain negative returns (after deducting inflation), they turn to assets that protect them, with gold in the lead.

Finally, here is a final chart that shows a divergence characteristic of a bottom in the gold price: gold versus real (inverted) interest rates. 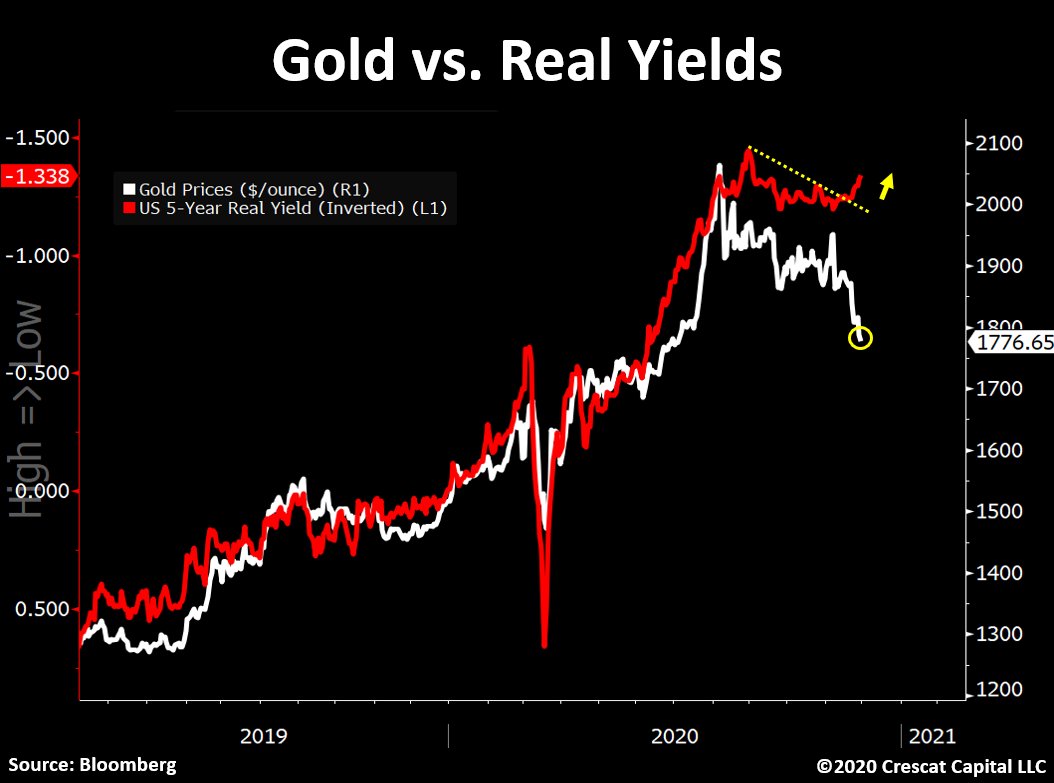 Should we therefore worry about a rise in real interest rates?

No, because that would require central banks to stop massively buying government debt by printing money. However, one only has to listen to the speech of Christine Lagarde at the ECB or more recently, to the two economic advisers of Donald Trump and Joe Biden (respectively Gary Cohn and Dr. Stephanie Kelton) who confirm that the next "relief plan" will amount to about $5 trillion.

These future massive debt purchases will continue to put pressure on interest rates for years to come. And the reality is that, given the level of debt in the system, no government can afford to see interest rates go up.

Let us recall that after the Second World War, as analyst Luke Gromen points out, real interest rates remained negative in the United States for more than 30 years and that many industrialized countries experienced real interest rates between -5% and -60% during the ten years following the war. Bond holders generally pay for "war", it will be the same for the war against Covid-19; real interest rates will remain negative.

We are therefore far from having seen a peak in the price of precious metals. This correction phase is coming to an end.