Romania’s ruling Social Democratic Party chief, Liviu Dragnea, has submitted a bill to parliament asking the Central Bank to repatriate 95 per cent of its gold reserves, much of which are held in London.

The move widens the rift between the Social Democrat-led government and the Central Bank over economic policies, raising concerns that the ruling party is pushing to control an institution that has criticised its governance.

Dragnea and Senator Serban Nicolae who co-signed the bill, complain that Romania has been storing its gold in the Bank of England, but that Bucharest has not got any interest from this, and has also been paying storage fees.

“Nothing in Romania’s economic situation justifies keeping such an amount of gold abroad and paying the implicit costs, which are not negligible, while this reserve can be kept and supplemented in storage facilities in the country,” the documents submitted with the bill say.

The legislative proposal stipulates that the gold deposited by the National Bank of Romania (NBR) abroad cannot exceed 5% of the total gold reserves.

Romania has about 104 tons of gold reserves stored in three countries – the UK, Romania and Switzerland.

Friction has grown between the ruling party and the Central Bank over government economic policies, which the bank governor and some experts have deemed reckless.

The Social Democrats have been at odds with bank governor Mugur Isarescu since January over a government decree that increased taxes on bank assets.

Israrescu called the move “nonsense”. Several ruling party MPs and the Finance Minister Orlando Teodorovici accused the governor of pressuring banks to keep inter-bank interest rates at a high level. The question of the gold reserves also came up in the exchange.

“I have been accused of keeping the reserves abroad; as if I was keeping them, as if they were mine. Where would you have rather kept them? They are international reserves; do you think we keep euros and dollars in the basement of the Central Bank? They are kept in accounts,” he said on February 7.

The governor has warned on various occasions since the Social Democrats came to power in 2016 that economic policies based on consumption and wage hikes are not sustainable – and that Romania’s foreign trade gap and the budget deficit are widening.

Other European countries are also repatriating their gold reserves

The legislative proposal seems to be in line with international trends as storage of gold reserves out of the country is now considered risky by more and more central banks. Austrian, German, Hungarian and Dutch central banks are among those who have recently decided to repatriate their gold reserves. 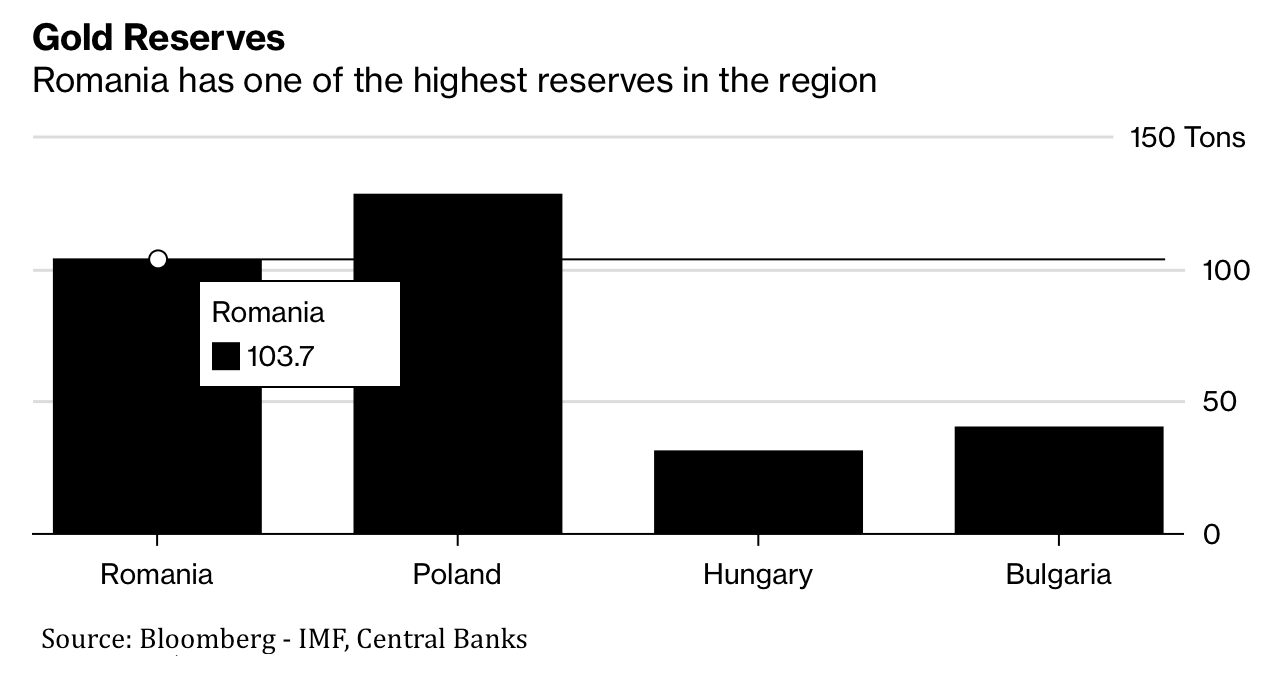