A new signal, this time coming from large corporations distancing themselves from White House political decisions, that sanctions against Russia are ineffective : Exxon and BP are maintaining their partnership with Russia.

We’re talking about two of the largest oil companies opposing sanctions that Washington wants to impose on Russia.

Financial and, above all, energy interests seem to matter more than political issues. Russia can no longer be ignored as an energy power, despite a few de-stabilization attempts.

In these conditions, it is important to observe what will be the currencies used to settle those contracts and energy exchanges, because this will put the dollar’s hegemony at risk and, thus, the international monetary system which is based on a fiat currency that is, by definition, non convertible in tangible assets.

To those partnerships we can add the recent agreement between China and Russia on a gas deal worth 400 Billion dollars. This total value has been expressed in dollar terms in the media, but the currency of settlement of this gigantic partnership has not been officially stated. Given that Russia and China have been defiant of the use of dollars for months on end, one can certainly doubt that they’ll be using dollars to settle this enormous energy exchange.

China also wishes to have more influence in determining the price of gold via the Shanghai Gold Exchange.

Russia, as an energy powerhouse (with the help of China and Iran), cannot be questioned, and it will (along with its non-Western partners) dictate in what currency the settlement of those energy exchanges will be done. The critical mass represented by a Russia-China-Iran (along with the BRICS) alliance seems to have been reached, and nothing is standing in the way of the advent of a multi-polar world under heavy influence from the East, with consequences for the international monetary system.

If the dollar is not used in that settlement, as it obviously won’t be, it may, as the world’s reserve currency, rapidly lose some of its value on the currency markets.

Furthermore, if the dollar collapses or there is global defiance of it, all dollar holders will be quickly looking for a money or an asset that will really guarantee the role a world reserve currency is supposed to play, i.e. its capacity of preserving value.

Just by looking at the amount of gold imported monthly by China and Russia (and also by the BRICS) one can easily imagine what asset could be playing this role and who wishes its return in the international monetary system. Some are talking about the IMF’s Special Drawing Right (SDRs) being at the base of the future monetary system, but this would still be virtual money and would be hard to reconcile with the fact that China and, above all, Russia do not want to tolerate Western hegemony through the IMF anymore.

For the moment the price of « paper » gold is still retreating and is even under a little pressure, under $1,300 an ounce, and the number of « interventions » on the price even are more and more blatant. It’s almost as if it were becoming urgent for some large bullion banks to cover their positions on their gold and silver derivatives in this context of the end of the London Gold Fix (read my analysis on the end of the London fix and its potential implications on derivatives).

1) Gold price correction just before the major upward movement of the late ‘70s. The price corrected by -48% before rising parabolically. 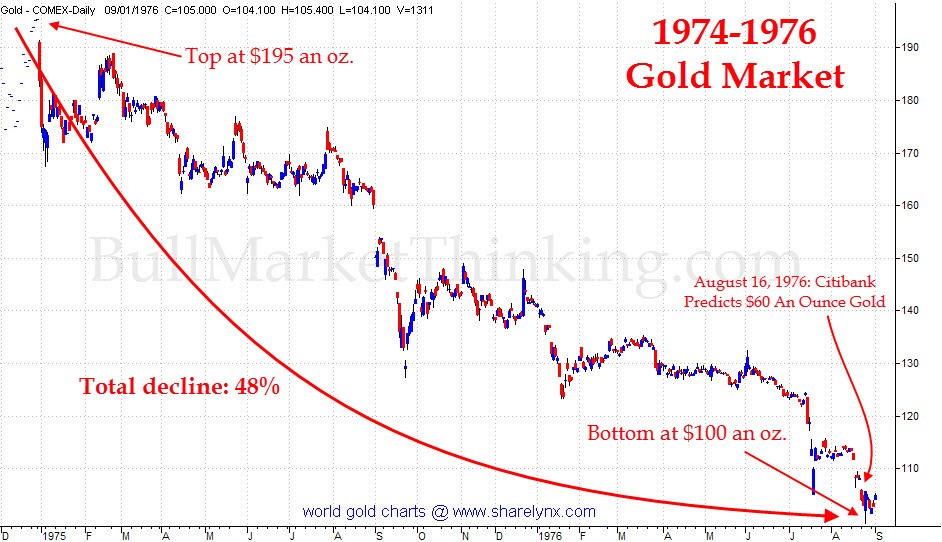 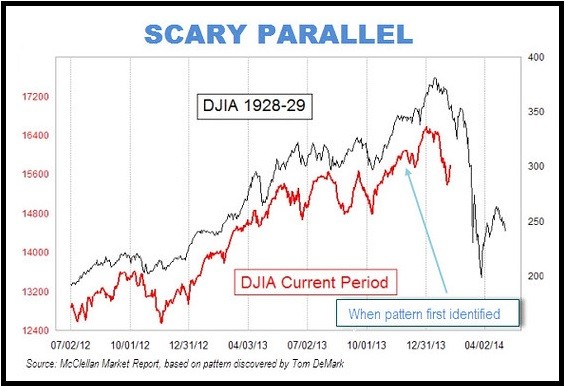 A number of geopolitical and financial events are lining up in a way that we are getting confirmation that the international monetary system will have to somehow be reset.

French investor and entrepreneur, Fabrice Drouin Ristori is the founder and chairman of GoldBroker. He holds a Master degree in Entrepreneurship/Finance from the Kedge Business School (2004) and is the recipient of the 2003 Euro-Mediterranean Student Enterprise award. In 2007, he anticipates the development of online gaming industry in Europe and moves to Malta to found two companies there, which he sold in 2011. Passionate about finance, he has been managing his own investments in precious metals since 2008. In 2011, he creates the investment platform GoldBroker.com, which allows individual investors to hold physical gold and silver in their own name, without an intermediary, securely stored outside the banking system. In November 2012, he obtains the confidence of one of the most important Swiss fund managers for physical gold, Egon von Greyerz, who joins the advisory board of the company. Egon brings a long experience and expertise in strategy and investment.