Get The Big Prize For Silver

We have to keep our eyes on the bigger economic cycle. It helps in maintaining a proper perspective, and putting more emphasis on the bigger prize rather than the day to day movements.

The historical relationship between silver and the stock market provides great insight as to where we are currently in this cycle. Traditionally, the best part of silver rallies come after a significant Dow peak.

From previous work I have shared, it is clear that silver is still extremely cheap, and should be accumulated at these prices. The following comparison of silver and the Dow supports this, and gives us the proper perspective regarding the bigger economic cycle.

Below, is a comparison of Silver and the Dow:

The Dow/Gold ratio peak (marked as D/G) helps to put the Dow chart in perspective, and here it marks the start of the indicated cycles.

We don’t know whether the Feb 2020 Dow peak is the top, but it does not matter for the silver medium- to long-term outlook. What matters instead, is whether the silver bottom (SB) is in.

Silver bottomed in November 1971 (SB) and rose to a silver top (SP) in February 1974. The recent silver bottom in 2020 is comparable to the 1971 silver bottom. We are therefore, likely in a move to a new all-time high just like the 1974 silver top, that will come after the Dow peak (which is already in or could still come a little later – but it does not matter).

We are still early in this rally, so we could see a huge move (given how strong it started). This is the prize we have to focus on.

The above scenario rhymes well with this long-term silver fractal: 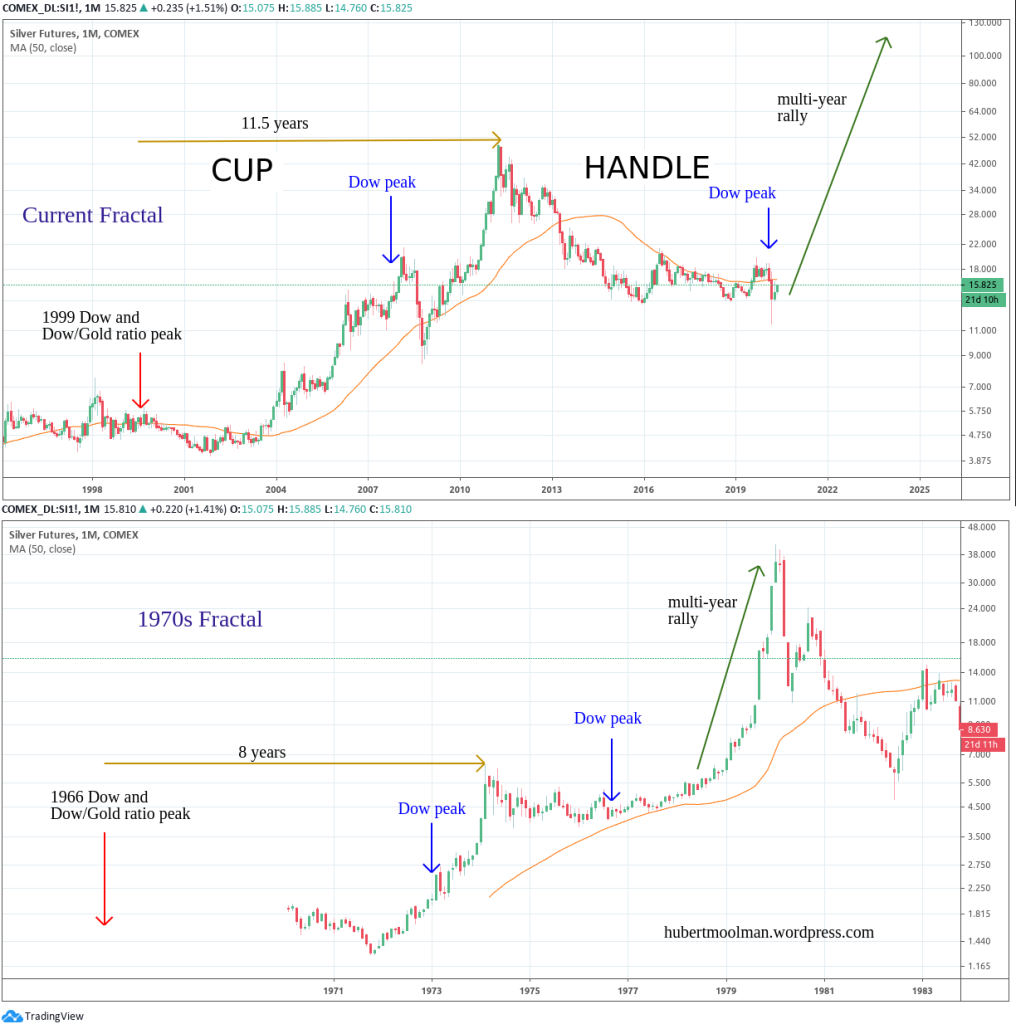