Official figures show gold now accounts for 19.6% of the total reserves of the Russian Federation. July’s gold purchases brought the country’s gold reserves to a total of 2,217.68 tons (71.3 million ounces), and increased by 0.42% in one month, according to the latest data released by the Central Bank of Russia (CBR).

This is less than the 18 tons of the precious metal purchased in June, but still means Russia is on course for de-dollarization of its economy and remains committed to gold purchases due to US sanctions.

From January to July, the regulator purchased a total of 105.75 tons of monetary gold. The biggest gold splurge came in February, when the nation’s gold reserves rose by more than 31 tons.

Last year, Russia was the world’s most committed purchaser of gold, having bought nearly 275 tons, the largest amount ever purchased in a single year, according to the World Gold Council.

Also, according to the latest media reports, Russia is en route to become the world’s fourth largest reserve holder largely thanks to the steady interest in buying gold, replacing Saudi Arabia. The top three countries with the largest foreign exchange reserves are China, Japan, and Switzerland. 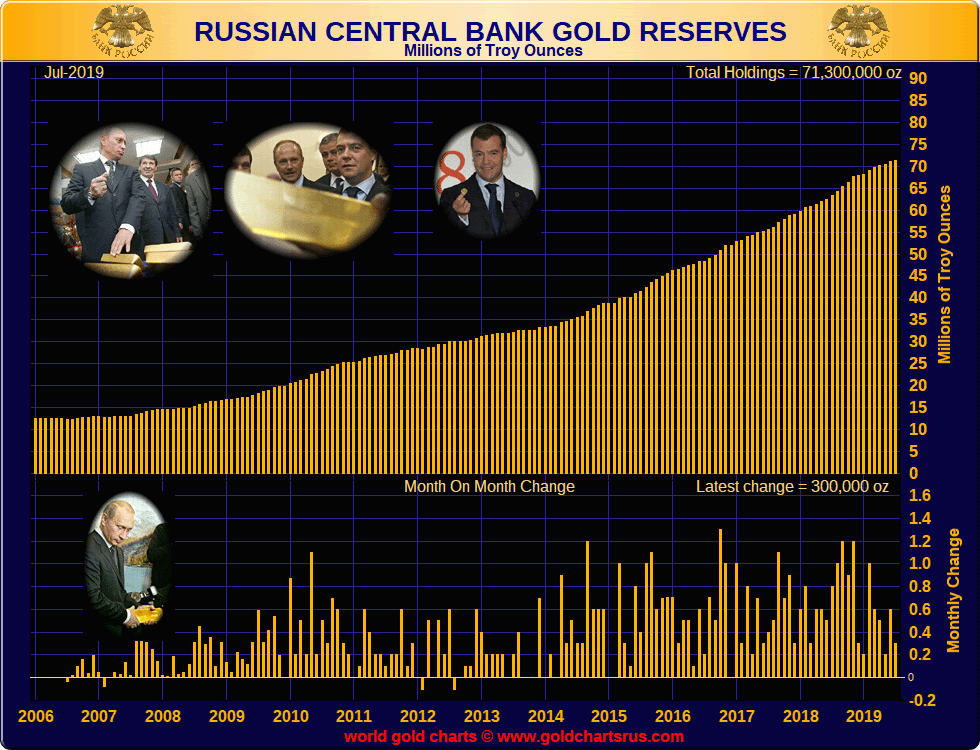