Silver: The Road Towards $31

Since 2011, it had been verified, month after month, that the bullion bank’s trading software for silver is based on the Fibonacci’s fan.

Each time that one of this fan coming from the 2011’s high is broken by the price going upwards, silver cannot mount durably if there is not a pull-back on it, to check that this ex-resistance became a support.

The bullions banks have been able to make these pull-backs last for weeks or even months, as was the case in the first half of 2019. 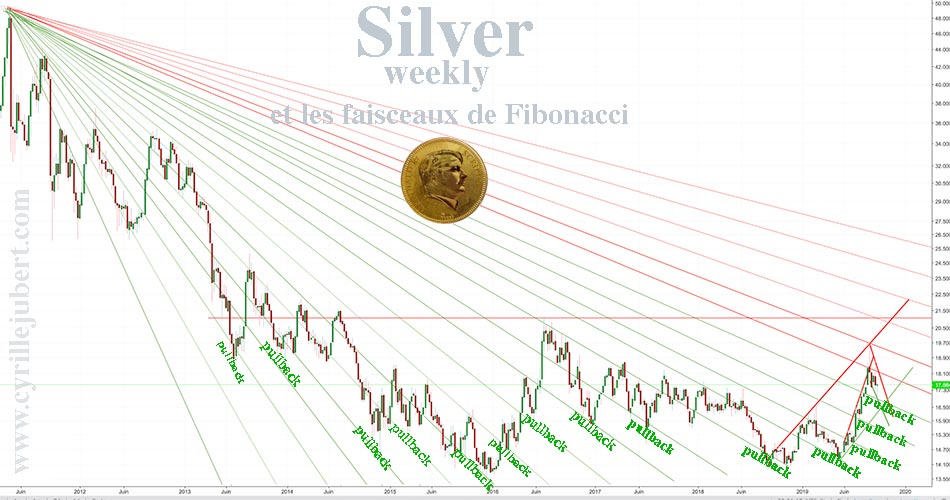 If we take a close look at the last four months, there has been a pull-back on each of the crossed fans and this movement had been done very quickly.

The decline since the high point of September 4 was aimed to make a pull-back on the fan broken up in mid-August. 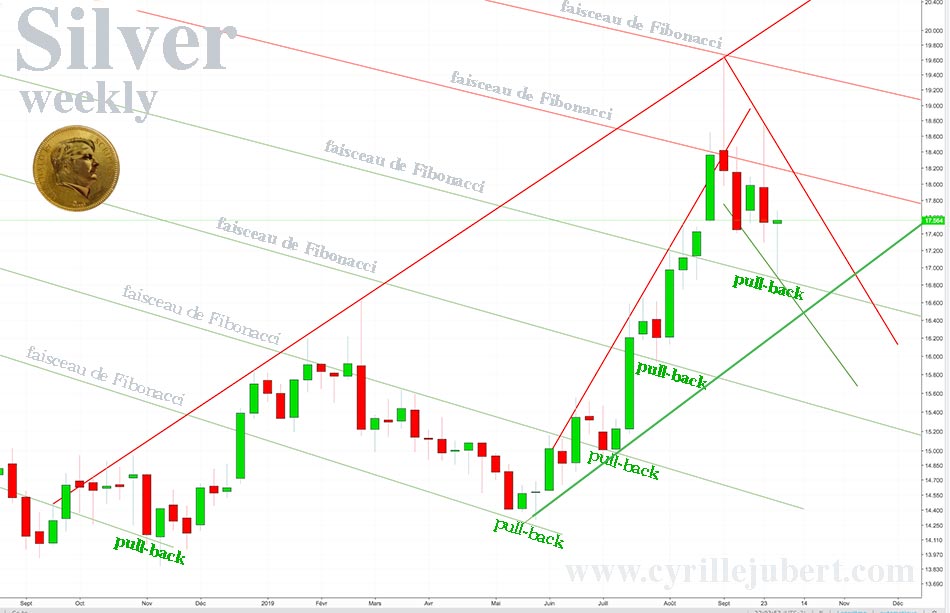 The 50 Months Mobile Average served as resistance for several years, so it is expected to make a pull-back on it. On a monthly basis, this MA50M is at $16.35.

So I would have expected a consolidation at this level, but if it occurs, it could happen in flash-trading without affecting the official London fixing of silver. Clearly, if you wait for this low point to buy physical, you could not benefit of the low price. In the event of a quick drop, prices would return very quickly to $18. When we look at the first week of October’s candlestick, we see that there has been a very powerful force to purchase the lows.

There is a perfect reproduction of prices, almost to the day between 1972 and 2019. The purchasing power of the Dollar has just been divided by TEN.

The target of silver remains $21 per ounce. That price should be reached in the very first days of January. When this $21 level will be broken, there will probably be a short-squeeze, causing a panic rise of a few days, which could lead to $26 around the end of February 2020. After this melt-up, we should attend a pull-back on this level of $21.

Then, the next target will be the $31-34 level of Fibonacci, which is expected to be reached in the middle of the summer of 2020, but this resistance could be difficult to break before the end of the year.

Correlation between silver and sugar

I regularly monitor the graph of sugar, because there is some correlation between the moves of sugar and those of silver.

Sugar prices are extremely volatile and amplify movements of oil and precious metals, or conversely speculation against the dollar.

If you think that Silver could sky rocket to the moon, check first that the sugar is ready for a violent rally, too.

On July 23, I wrote to my subscribers: "Graphically, the weekly chart have just taken their 3rd support on the base of this triangle. If the support holds, we should have an upwards exit of this triangle before the end of the summer." 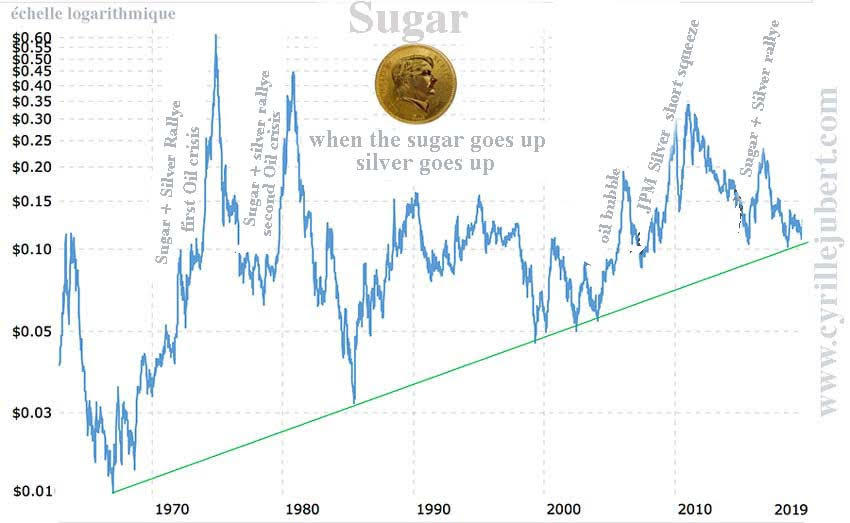 For those interested in fundamentals, the world sugar market could enter a deficit phase in 2019/20, according to analysts polled by Reuters. According to them, the sugar deficit should reach 1.9 million tonnes in 2019/2020 against a surplus of 2.55 million tonnes in 2018/2019, due to the fall in the Indian sugar harvest. With the return to a deficit situation, world sugar prices should resume some colors by the end of the year. According to the median forecast of experts, the price of raw sugar (in New York) is expected to increase by 15% to 14.6 cents per pound, while the world price of white sugar in London should increase by 17% to $391.50 per tonne, compared to their closing price last Friday.

If we look beyond these data, the Dollar Index is at a peak against all other currencies and must fall not to trigger a global debt crisis, on the one hand, and precious metals on the other hand entered a bull market all currencies combined. All conditions are met for a sharp risen sugar.

If the sugar rally follows the silver’s one, or vice versa, until the end of 2021, there is a lot of room for improvement of the price. 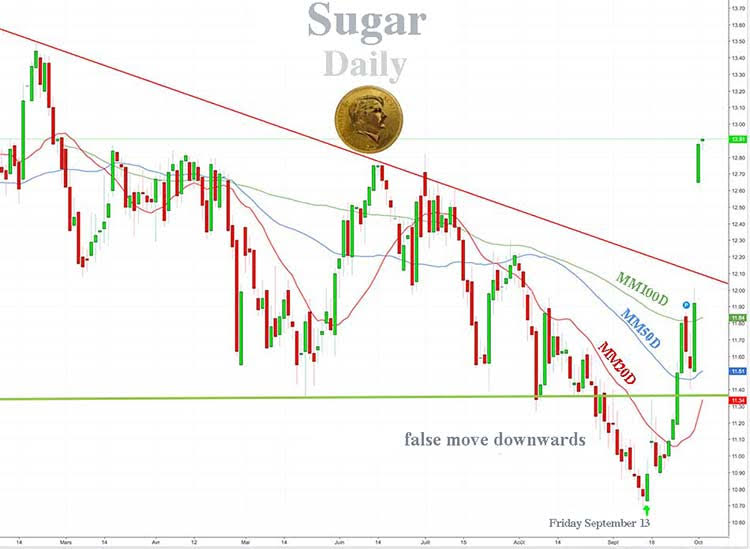 If you are expecting a sharp rise in silver, look at the sugar prices. They are intimately linked and sugar amplifies the movements of silver-metal, because hedge funds play it to benefit from its exacerbated volatility.

This month, sugar has confirmed that silver is about to make a very strong leg up.