The Fed is trying to control the price of gold below $1,300 and the price of silver below $20. Every time the Fed speaks flash crashes in gold and silver happen, which has probably kept the dollar from falling more as a consequence. It is of course easier to manipulate the price of gold than the dollar level. And the fall of the dollar since July 2013 reflects foreigners’ lack of appetite for United States debt.

Backwardation is showing us that physical gold is harder and harder to pry loose from investors and that the actual price does not encourage recycling or mining activity. The manipulators have now reached a hard zone and their raids are rather met by determined buyers than by disgruntled investors ready to sell. No one can say for how long this little game of breaking the psychology of the gold market will last, but we’re certainly much closer to the end than to the beginning.

For a year, the stock market has been in a bubble phase, as attested by the greedometer level, that takes into account several evaluation criteria and makes an average of them. All of those criteria are flirting with records. For example, the margin debt levels of stock investors, the price-to-sale ratio or the P/E Shiller index level on the S&P 500 (25, May 4-5 2014). 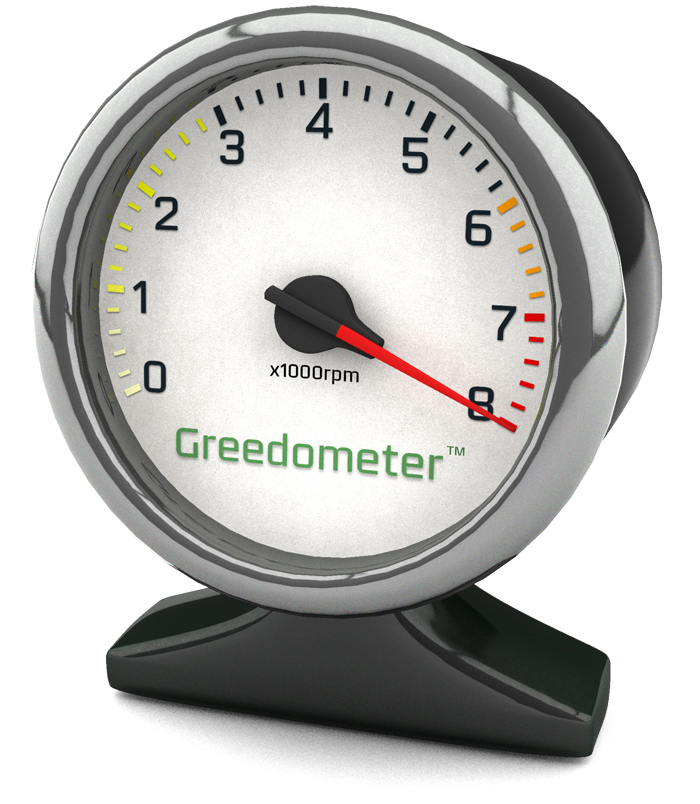 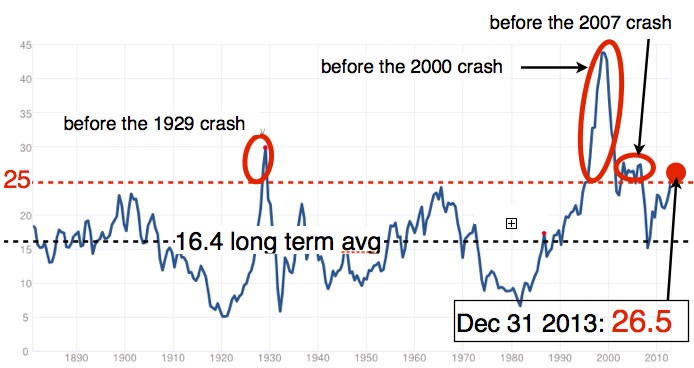 Furthermore, we are in the middle of the presidential cycle in the United States and, since 1930, all those years have corresponded to sharp corrections averaging 19%. Marc Faber was pointing out recently that the average duration of the 17 bull markets since 1930 is of 155 weeks and that the average correction after the peak was of 33%. Currently, we are in a 263-week-old bull market that has gained 182%! Clearly, all indicators are flashing major warning signals on the stock markets! 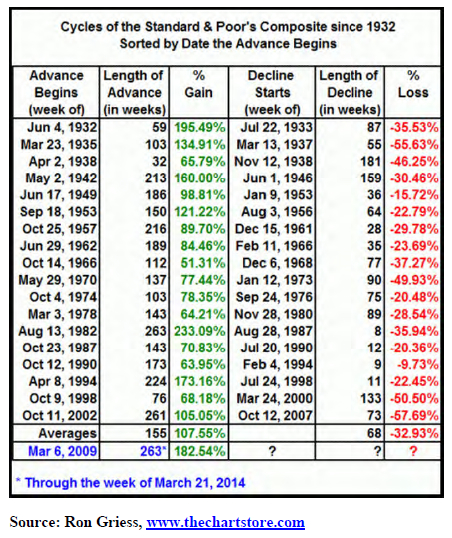 By definition, a bubble always goes further than what the bears imagine at first, thus reducing the number of said bears. I’m noticing that, these last few months, many bears have switched camp and now want in on this « final parabolic »last leg upward, lest they’d be seen as idiots until the end. This upward movement seems indestructible. The intermediate bull market in stocks is attracting the last of the skeptics which is, I think, a sign that we’re nearing the end of it.

As regards the gold market, the golden cross observed in March has, as expected, brought us below the 200-day moving average, albeit within a reasonable tolerance margin, and the battle for regaining the upper hand on the 200-day MA is still raging, with its lot of suspicious flash crashes happening. However, I am seeing more difficulty in obtaining the desired panic effet. 2014 isn’t 2013 anymore. Rather than triggering cascades of stop-loss sales, the COMEX manipulators are hitting important buy signals around $1,280. Analyses on some gold bugs’ websites are becoming more and more pessimistic, at least for the short term, as is always the case just before a major reversal to the upside. As a matter of fact, I think that we are not too far from a definitive failure of the manipulators to contain the gold price below $1,300. I believe that the next time we cross the 200-day MA to the upside, the $1,300 level will be a sure thing! 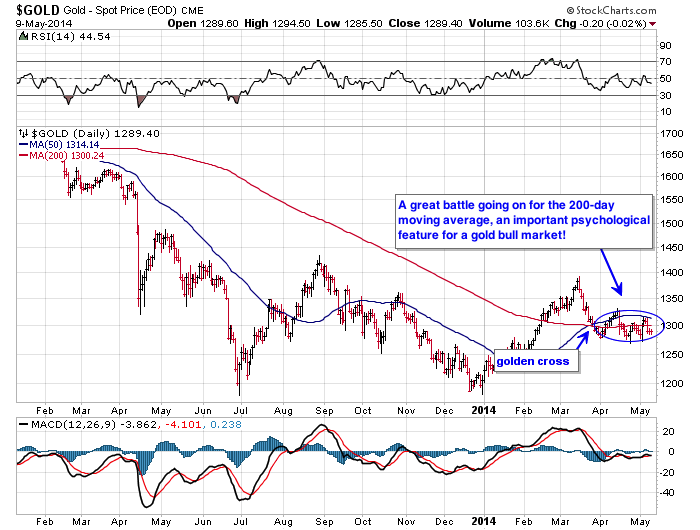