Dr. Roberts was Assistant Secretary of the Treasury for Economic Policy in the Reagan administration.  He was Associate Editor and columnist for the Wall Street Journal, columnist for Business Week, columnist for the Scripps Howard News Service and columnist for Creators Syndicate.  He has held numerous academic appointments including the William E. Simon Chair in Political Economy, Center for Strategic and International Studies, Georgetown University and Senior Research Fellow, Hoover Institution, Stanford University. His website is www.paulcraigroberts.org. 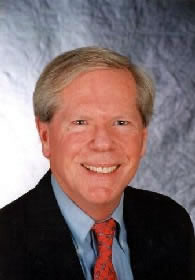 Fabrice Drouin Ristori: Mr Roberts, thanks for accepting this interview. Can you give us your thoughts on our current monetary system ?

Milton Friedman examined the case for rules versus discretion and came down in favor of rules.  Friedman said that as the US economy tended to grow at 2.5% to 3% annually, a corresponding growth in the money supply would support price stability.

Similarly, if gold flowed into a country with a trade surplus, central banks would take offsetting action to prevent rising prices from the expanded monetary base.

In the fractional reserve US monetary system, private banks create money by making loans. Economist Herman Daly, among others, proposes a system of 100 percent reserves in order to eliminate problems associated with fractional reserves.  See: www.paulcraigroberts.org

FDR: Do you think that this system, based on exponential growth assumption, is at the basis of the Financial crisis we experience today ?

PCR: In my opinion, the current financial crisis was caused by financial deregulation. The repeal of the Glass-Steagall Act, the refusal to regulate derivatives, the enormous increase in permitted debt leverage, and the removal of position limits on speculators destroyed every basis of sound banking and turned the financial system into a gambling casino in which fraud and short-term profit ran away with judgment.

The export of Wall Street’s toxic financial waste to Europe weakened banks in the EU.

The balance sheets of European banks were further eroded by their lack of due diligence in purchasing sovereign debt of EU member governments. Unlike the US and UK, the central banks of the various EU countries cannot create euros or serve as creditors to their governments, and the European Central Bank is forbidden by its charter to finance budget deficits of the member states.

In order to deal with the sovereign debt problem it appears that the ECB charter will be abandoned and the ECB will purchase the debt of the member governments just as the Federal Reserve and Bank of England purchase US and UK government debt.

«In my opinion, it is safer for people who live under governments that cannot be trusted to keep some portion of their personal wealth in personal holdings of gold and silver.»

FDR: Can you explain what a sound monetary system based on gold or other tangible assets would change, not only in terms of financial stability but more globaly in our society ? In people’s behaviours and moral ?

PCR: It is often claimed that the value of gold and silver cannot be debased by printing as can paper or fiat money.  However, governments have always managed to debase a hard money system. For example, I have a Roman “silver” denarius that is almost totally lead. This coin, the basis for paying the legions, was continually debased over the period of the empire until its silver content and its value were gone.

FDR: Do you agree with what Ferdinand Lips wrote in his book « Gold Wars » that « gold is about liberty of the individuals » ? And that people can have a real impact on the future if they educate themselves on monetary issues and choose to invest in gold/silver and use them as a « weapon » as Max Keiser like to put it ?

PCR: In my opinion, it is safer for people who live under governments that cannot be trusted to keep some portion of their personal wealth in personal holdings of gold and silver.

If their government destroys the fiat money’s value by over-issuance of debt and its monetization by the central bank, people will have an independent supply of money with which to transact during difficult times.

FDR: To conclude, is there a message you would like to pass to those who try to understand what’s going on in our world today ?

PCR: Today in the US we have a financial crisis that was created by the free market ideology that “markets are self-regulating.”  The beginnings of this crisis goes back to the Clinton administration and developed throughout the eight years of the George W. Bush regime.

Among the many fatal consequences was financial concentration, which produced “banks too big to fail.”

To keep these banks solvent, the Federal Reserve purchases government bonds and maintains interest rates below the rate of inflation. But it is not only interest rates that are rigged, but also bullion prices and equity prices.

The Federal Reserve, worried about the effect of debt monetization on the perceived value of the US dollar, protects the dollar from rising bullion prices by selling gold and silver short in the paper bullion market.  Similarly, the Federal Reserve/US Treasury “plunge protection team” can purchase stock index futures to offset the effect on market averages from equity sales. See: www.paulcraigroberts.org and The Trends Journal (Summer, 2012, pp.32-33).

In the US the banking system no longer performs any useful function. It does not finance industries. Instead, it places trillions of dollars in uncovered bets. The alternative to 100% reserves is to nationalize the banks.

FDR: Thank you very much for your answers Mr Roberts.