Silver demand will climb to a record level this year thanks to increasing use of solar panels as governments boost renewable energy to meet climate goals, setting the stage for years of supply deficits, an industry report said on Wednesday.

Global silver demand is expected to rise to 1.1 billion ounces this year, up 5% from 2021, consultants Metals Focus said in an annual report compiled for the Silver Institute.

That is the highest since Metals Focus's records began in 2010.

This sizzling demand will push the silver market into a deficit of 71.5 million ounces this year after a shortfall of 51.8 million ounces in 2021, Metals Focus said.

"We believe that this is the start of a structural change in the market where we see deficits that will carry on for some time," said Metals Focus director Philip Newman.

Uncertainty around the Ukraine war and the possibility of a global recession presents a risk to industrial demand, which accounts for around half of silver consumption, he said.

The increase in silver usage builds on a rebound from a slump during the early period of the COVID-19 pandemic. Last year, every key element of demand rose for the first time since 1997, the report said.

Buying of silver coins and bars jumped 36% last year to 278.7 million ounces, its highest since 2015, after a buying frenzy triggered by posts on a Reddit forum WallStreetBets.

The silver price rally caused by that buying was short lived but the retail market remains tight, with buyers stocking up on the precious metal as a safe-haven store of value and a hedge against inflation and geopolitical uncertainty.

In 2021, demand for silver for jewellery rose 21% to 181.4 million ounces but remained below pre-pandemic levels as higher prices deterred some physical buying in India, one of the biggest markets, the report said. 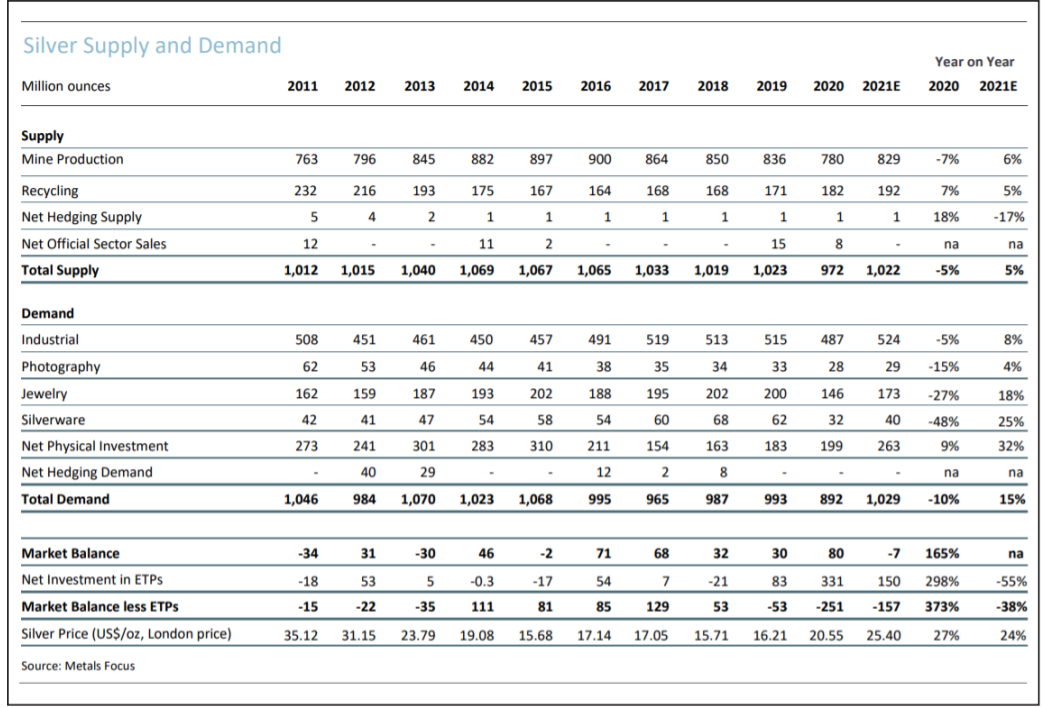