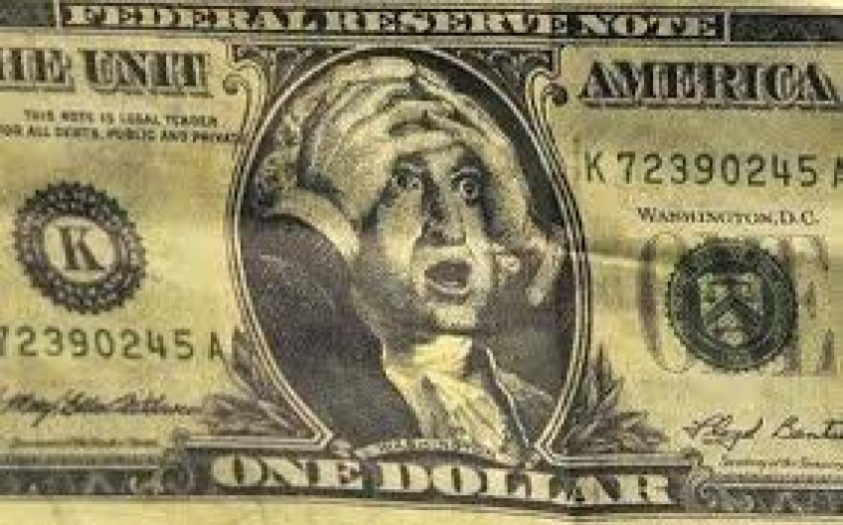 To answer the question of which of the SDRs or gold will replace the US dollar we need first to know what each is. For gold it’s very simple. One gram of gold is just a yellow metal that weights one gram. Its physical characteristics make it quite easy to identify and measure and they never change. 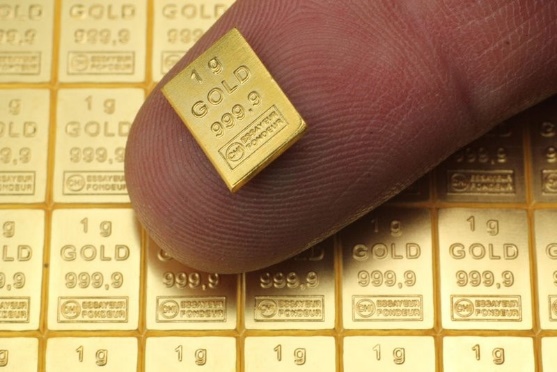 I would like to show you the SDRs but they’re virtual, so you will have to imagine it. Contrary to gold, I will have to explain it. 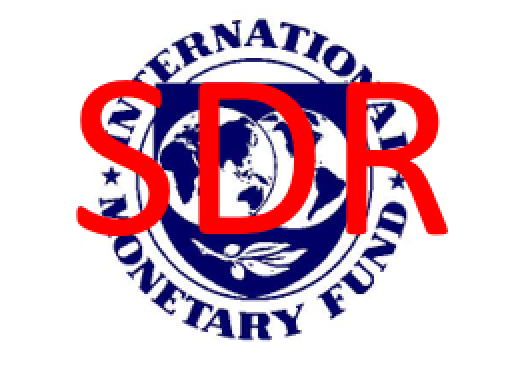 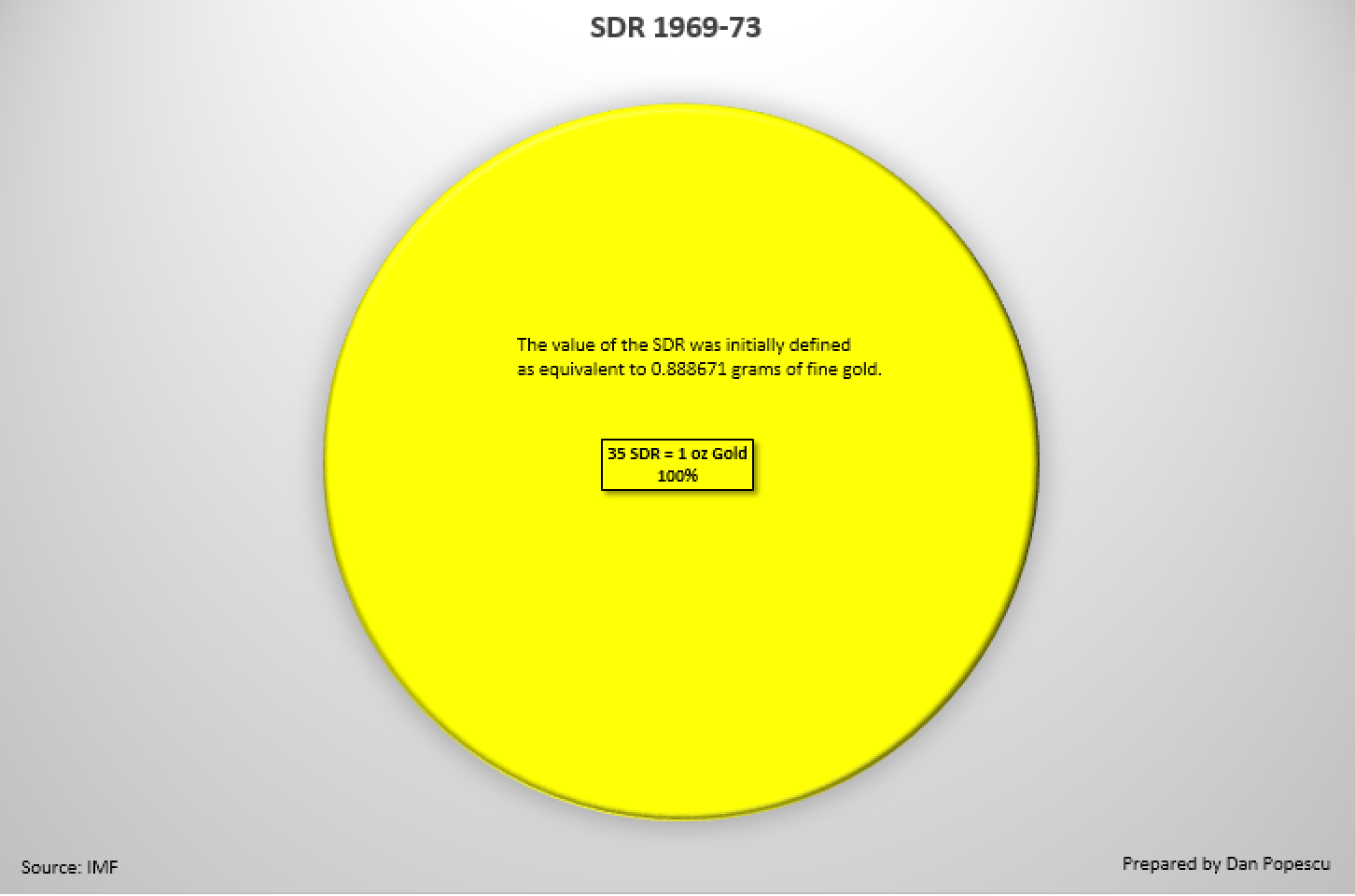 After the gold exchange standard (Bretton Woods Accords) collapsed in 1973, the SDR was redefined as a basket of currencies. From 1974 to 1980 the SDR was composed of 16 currencies in different proportions. In 1978 the Danish krona and the South African rand were removed and replaced by the Saudi Arabia riyal and the Iran rial. You needed a computer to determine its value and there were not many then. So you see why it was never adopted and the dollar was preferred? 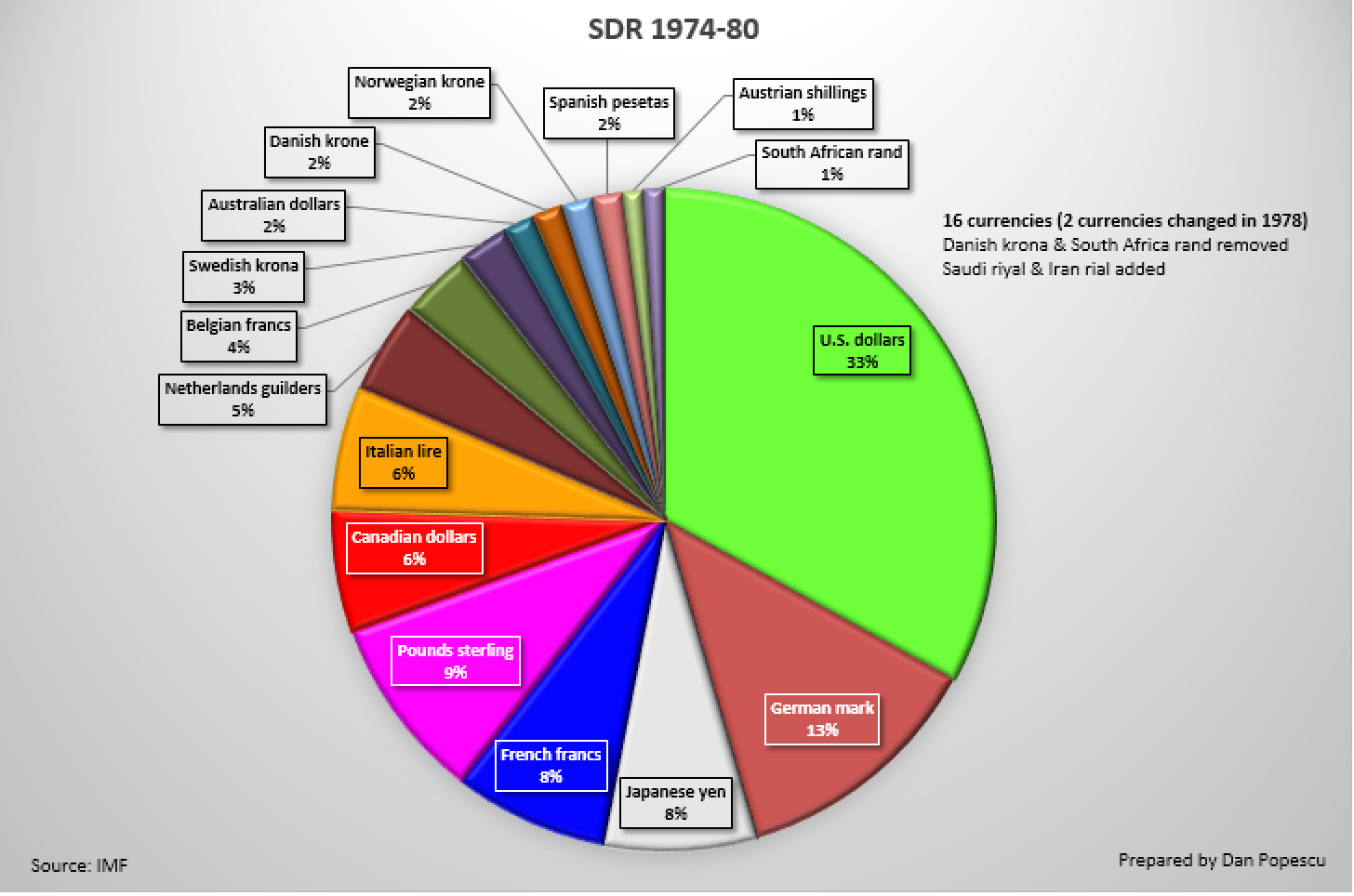 In 1981 the SDR was simplified and the number of currencies cut to 5 (US dollar, German mark, French franc, British pound and Japanese yen). 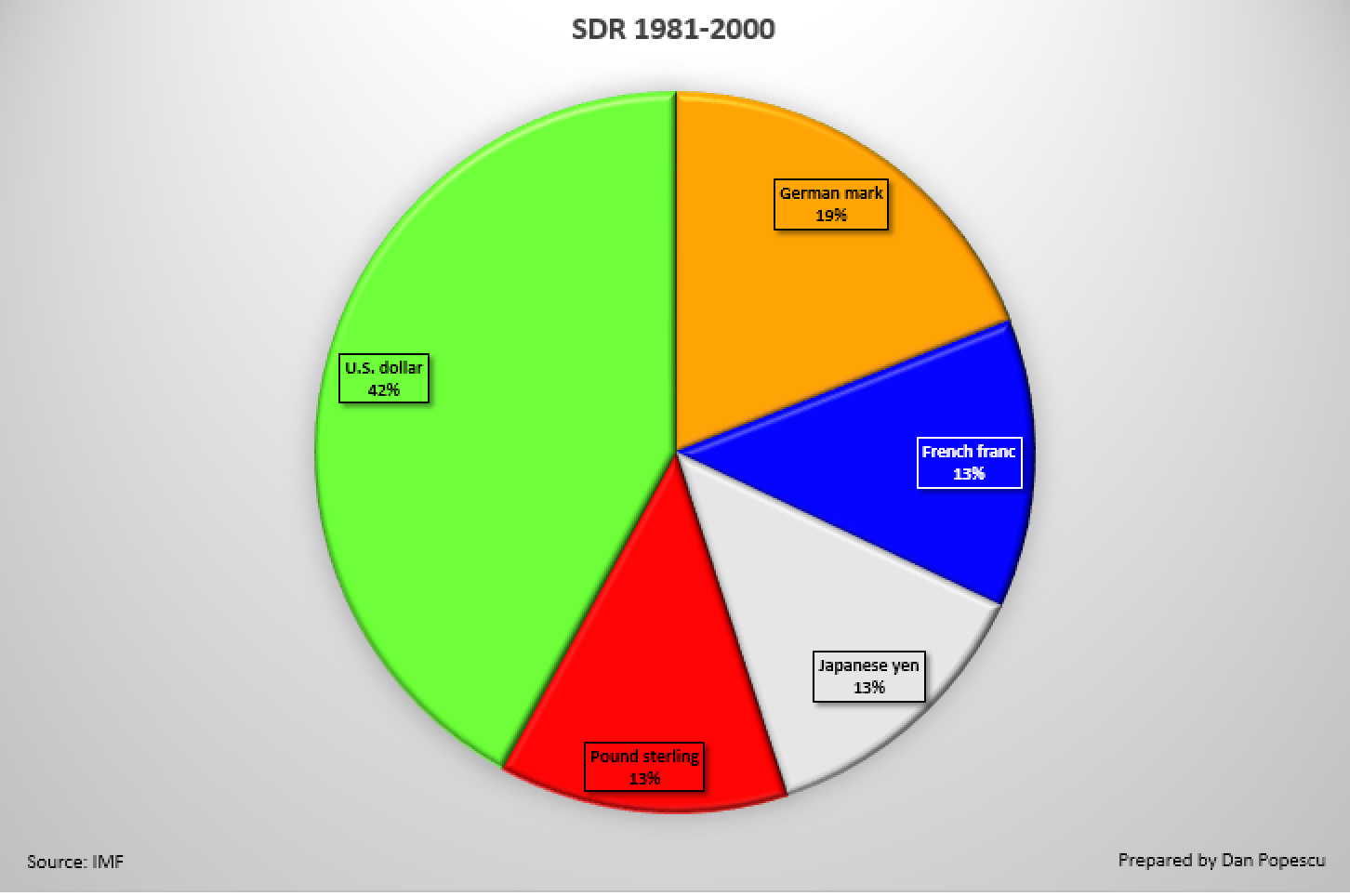 In 2000 the German mark and the French franc were replaced by the euro with no change in the weightings. 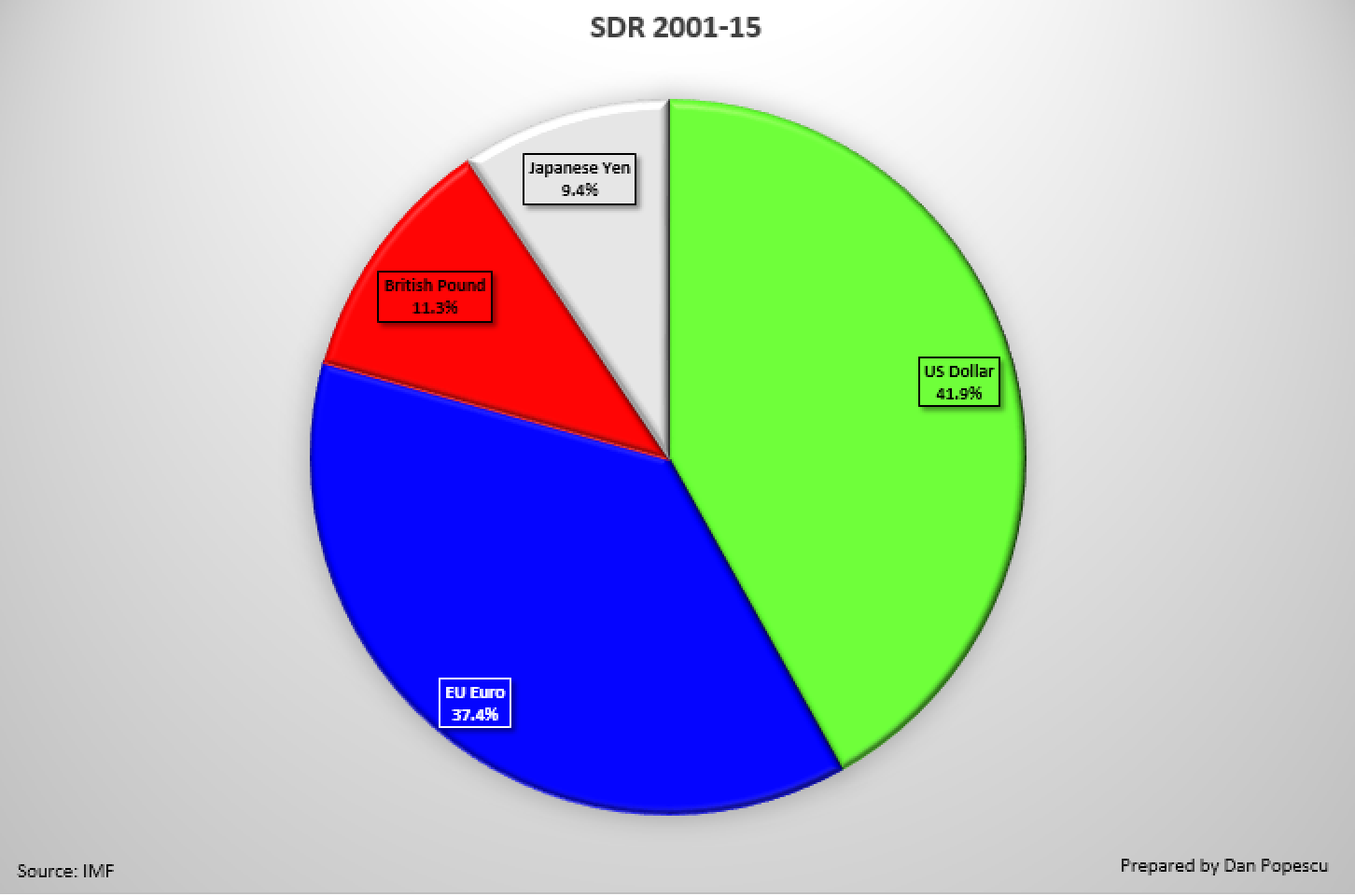 From October 1st, 2016, the Chinese Yuan will be added to the basket. 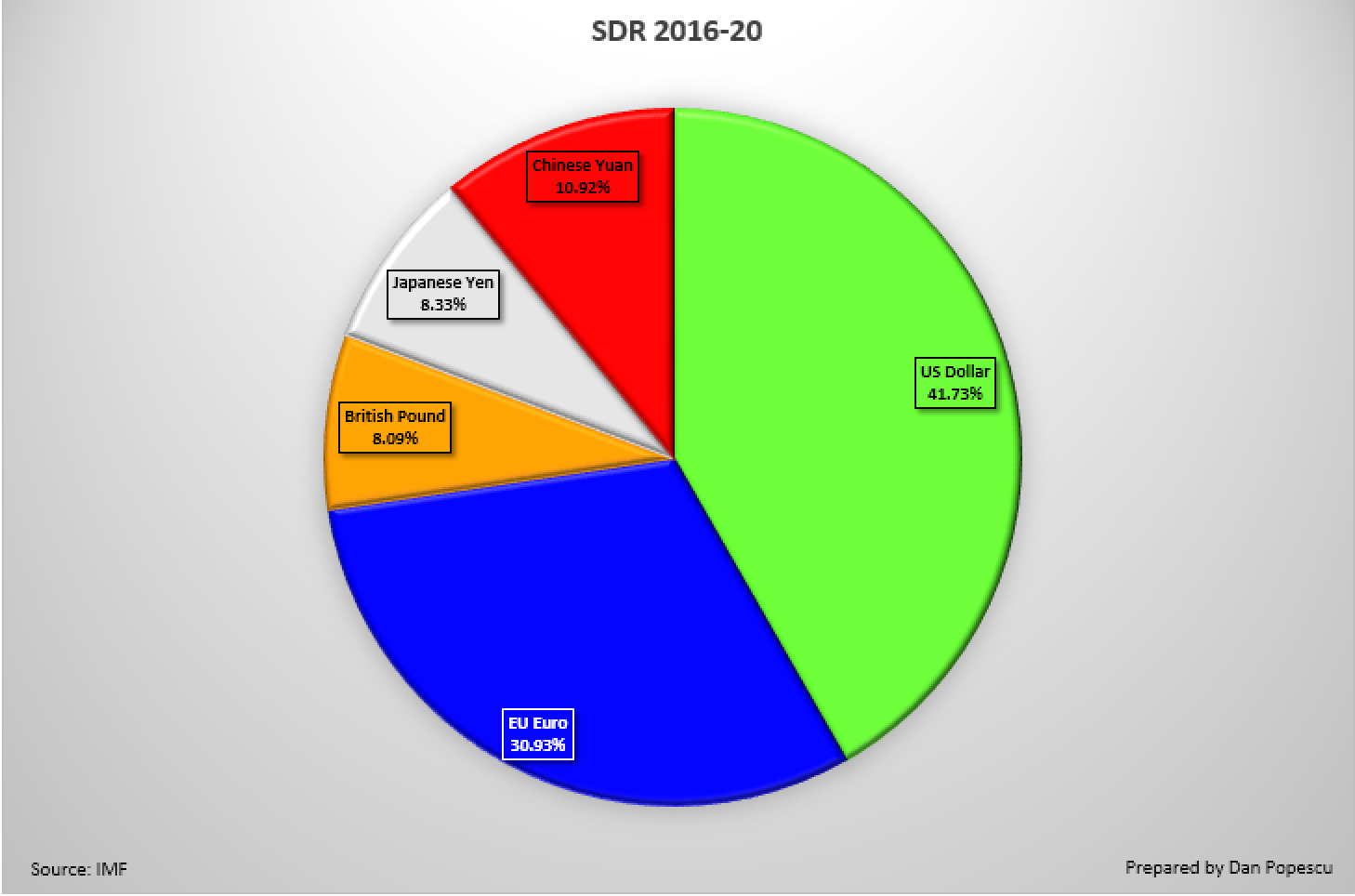 SDRs are neither a currency, and neither are they IMF-issued credits. It is rather a potential claim on the free-floating currencies of the IMF members. It is more an index than a basket composed of four (five in 2016) currencies. The basket composition is reviewed every five years by the IMF’s Executive Board so even if the composition didn’t change, between for example 2001 and 2015, the weightings have slightly changed.

The initial weights assigned to each currency in the SDR basket have been adjusted to take account of changes in the share of each currency in world exports of goods and services and international foreign exchange reserves. The relative weights of the currencies included in the basket reflect, according to the IMF, their relative importance in the world’s trading and financial system. The small revisions to the methodology of selecting the currencies in the SDR basket and the inclusion of the Chinese Yuan have not solved the problem of the international monetary system. In the updated version of the SDR the US dollar still dominates at 41.37% (previously 41.9%). The introduction of the Chinese Yuan has affected the EU currencies (euro and pound) only. The dominance of the US dollar in the SDR remains.

A basket of currencies that are at the core of the problem doesn’t solve the problem because they are the problem. Same as in the CDS crisis in 2008, diversifying the basket of bad assets doesn’t correct the problem of one bad asset. Economics Nobel prize winner Robert Mundell and a study done by the Dubai International Financial Centre (DFIC) proposed to include some percentage of gold in the SDR. Prof. Mundell proposed 50% gold and the DFIC 20%. That would be a step in the right direction but still prone to the same issues. Debt and budget deficit are at the core of the problem of the US dollar and also of the other SDR currencies (EU euro, British pound, Japanese yen and the Chinese Yuan). 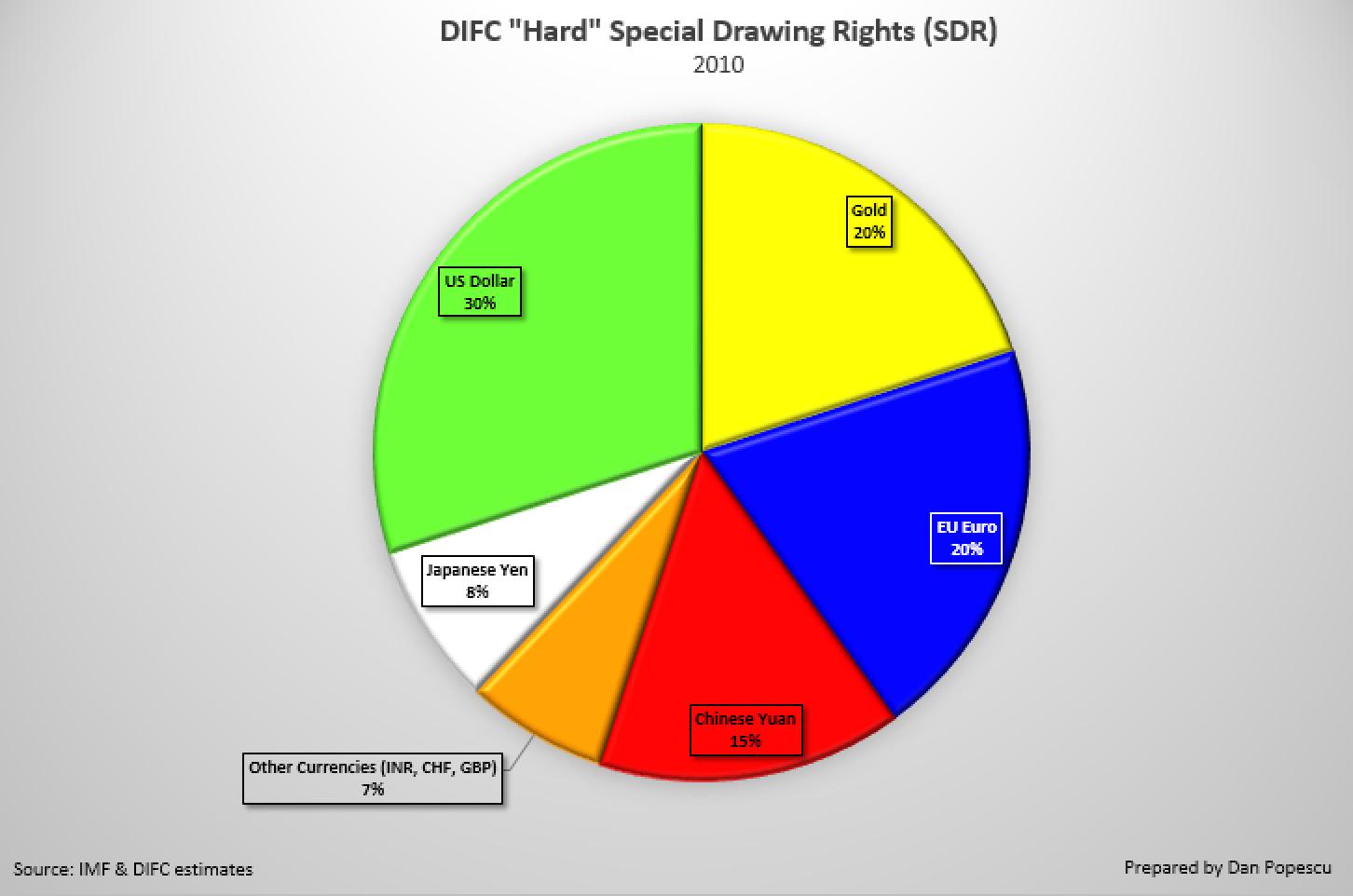 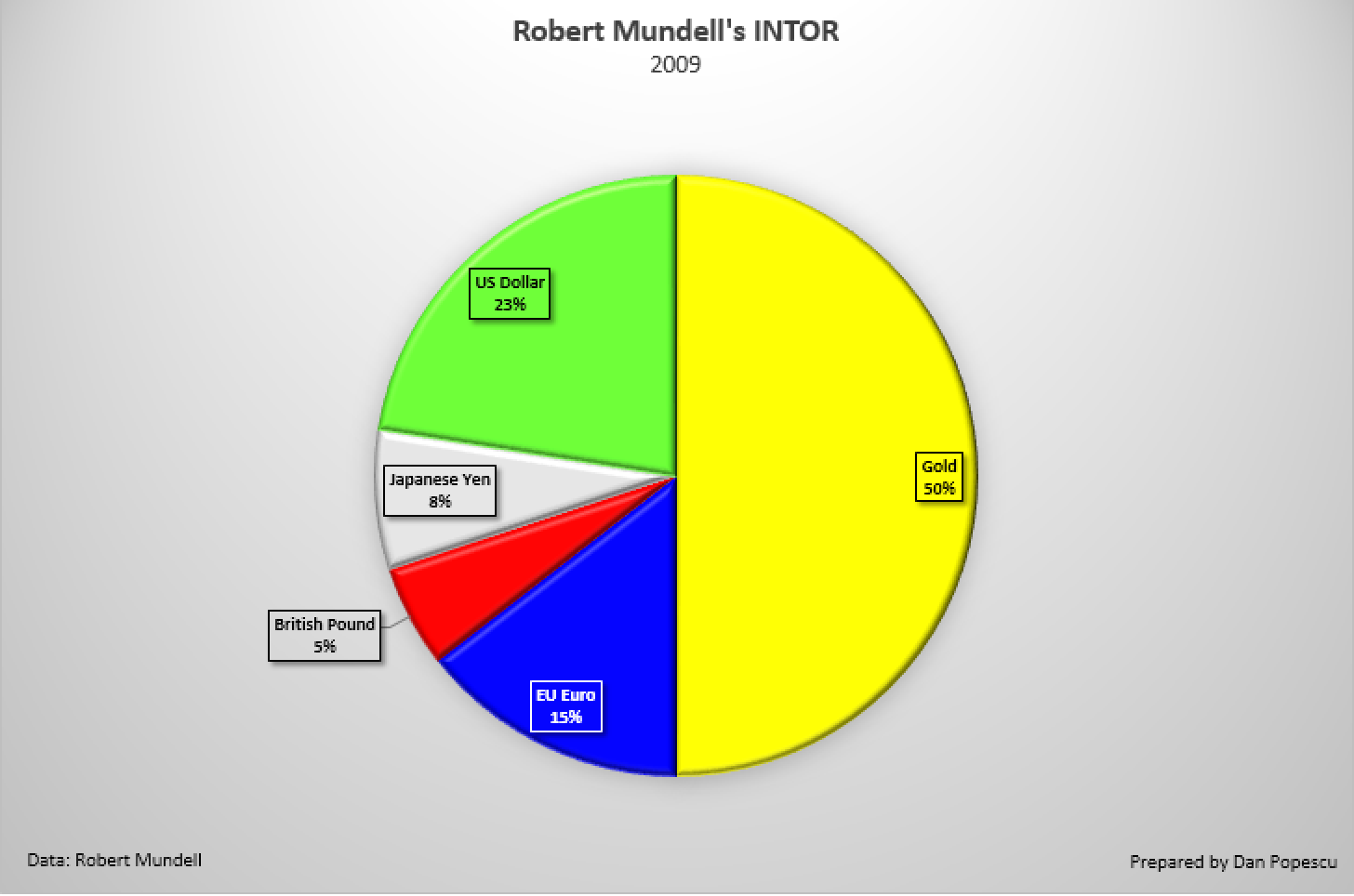 Another proposition is an SDR “disconnected from individual nations,” as the president of the PBOC proposes. How will it work? The PBOC’s president didn’t elaborate. To answer that I refer to the Chinese author of Against the Consensus and former chief economist of the World Bank, Justin Yifu Lin and his p-gold. Paper-gold would be an international currency that has the flexibility of paper money, in that it could support liquidity growth as the global economy expands, but that – like a commodity such as gold – would be “outside” the system of national currencies.The supply of p-gold would follow Friedman’s k percent rule (or a modified Taylor rule) based on a projected measure of global economic and asset transaction growth. It has nothing to do with gold.

The IMF itself makes no bones about its ambition to establish SDRs as a global reserve currency. In a recent paper on the review of the methods of valuation of the SDR, the IMF states that “a key objective is to enhance the attractiveness of the SDR as an international reserve asset” and “the purpose of the review is to ensure that the SDR basket reflects the relative importance of major currencies in the world’s trading and financial systems, with a view to enhancing the SDR’s attractiveness as a reserve asset.” In this scenario the SDR would be only a scriptural accounting unit between central banks, not a circulating currency.

At the same time the U.S. has been doing everything possible to postpone the inevitable end of the dollar supremacy by dragging its feet in the process of an update/reset of the international monetary system. From the beginning the U.S. has fought gold and considered it the enemy, preferring paper SDR. In 1974 Sidney Weintraub, U.S. Deputy Assistant-Secretary of State for International Finance and Development, said:

“U.S. objectives for the world monetary system – a durable, stable system, with the SDR as a strong reserve asset at its center – are incompatible with a continued important role for gold as a reserve asset” and “It is the U.S. concern that any substantial increase now in the price at which official gold transactions are made would strengthen the position of gold in the system, and cripple the SDR.”

In a recent interview with Bloomberg, Treasury Secretary Jacob J. Lew said the U.S. intends to ensure the dollar stays the world’s leading reserve currency, a day after the IMF elevated the Chinese Yuan into the basket alongside the dollar, euro, yen and pound.

At the same time as China takes the reins of the G-20 for the coming year 2016, Bloomberg reports that China intends to make the international monetary system more resilient to shocks and, perhaps, less reliant on the US dollar. China is setting up a working group led by South Korea and France to develop proposals, including on ways to strengthen the role of the SDR. Bloomberg also reports that “China also wants a discussion around whether some commodities should be priced in the IMF’s reserve currency, known as Special Drawing Right or SDR, according to a European official involved in the G-20 talks.” The article also notices the absence from a senior role so far of the U.S. Today Bloomberg also reports that the PBOC announced its intention to reduce the Yuan’s link to the dollar by switching to an index of currencies. The PBOC published a new Yuan index that is composed of 13 currencies. The dollar accounts for 26.4% of the basket, while the euro makes up 21.4% and the yen 14.7%. This is a first step towards delinking the Yuan from the dollar.

The problem with the SDR is that it is based on a multiple reserve currency system supported by three major currencies (US dollar, euro, and now also the Yuan). A multiple reserve currency system, if it emerges based on the SDR, would be less stable than the current (US dollar) non-system. A multi-polar system would require participating governments to be disciplined in their macro-economic policies in order to be strongly motivated to cooperate. A multiple reserve currency system needs to be stable even in the absence of powerful governance structure for adequate cooperation and policy coordination, to avoid crises or mitigate their impacts. The SDR is not an asset external to the monetary system, as gold is with an independent value, so expanding the supply of SDRs expands claims on the underlying currency.

As a composite fiat currency, the SDR’s role as a store of value depends on the credible solvency of the sovereigns that issue the underlying currencies. Such an SDR-based international monetary system must always operate by concensus. I see no such concensus developing since the collapse of the détente era (1990-2008) and since the new Cold War started (2008- ). Since the de-linking of the SDR from gold in 1973 it has followed the same path as its composing currencies and dropped against gold from 35 SDR/oz in 1973 to 776.48 SDR/oz today (2,218.51%). 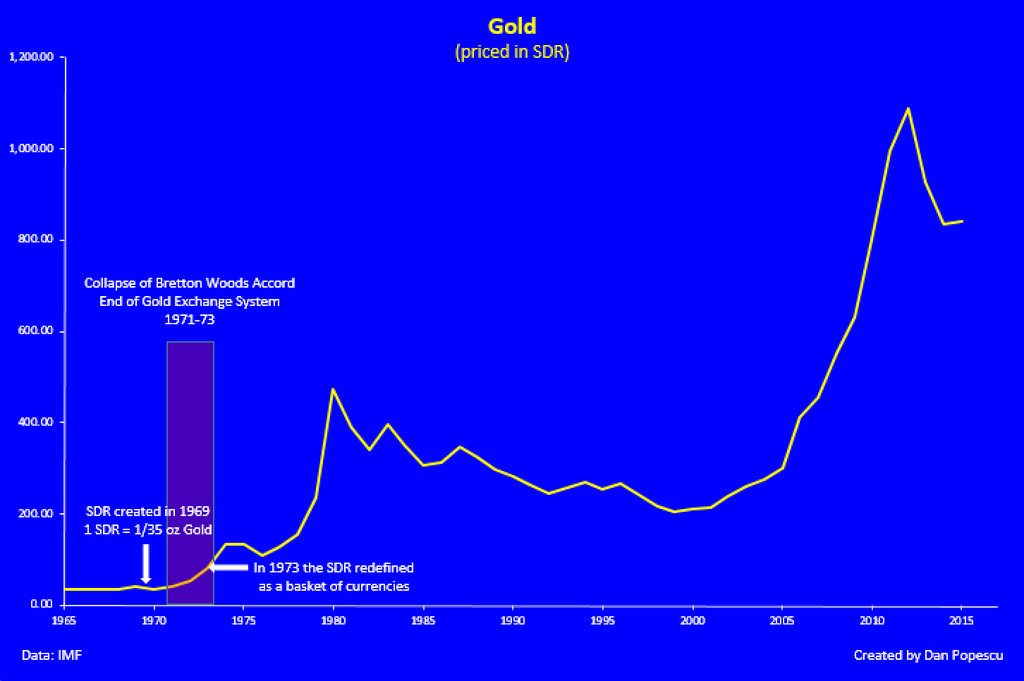 As of now I expect the dollar system to become an SDR multiple reserve currency system but only as a transition. The U.S. will lobby hard for it since it will maintain US dollar dominance. The new SDR evaluation method adopted in 2015 favors even more the US dollar. The U.S. has been fighting hard since the ‘60s to eliminate gold and keep it out of the international monetary system, with success I might say, at least until now. However, I believe the SDR will also collapse for the same reasons as the dollar system. In this case the only thing that is left and that stood the test of time is gold. It is universally recognized and accepted.

Peter Bernstein, in his book The Power of Gold, said, “Gold may again serve as the ultimate hedge in chaotic conditions. Its return to its traditional role as universal money is unlikely, however, unless the time should come when the dollar, the euro, and the yen have all failed to function as acceptable means of payment across international borders.” He found this possibility of “chaotic conditions” unlikely when he wrote the book in the late ‘90s but today, in 2015, I find it very likely.

Gold is money in extremis. Gold has been, is and always will be the de facto international currency standard, even if not legal, to which central banks and individuals instinctively return, especially in “chaotic conditions”. 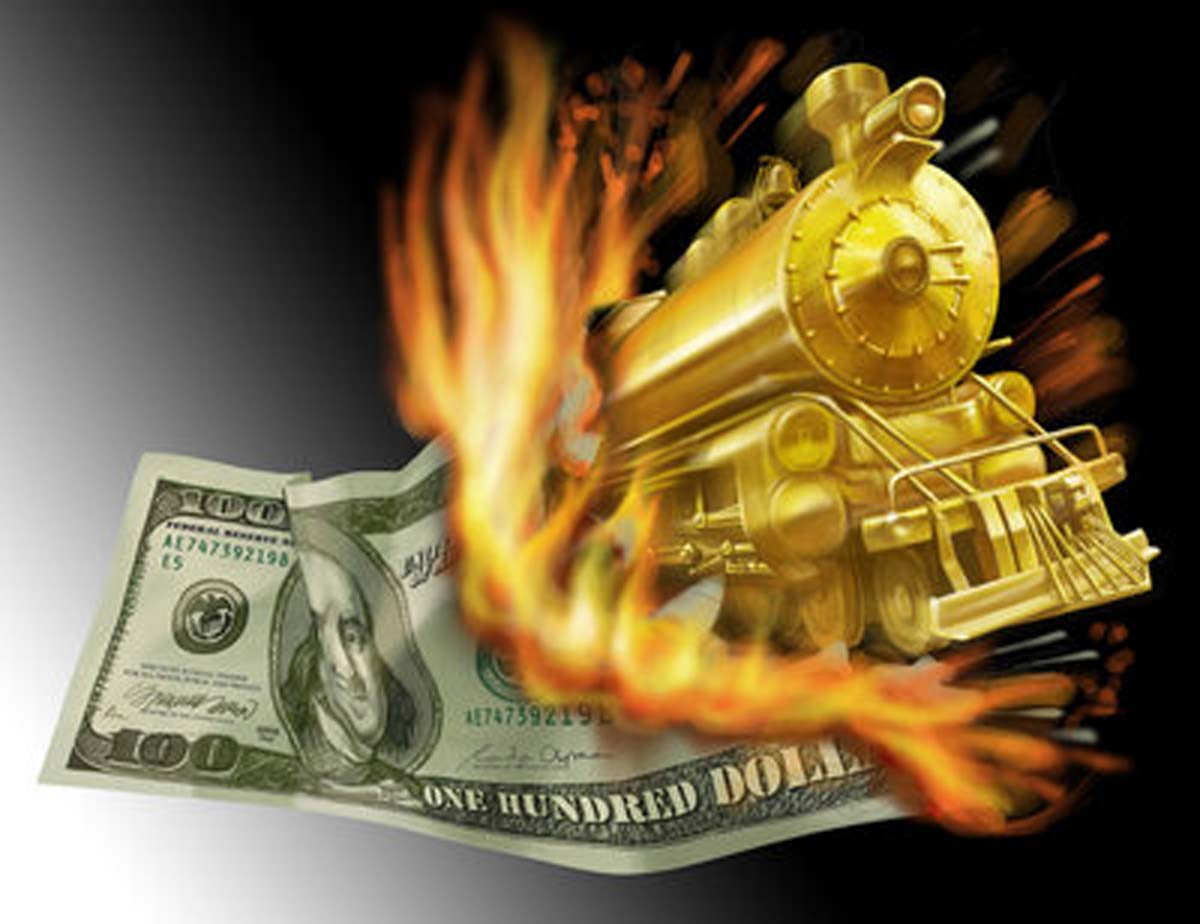 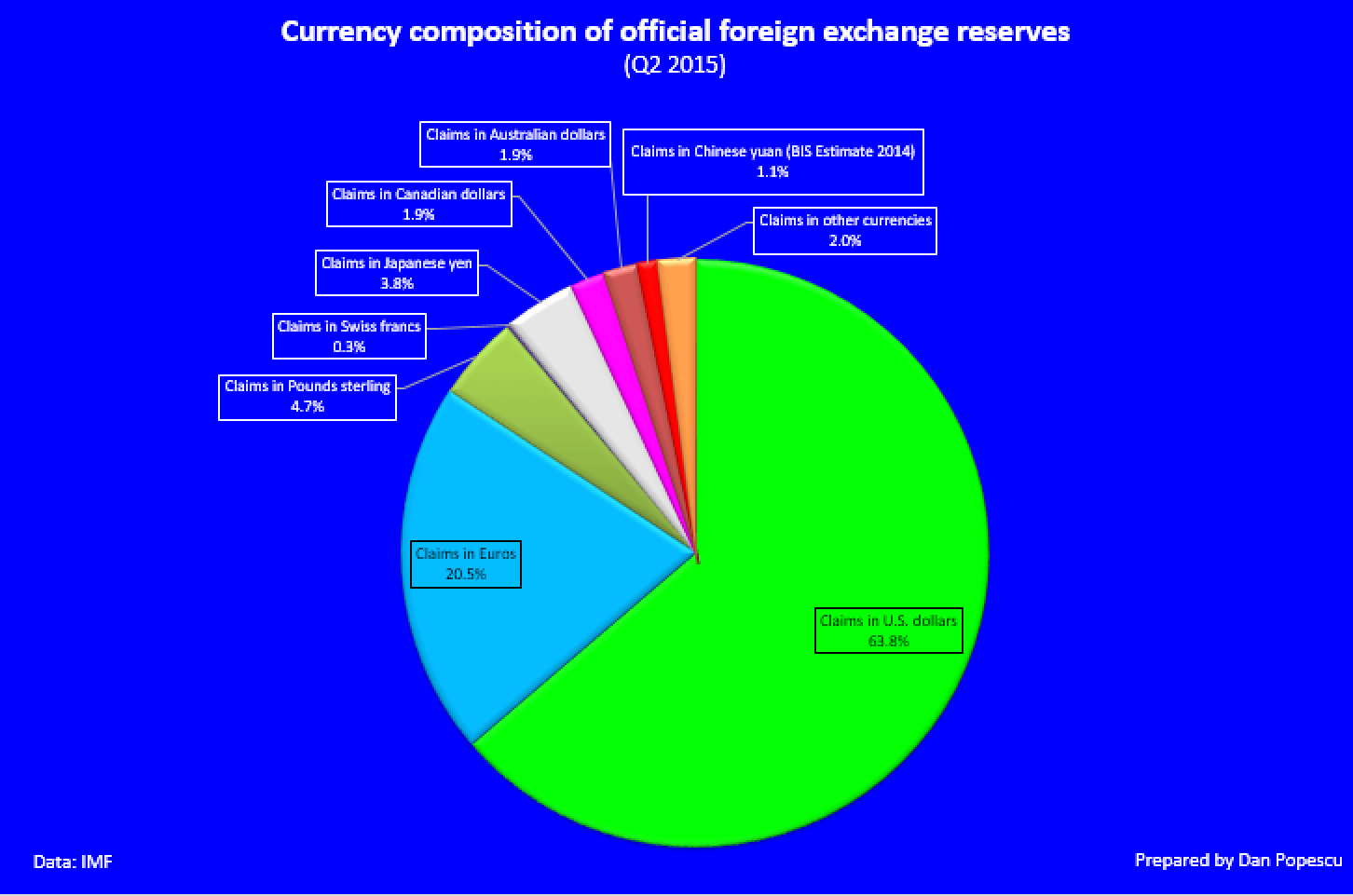 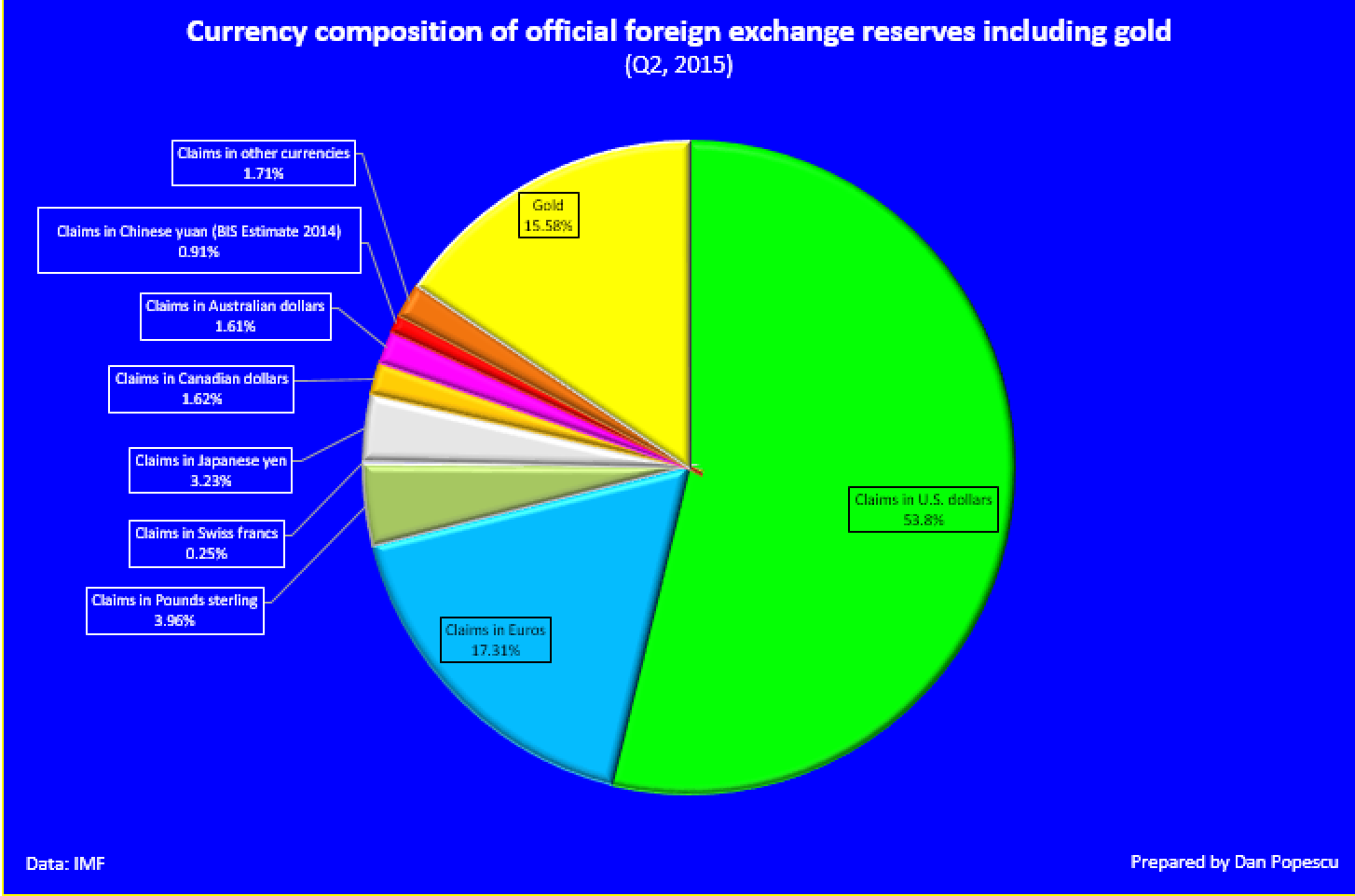 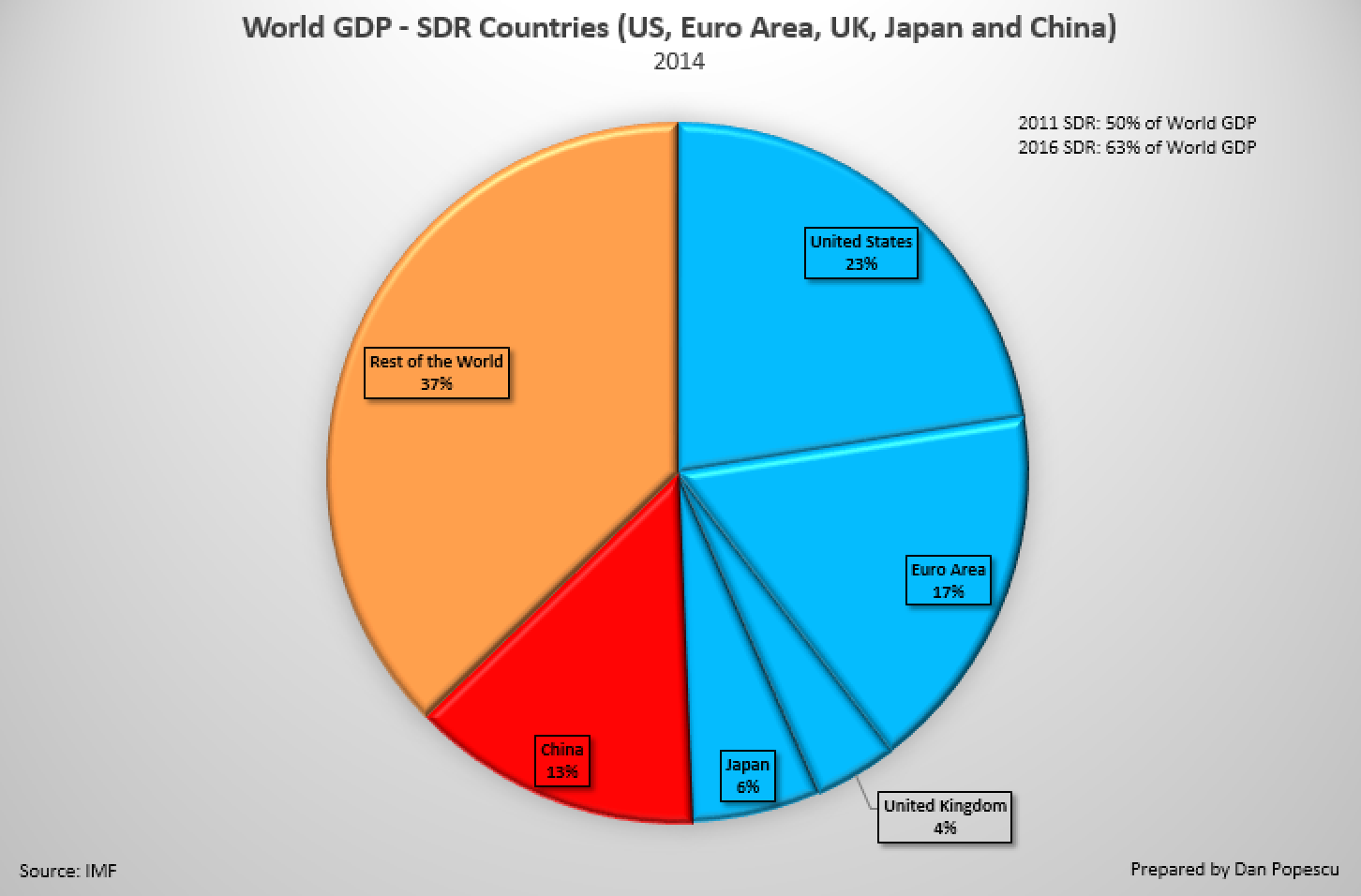