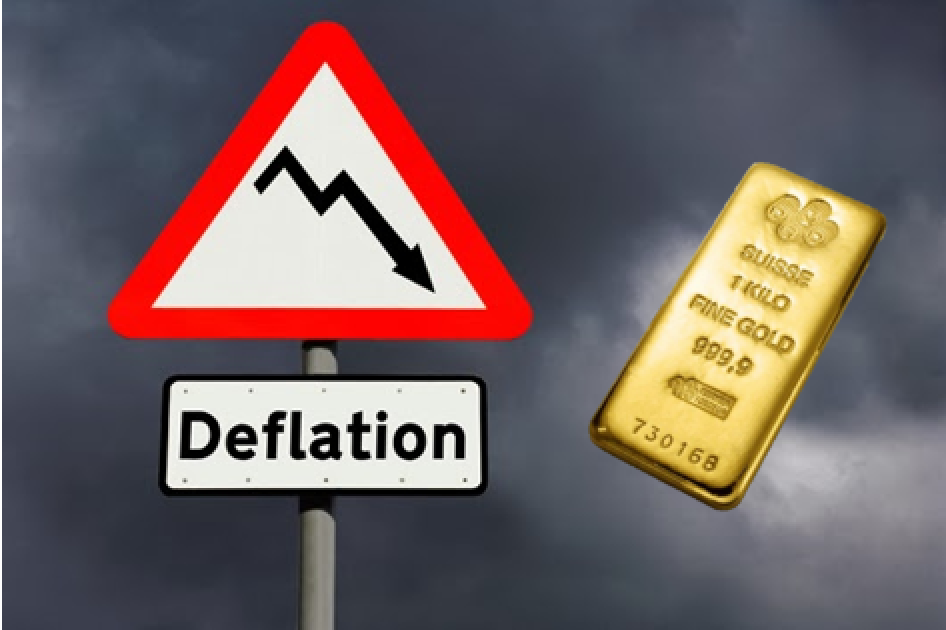 Since the start of this gold correction in 2013, the most bearish argument I hear is that there is no risk of hyperinflation or even high inflation, but rather a risk of deflation (or a negative inflation rate, not to be confused with a lower rate of inflation increase, or disinflation).

What to make of it? First, let us define what we mean by inflation. In general, inflation is defined as an increase in the price of most goods and services. But what causes this increase? Is it a change in supply and demand of the goods and services or just an increase or decrease in quantity of money in circulation? If the price increase occurs, as an after-effect, because of an increase in the amount of money in circulation, we have inflation. And this happens when a central bank issues more money than is necessary for the transactions of goods and services to create an illusion of wealth increase. Instead, what happens in that case is rather a loss of value of the currency (dollar, euro, etc.) due to its increased supply, rather than a change in the supply and demand of said goods and services.

Gold itself has some small inflation. However, in the chart below we can see that the inflation rate of gold money follows growth in population. As you can see in the chart, population growth has been recently around 1.2 percent and gold production 1.7 percent. Ounces of gold produced per new person added has been relatively constant, around 1.0 since 1500. 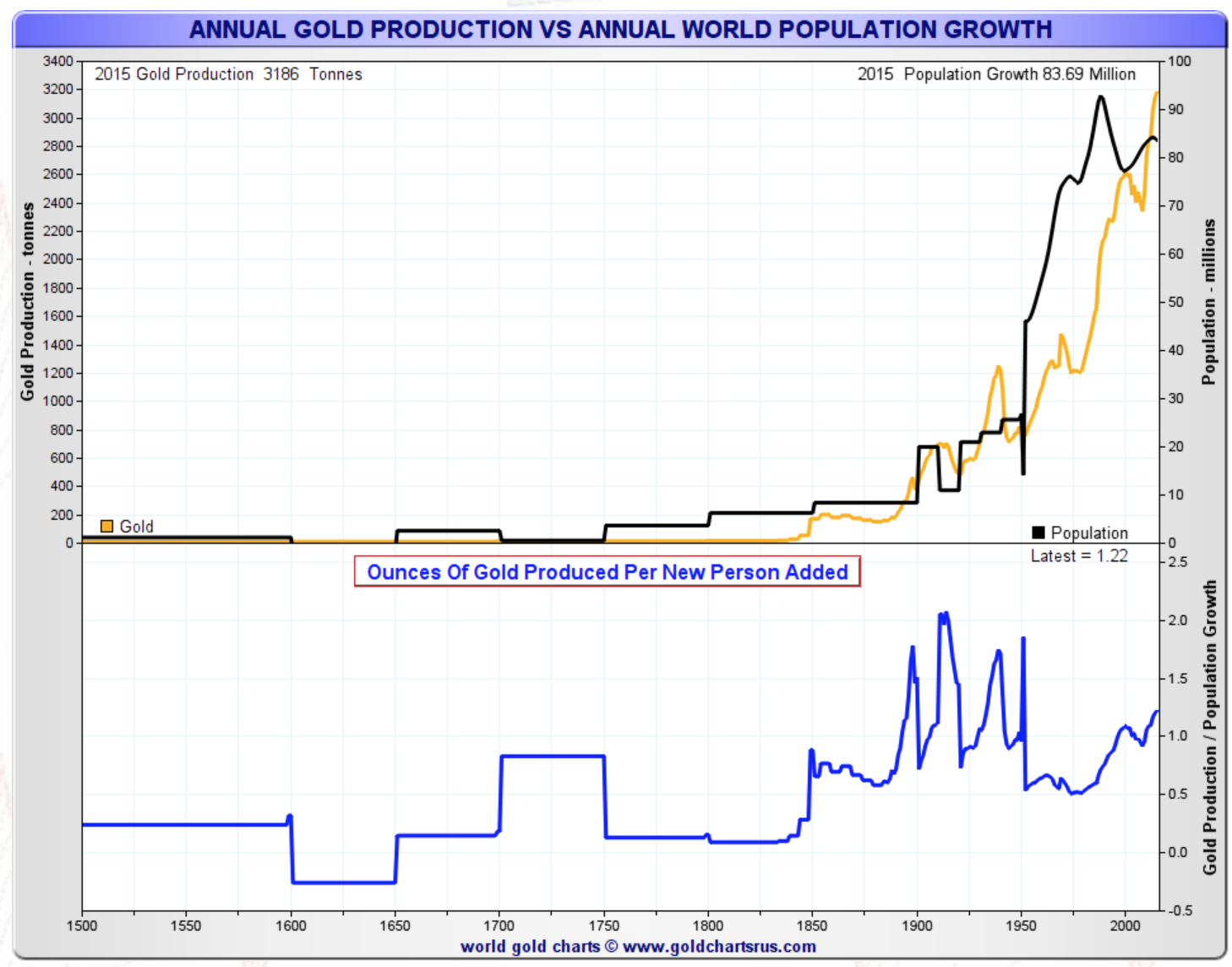 In a period of deflation, the value of money increases and interest rates become negative, so people wish to keep some cash, if not all of it, out of the banking system. This is catastrophic for the banking system and may even lead to its destruction. This is why deflation is the greatest enemy of banks and central banks. However, after a prolonged period of leverage comes a period of deleverage that may lead to a period of deflation.Past governor of the Bank of Canada and current governor of the bank of England,Mark Carney, called it in a speech in 2011 the "Minsky moment" of the international monetary system.

How did gold react in prior periods of deflation? Roy Jastram, author of an excellent book on gold, The Golden Constant, has identified three major periods of deflation: 1814-1830 (16 years), 1864-1897 (33 years) and 1929-1933 (4 years). The only monetary parameter that stayed constant throughout those periods has been gold. A given quantity of gold would have been traded for 80% more commodities in 1896 in the United Kingdom than twenty years sooner. Between 1920 and 1933, prices fell to their lowest level in British history. Gold reacted by increasing in price at the same time as commodities until it peaked in 1920. The gold price index stayed constant, within one decimal, for 90 years. Then, between 1918 and 1920, it jumped by 33%. 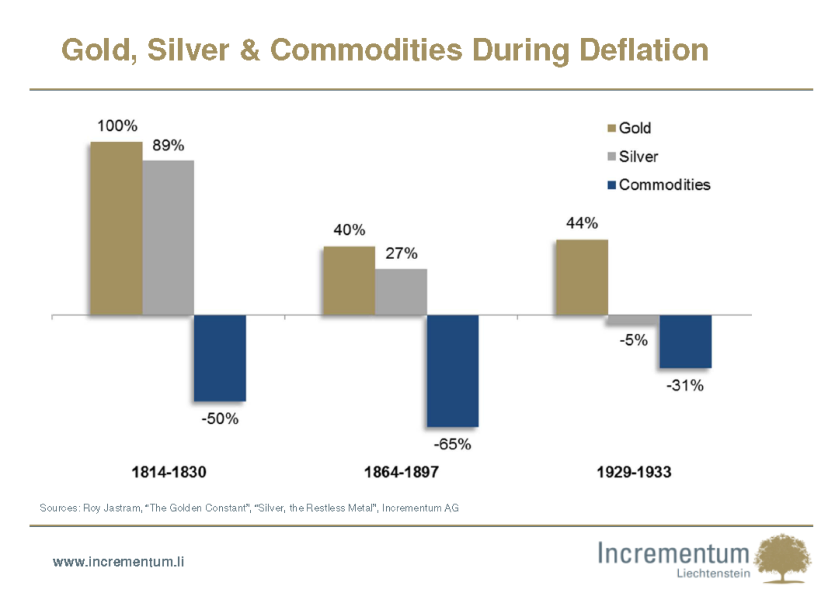 By de-stabilising the banking system and the monetary system, deflation creates a period of chaos and uncertainty, which is quite positive for the price of gold. Gold is the only money that is real and has no counterparty risk, contrary to paper currencies based on debt. During a period of deflation, there are many banks that go under and debt default is generalised, so people tend to keep their money outside the banking system and, preferably, in the most marketable goods, gold and silver, which have no counter party risk. If we get deflationary implosion, then there will be no financial system functioning properly for a while and gold and silver will be one of the few methods of payments. If you add to that the elimination of paper cash as former IMF economist Kenneth Rogoff proposes, then gold and silver are the best and most marketable physical cash left.

In conclusion, it is not necessary to have a high rate of inflation or hyperinflation, as we often read in the media, for the gold price to take off. Even deflation can generate a major increase in gold demand and, therefore, in gold price. The only negative outcomes for gold would be disinflation and low inflation.

We are now moving into a period of transition to a new international monetary system. During this period of transition, money will be needed as a method of payment or for barter. Throughout periods of crisis, whether hyperinflationary or deflationary, gold has always functioned as money. Gold is money in extremis. 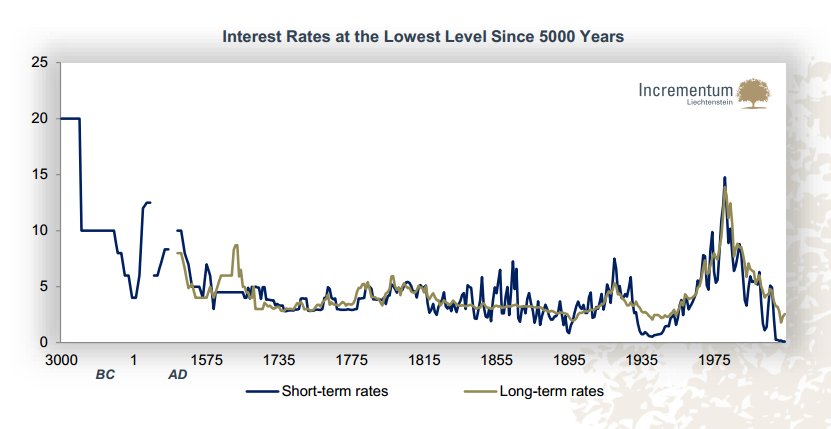 One aspect of deflation that we can observe in many countries is negative interest rates. Negative interest rates are bullish for gold. Backwardation in gold and silver is the consequence of interest rate manipulation by the state. Backwardation happens when the price of a future contract on a commodity (like gold or silver) is lower than the spot price. It indicates that people prefer to be holding gold and silver, rather than fiat money (paper/electronic currency) from a country (dollar, euro, yen, etc.). 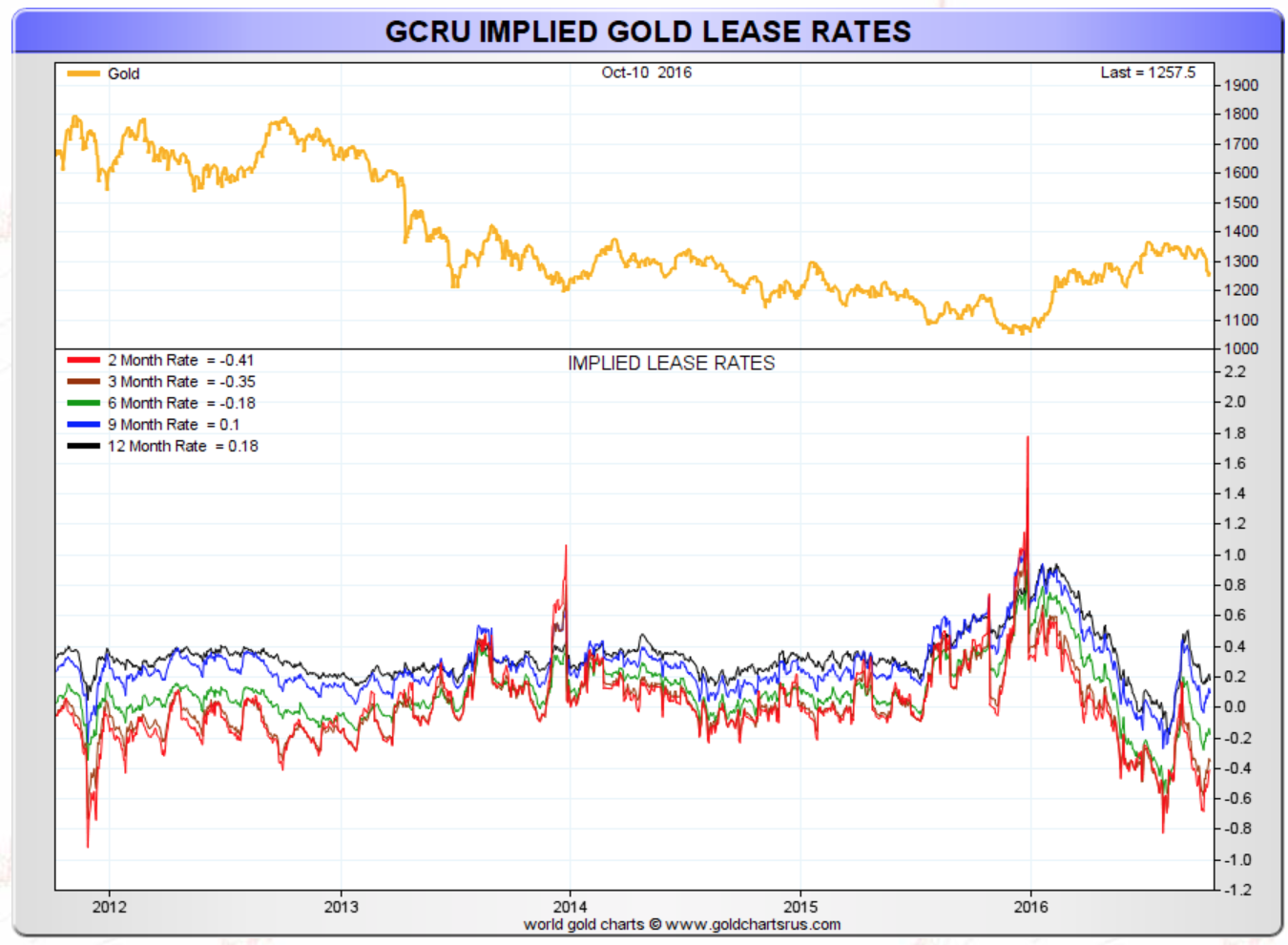