Lawrence Lepard is an experienced investor and fund manager who has focused on the precious metals sector since the 2008 financial crisis. In his opinion, gold is still the core of the financial system today and indispensable for any wealth strategy, especially in times of crisis.

According to him, the current fiat money system is of particular benefit to those who are close to the "source" and who have early access to newly created money. As a result, social inequality is increasing, and the gap between rich and poor continues to widen, as we can currently see. However, a fairer monetary system based on real values ​​is possible and, according to Lepard, could be reintroduced even before the end of this decade.

The market veteran thinks that inflation will become a serious problem in the future and even believes that hyperinflation is possible. In the wake of sustained inflation, the central banks may indeed try to raise interest rates in the next few years, but they will remain well below the inflation rate. As a result, Lepard expects a crash on the bond markets and even more extensive asset purchases by the central banks to avoid an excessive rise in rates. In his opinion, the balance sheet of the Fed could increase from currently around $ 8 trillion to $ 100 trillion.

On the physical gold market, Lepard sees a strong increase in demand since the beginning of the corona crisis, although the spot price has not yet broken out of its range of $ 1700 – $ 1900 due to the sale of "paper gold". If the all-time high of $ 2050 from last summer is exceeded, however, the way would be clear for the next uptrend. According to Lepard, this would probably take the gold price to $ 2,750.

However, this move would only be the beginning of the bull market. If the weaknesses of the financial system become obvious, enormous amounts of capital will flow into the safe haven of gold, according to the investor.

Lepard thinks that a collapse of the current fiat money system and a reorientation towards hard currencies is ultimately inevitable. Gold and silver would then again become the basis of the monetary system. For this reason, the investor does not want to give a specific price target for this decade, but he believes a gold price of $ 10,000 is quite possible before the currency system is reset.

In his opinion, we will reach a tipping point when people become aware that the money they have just earned will be worth less within a short time, and when they start converting it almost immediately into more stable values ​​such as gold, silver or bitcoin. 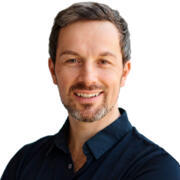 Studying business administration, he laid the foundation of his professional expertise. In 2001, he experienced the default of the Argentinian government, including its ruinous consequences for the country and its people, from within Argentina. Ever since, he has been concentrating his research on the monetary system, economic history, and wealth preservation.