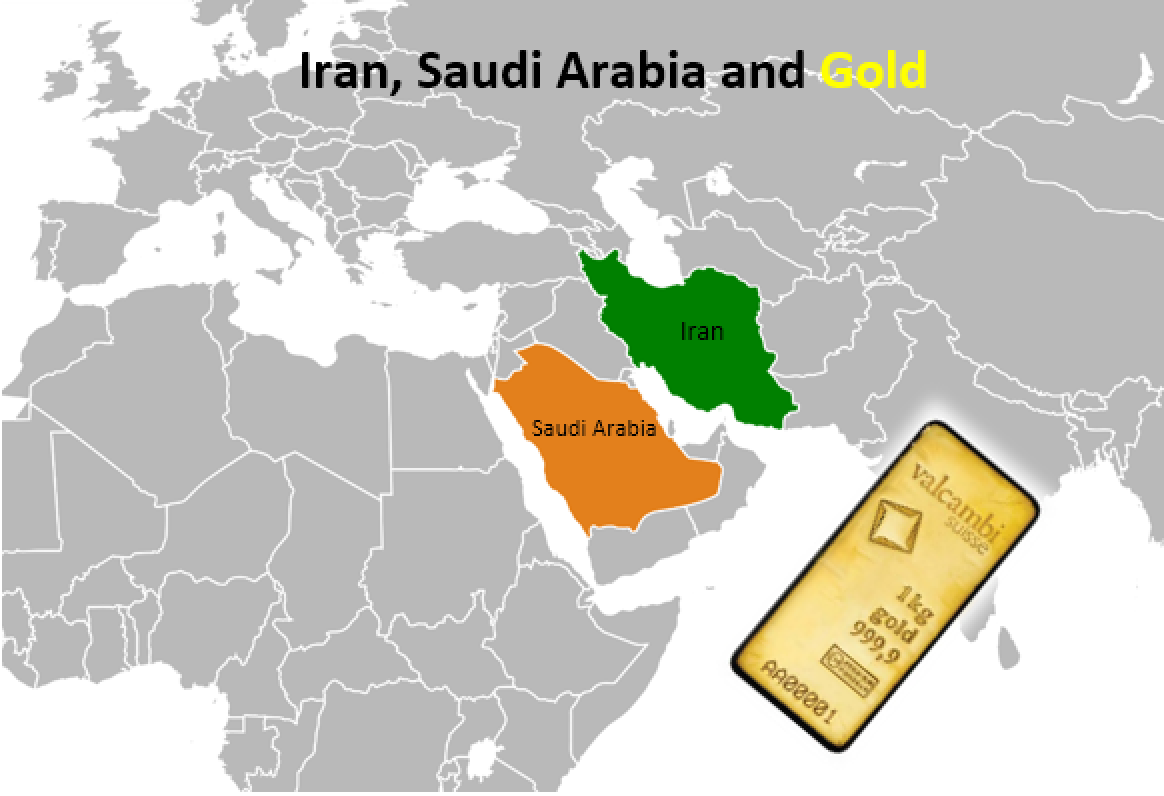 Where there is wealth and geopolitical instability gold shines. So what effect could, if any, have the recent Saudi-Iran conflict on the price of gold? We know that both Dubai and Turkey are in the middle of the gold trade in the Middle East but we know less about Iran and Saudi Arabia. The recent decision by Saudi Arabia to execute a Saudi Shia opponent escalated a long conflict between Iran and Saudi Arabia. The conflict goes at least to the Iranian revolution in 1979. Iran is mostly Shia and Saudi Arabia is mostly Sunni and both tried to extend their influence in the Middle East and the Muslim world and are still trying.

In 2007, 10% of Iran’s reserves were held in gold, 20% in US dollars (down from 40% in 2006), the rest mostly in Euro and other major currencies (yen, British pound and Swiss franc). In 2009, Iran's President Mahmoud Ahmadinejad ordered the replacement of the US dollar by the euro in the country's foreign exchange accounts because "it would help decouple Iran from the U.S. banking system." 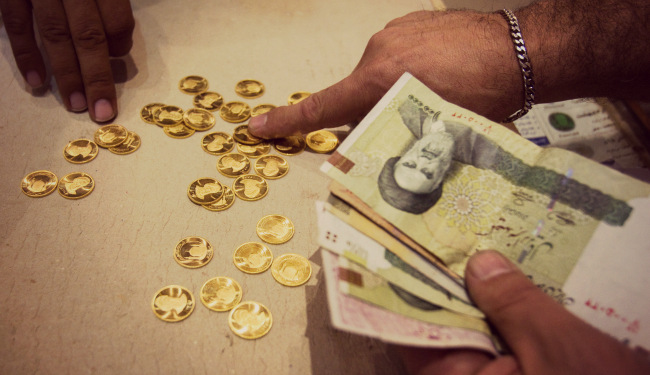 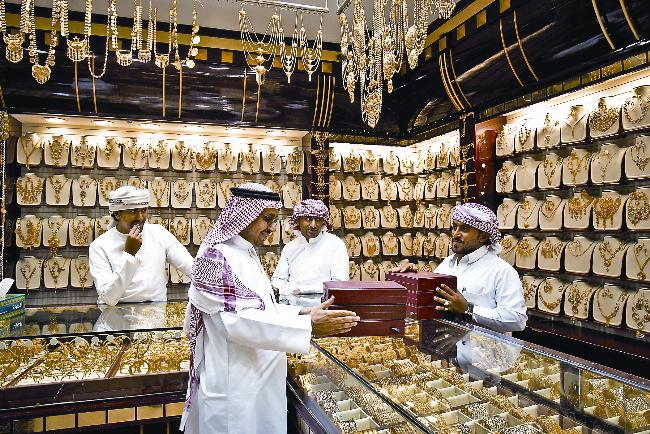 Supposedly in October 2010, Iran's gold reserves hit a record high as their central bank took preventive measures to avoid a possible asset freeze by Western countries. In 2009, when the gold price was on average $650 per ounce, a few hundred tonnes of gold were imported, according to Iranian news agency IRNA, who quoted the Governor of the Central Bank of Iran, Mahmoud Bahmani. Iran is speculated to have changed 15 percent of its foreign exchange reserves into gold. The former head of Iran's central bank under the Ahmadinejad administration had said that the Central Bank of Iran had 500 tonnes of gold in storage. We don’t know, but I would not be surprised if Iran had more or less 500 tonnes of gold reserves.

Because of the conflict with the U.S. the Iranian economy has been hurt and, with inflation on average about 20%, private Iranians have also accumulated gold. Shahrvand Daily reports that according to Gold and Jewelry Producers and Exporters of Iran, more than 100 tonnes of the country's gold are stashed in people's homes. Both Turkey and the United Arab Emirates have been involved in helping Iran circumvent the U.S. and international sanctions using gold. Following the Iranian Revolution of 1979, the United States imposed sanctions against Iran and expanded them in 1995 to include firms dealing with the Iranian government. In 2006, the UN Security Council passed Resolution 1696 and imposed sanctions, after Iran refused to suspend its uranium enrichment program. With the end of sanctions under the agreement reached at the end of 2015, a return to some form of stability in the region was expected. However, the conflicts in Syria and Yemen where Iran and Saudi Arabia are on opposing sides have increased tensions in the region.

Just by looking at a map of the Middle East we understand right away the importance of Iran and Saudi Arabia in the region. They are the largest countries in size, but Iran has more than double the population of Saudi Arabia. Both countries are rich in oil and count in the ten largest oil producers in the world (see annex chart). The recent collapse in oil price has affected both countries since both rely on oil as a major source of revenue. Oil in Saudi Arabia represents approximately 72 percent of the budget and 45 percent of GDP, and for Iran, 47 percent of the budget and 10 percent of GDP.

The recent conflicts in the Middle East put a lot of strain in the U.S.-Saudi Arabia relation. Recent technological discoveries have diminished U.S. dependence on Middle East oil. The September 11 terrorist attack in the U.S. strained slowly but surely relations between the two countries. Saudi Arabia is very unhappy with recent U.S. foreign policy in the region and has started to look for other allies. Recent and frequent trips by Saudi ministers to Russia and China indicate a desire by Saudi Arabia to find new alliances. A split between the U.S. and Saudi Arabia will have big consequences on the demand for US dollars and gold. 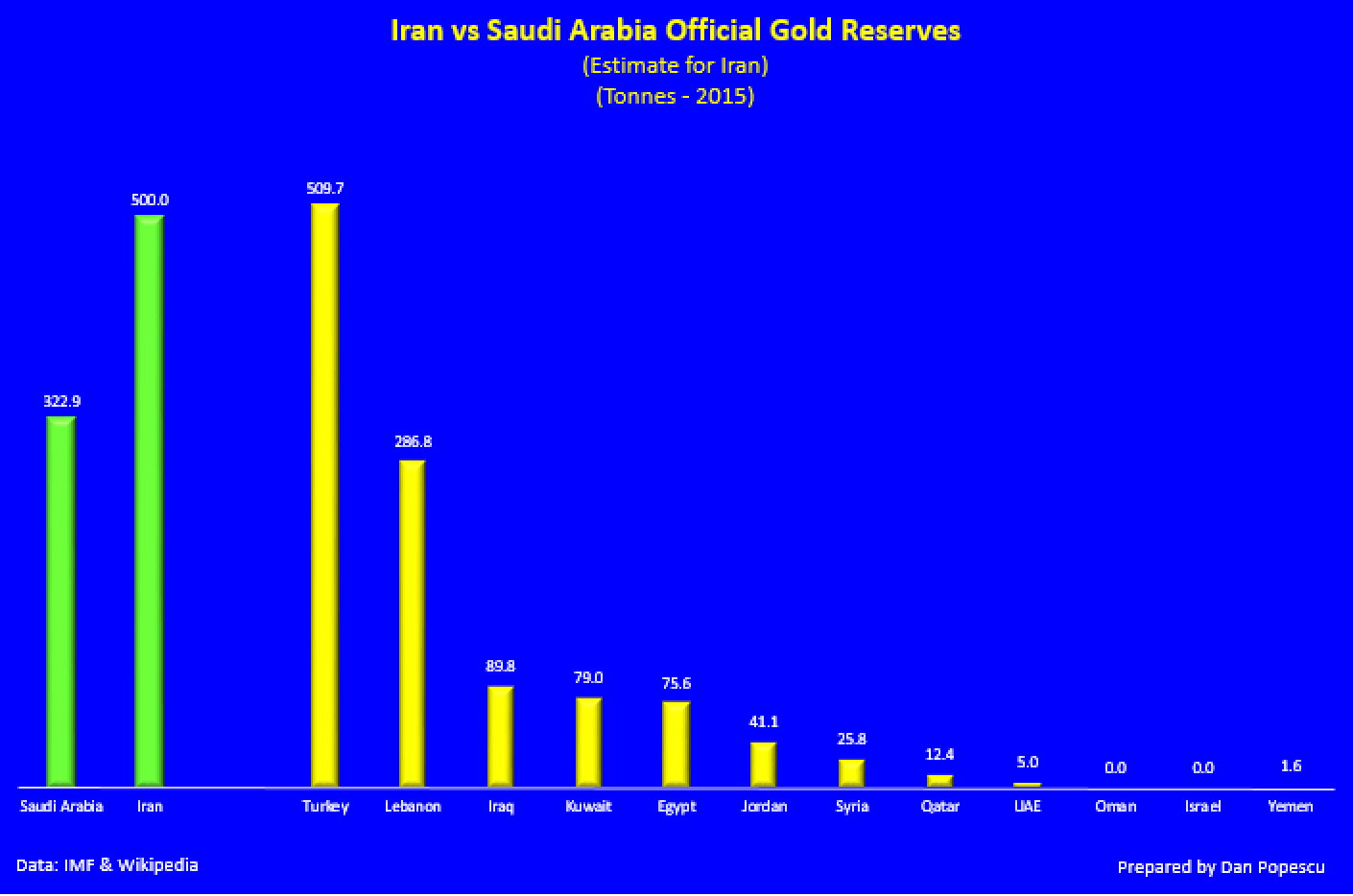 As a percentage of foreign exchange reserves Saudi Arabia lags far behind Iran. This is due to the agreement between the U.S. and Saudi Arabia to hold US dollars (treasuries) and charge for oil in US dollars in exchange for U.S. military defence. However, Saudi Arabia could have a lot more gold than it reports. As I mentioned above, I would not be surprised by an announcement this year that Saudi Arabia has at least double the present 322.9 tonnes. 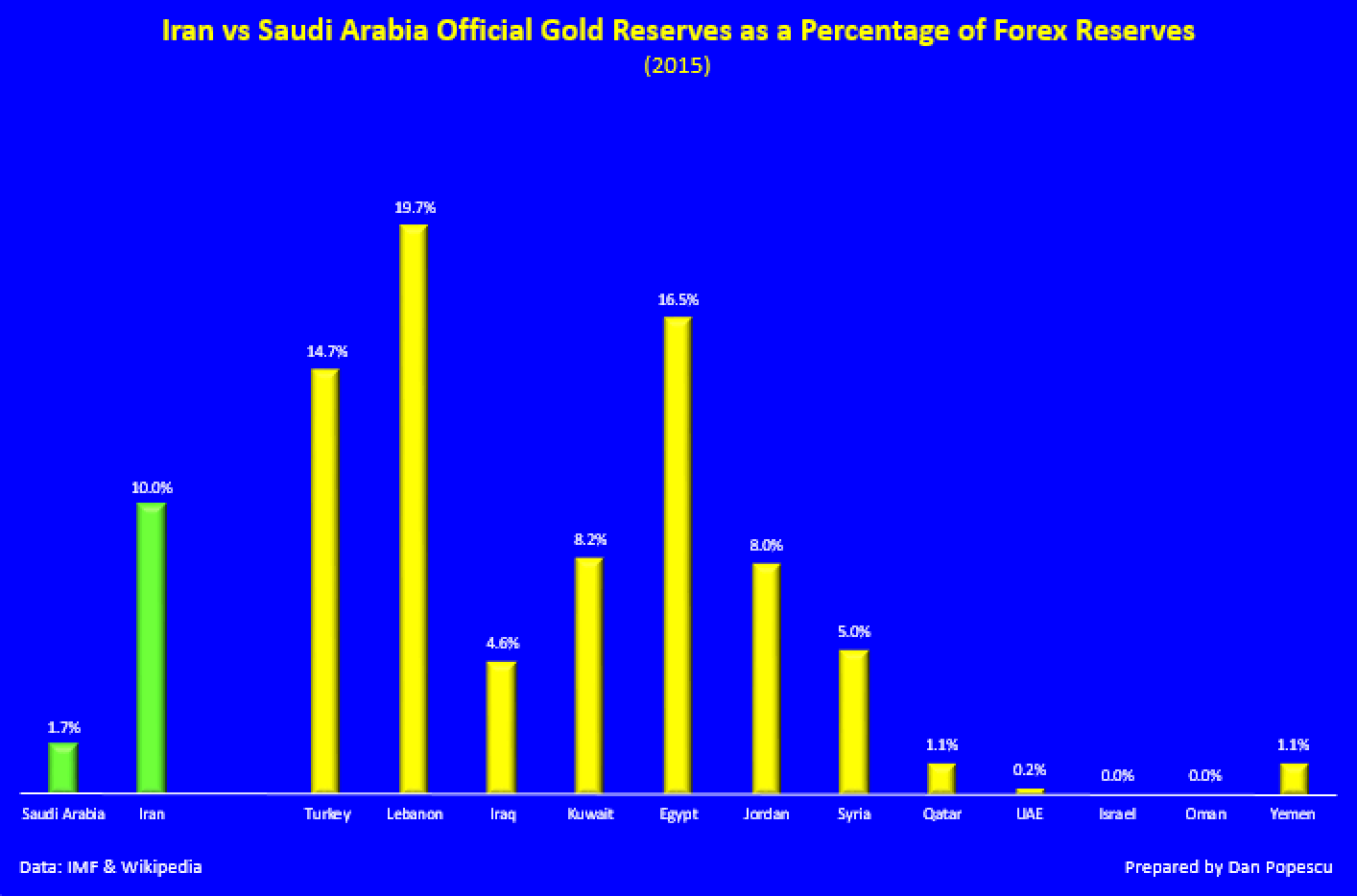 As a percentage of GDP, Iran has almost three times more gold than Saudi Arabia. 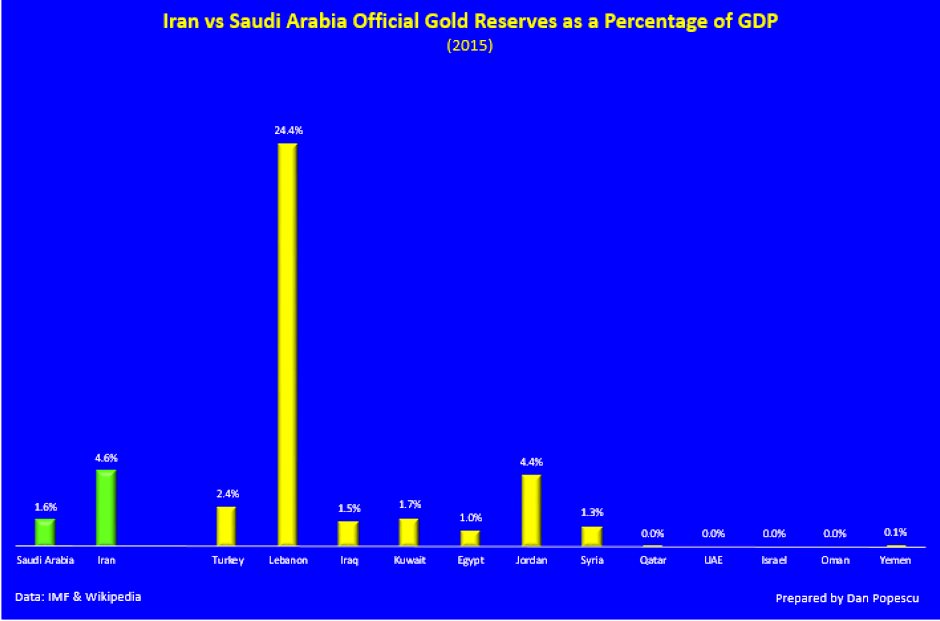 On a per capita basis, Saudi Arabia has a lot more gold reserves than Iran. 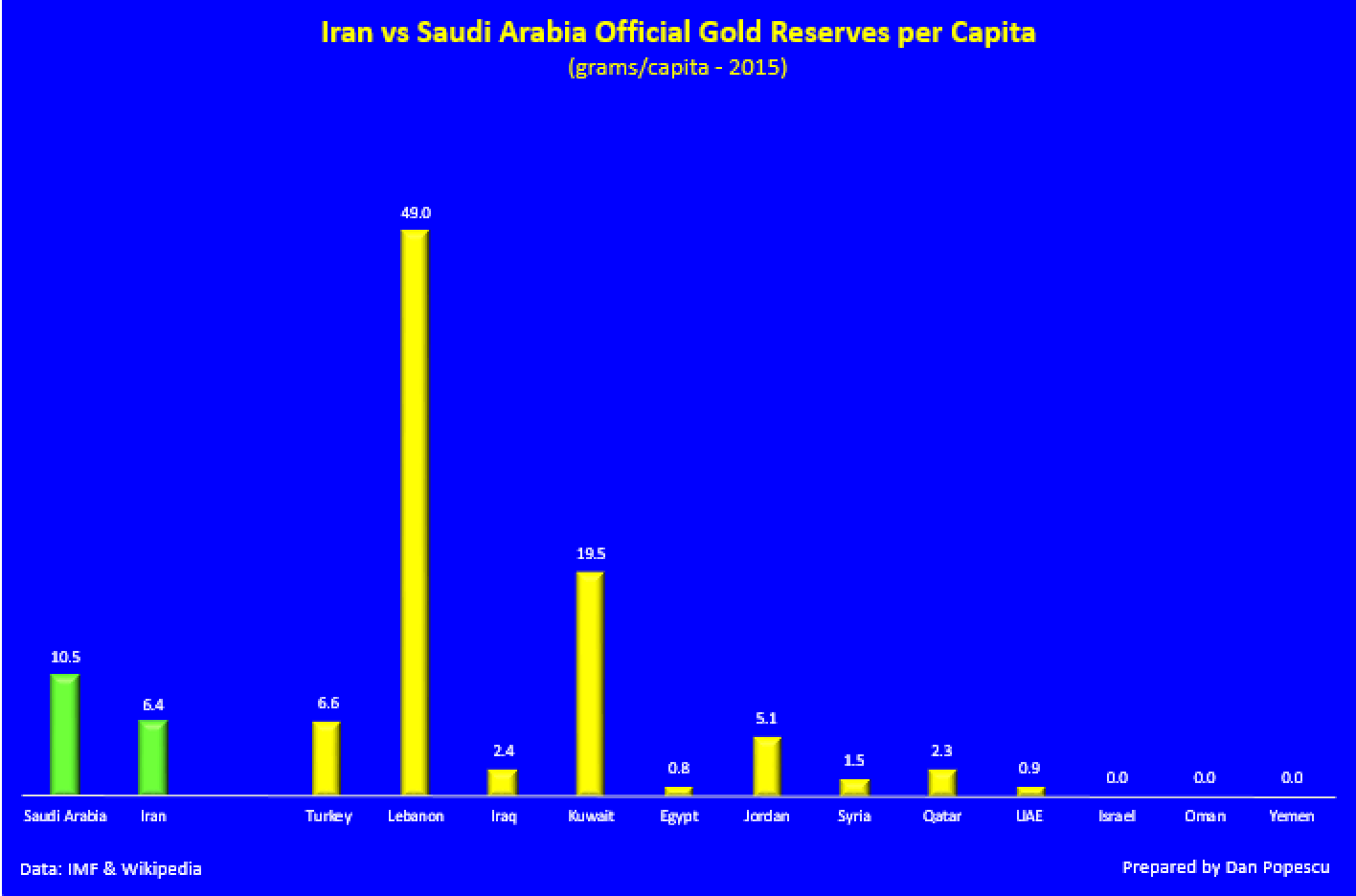 With the oil price down to historic levels (see annex chart) pressure is mounting on Saudi Arabia to delink the riyal from the US dollar. An end also to the petrodollar by Saudi Arabia will have a snowball effect on other oil producing countries to stop using the dollar for paying for oil. Both Russia and China are pushing for trade agreements in other currencies than the dollar.

After the 2008 financial crisis several Middle Eastern countries started buying gold for their foreign exchange reserves, like Jordan, who multiplied by ten its gold reserves since 2011, and Iraq, who increased its gold reserves fifteen times in 2012. Saddam Hussein’s Iraq was the first to switch away from the US dollar. Iraq said that from now on (2000), it wants payments for its oil in euro, despite the fact that the euro was very low in 2000. U.S. recent asset freezes, I am sure, gave second thoughts to many governments in the Middle East concerning their dependence on the dollar, and they decided to diversify as much as possible from the dollar. European Union’s problems did not help make the euro a strong alternative, so the choice for gold became the only alternative. Remember that gold has no counterparty risk. While the euro’s percentage in foreign exchange reserves has decreased slightly, the US dollar was not able to take full advantage of it, as seen by the increase in official gold reserves.

Given recent events I expect a lot more gold buying by Middle Eastern central banks and, in particular, Iran and Saudi Arabia. Both now mistrust the U.S. and both are trying to protect themselves with gold. The Iran-Saudi conflict will be one of the ugliest in 2016 if it escalates. Iran has the backing of Russia and China for now, while the Saudis are emancipating from the U.S. A major conflict in the Middle East will certainly push the price of gold much higher, and I don’t expect the US dollar to be the beneficiary, nor the euro. The massive gold buying by Middle Eastern central banks since the 2008 financial crisis is a clear indication of their preference for gold (see chart below). 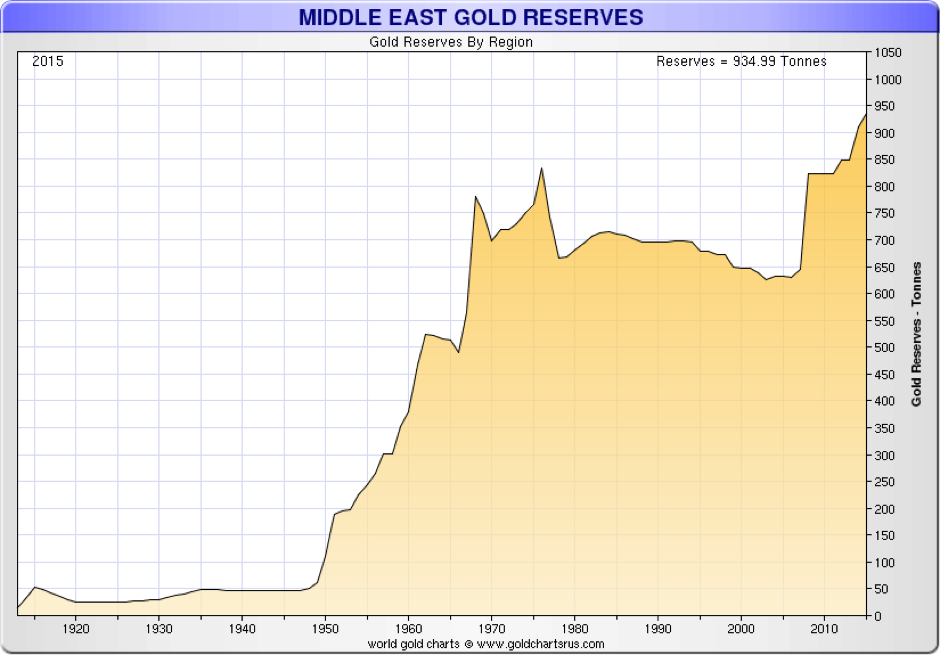 Both Iran and Saudi Arabia are to be watched closely as it concerns official gold reserves in 2016. Pressure has been mounting recently on Saudi Arabia to de-link the riyal from the US dollar and, if it happens, I am sure it will be positive for gold. 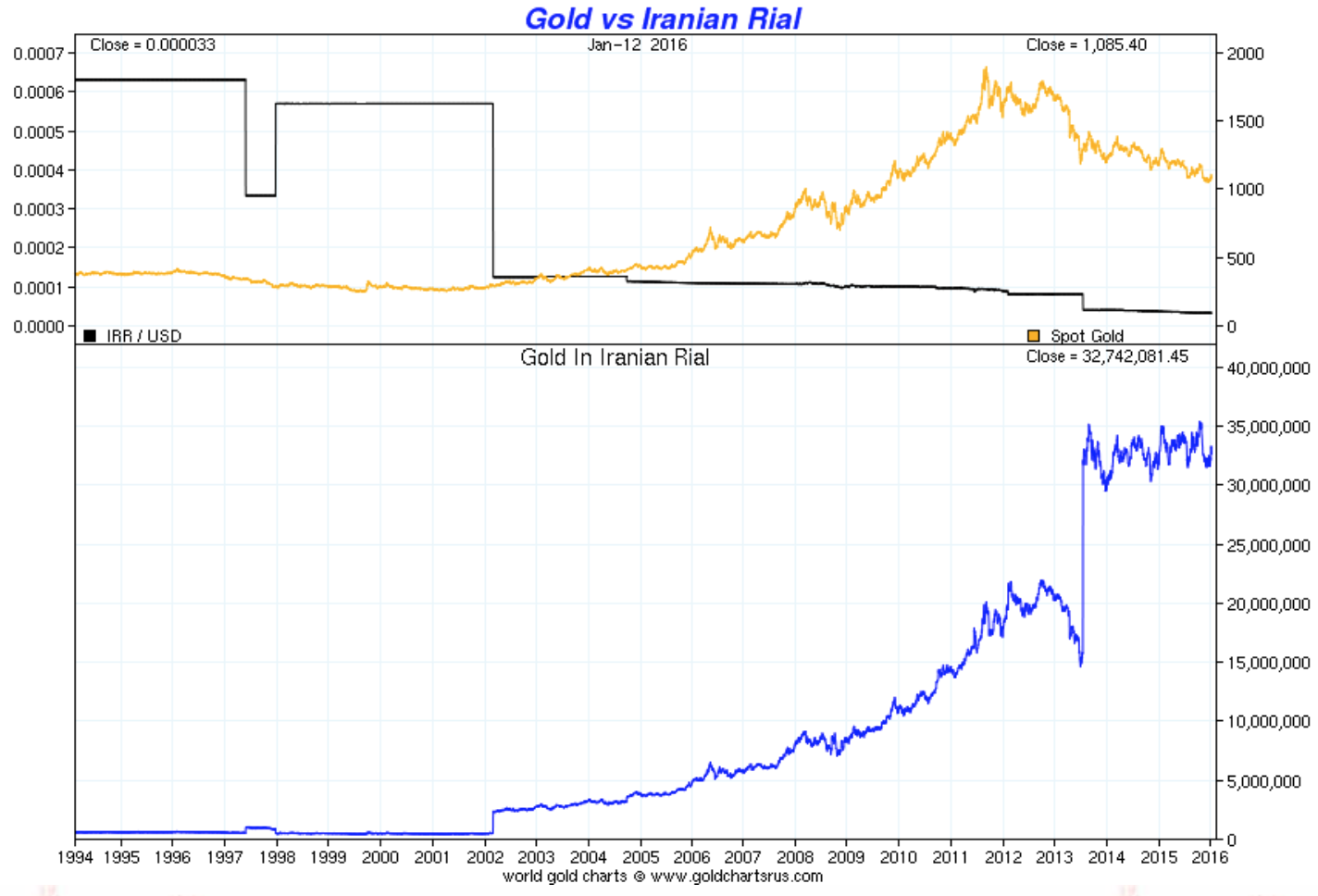 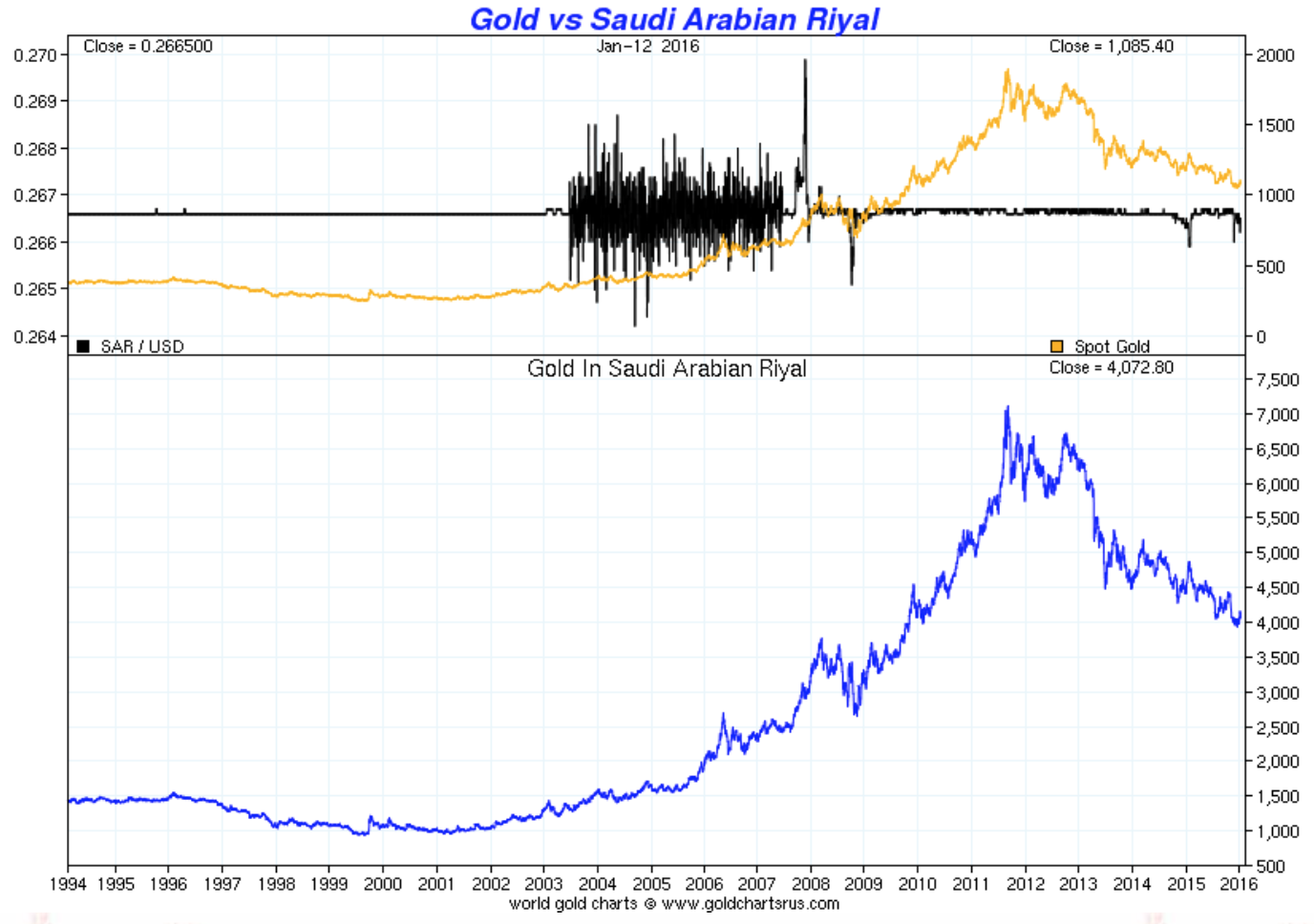 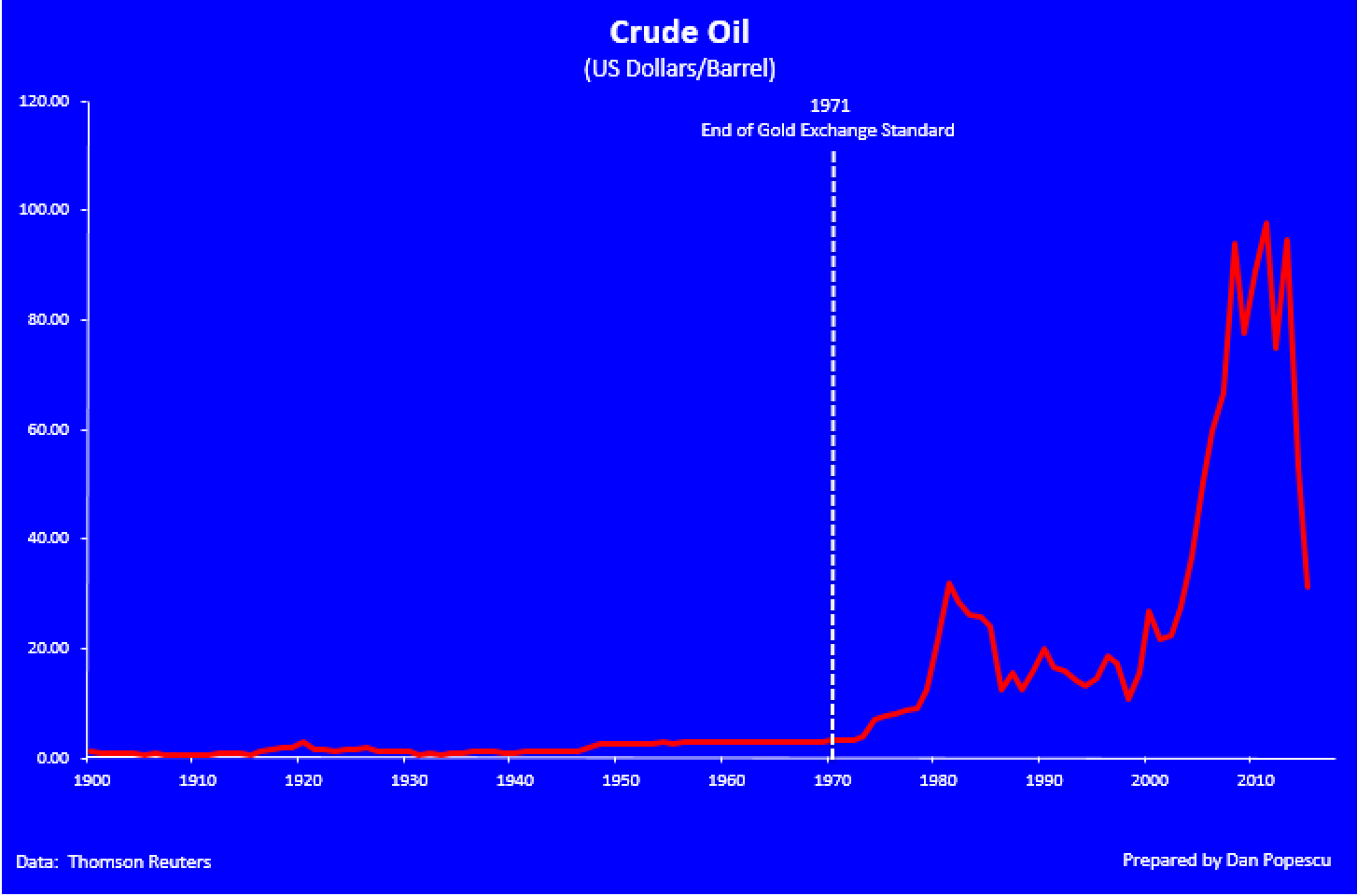 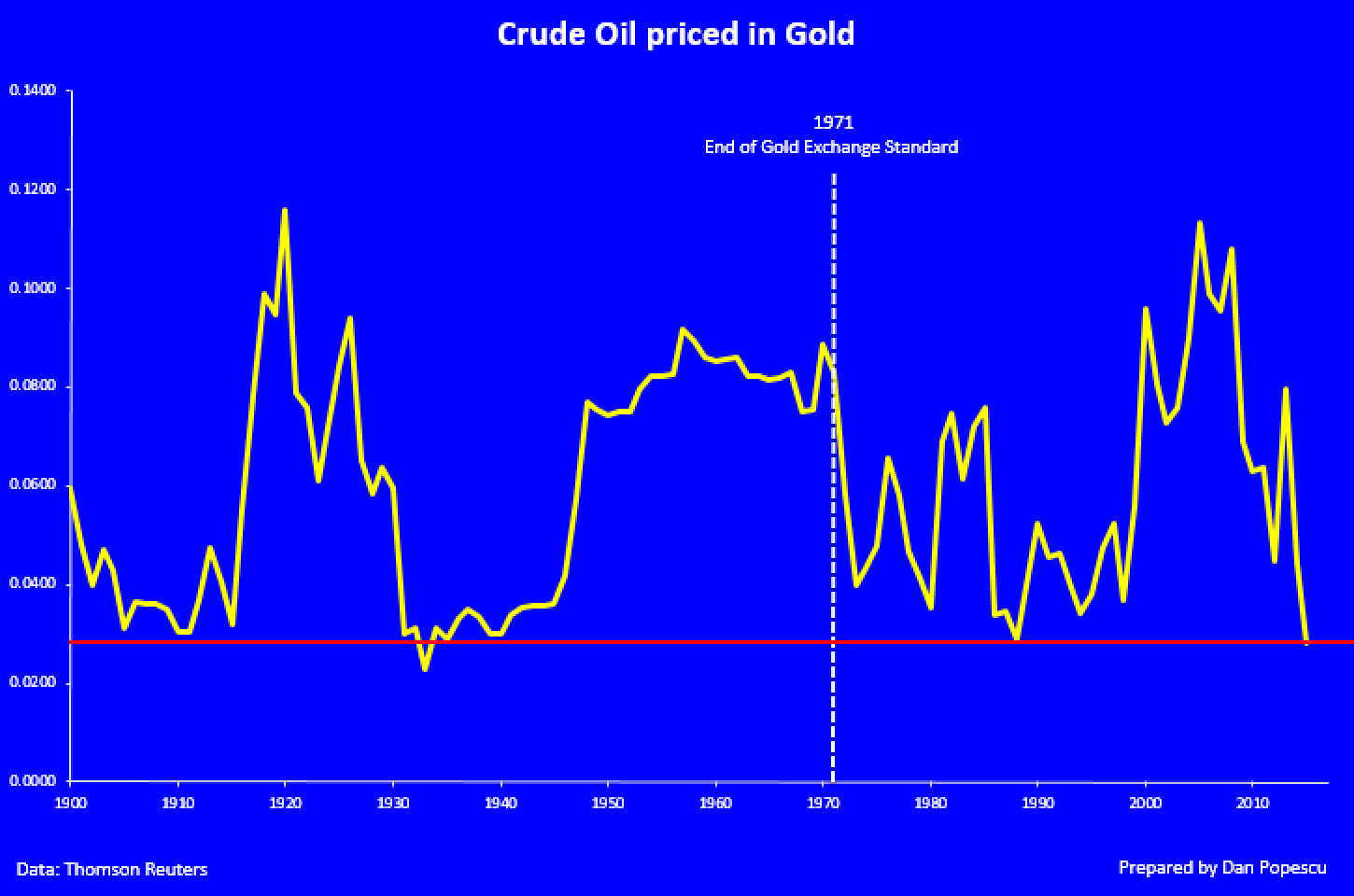 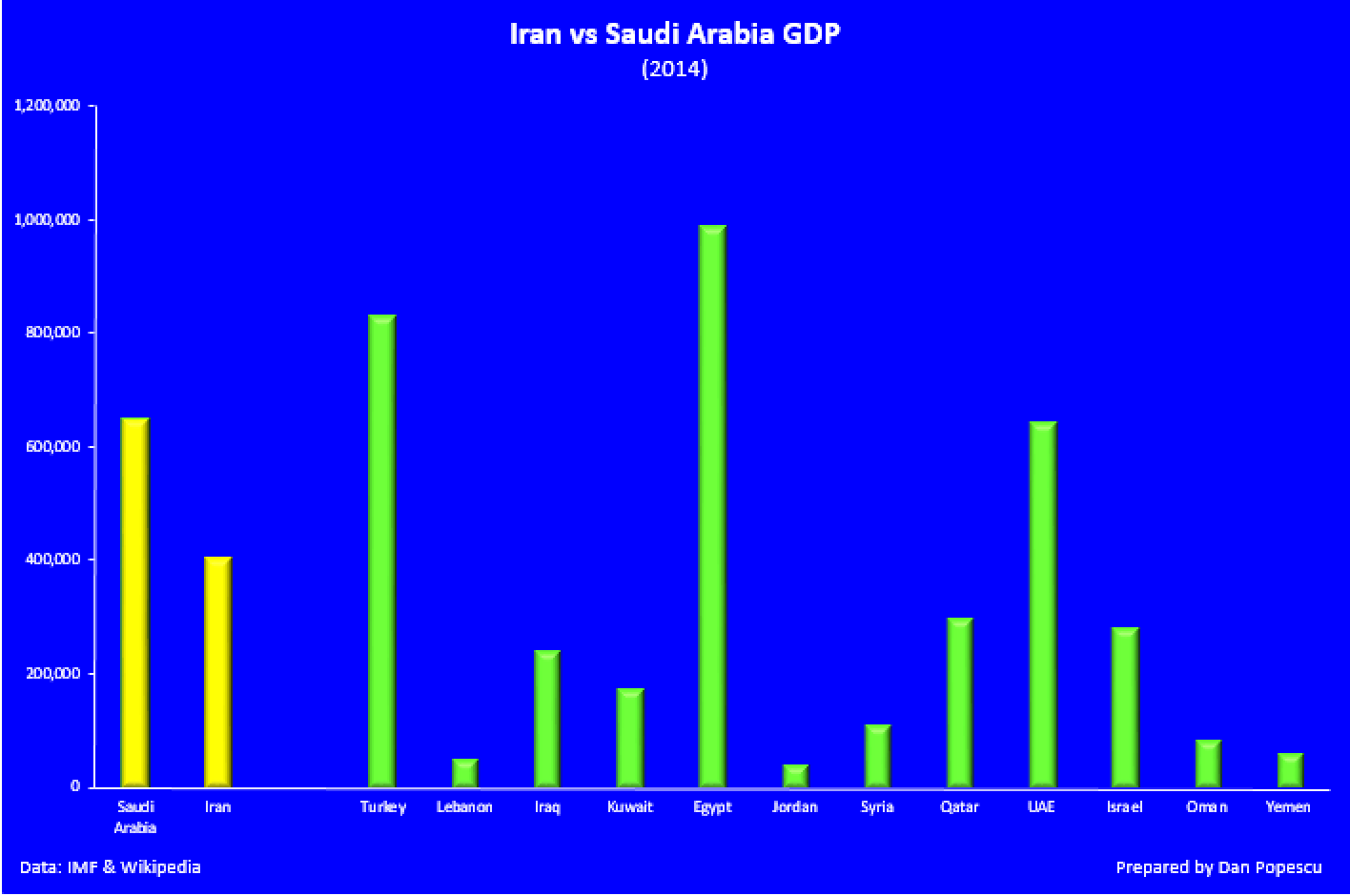 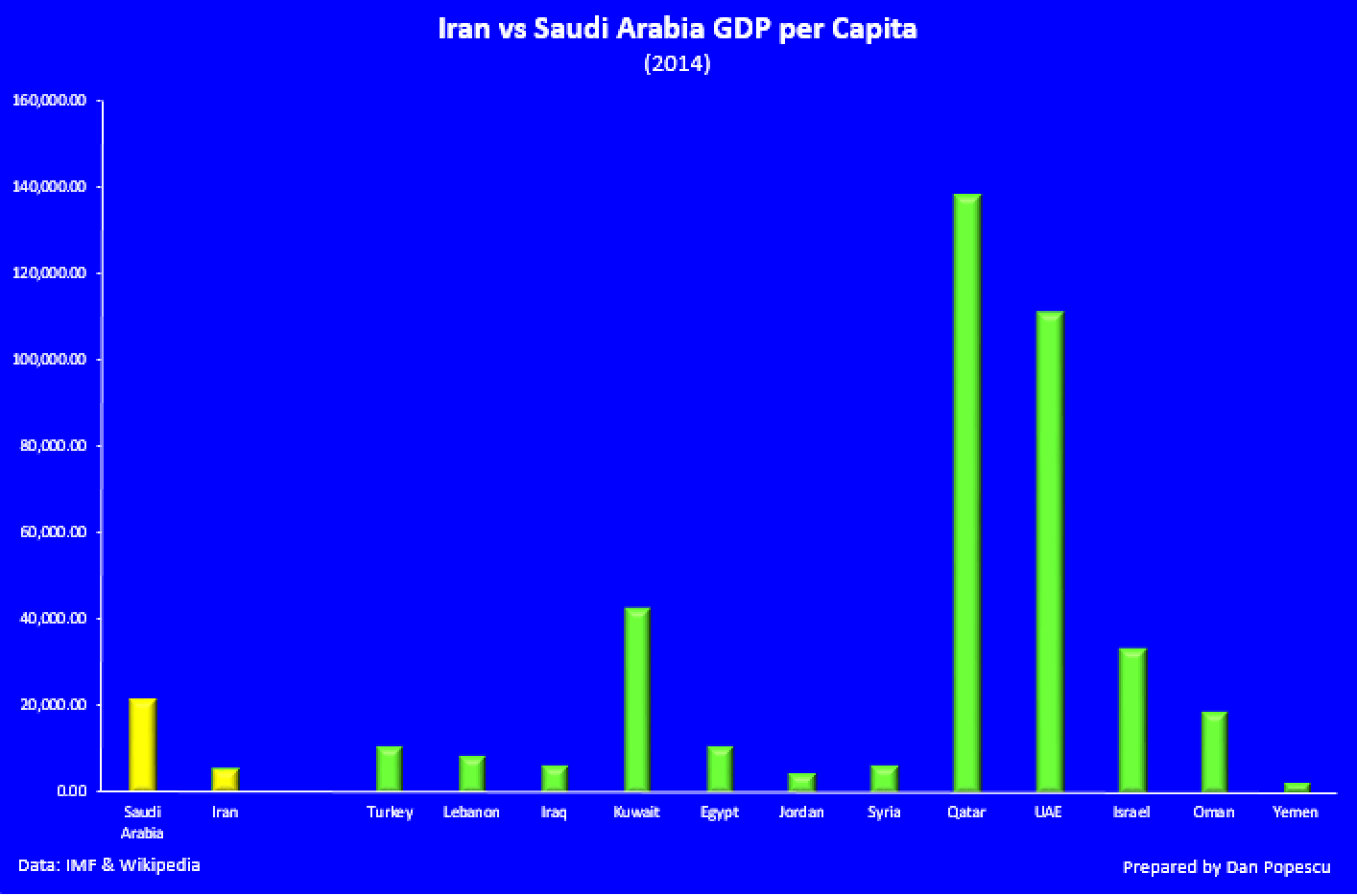 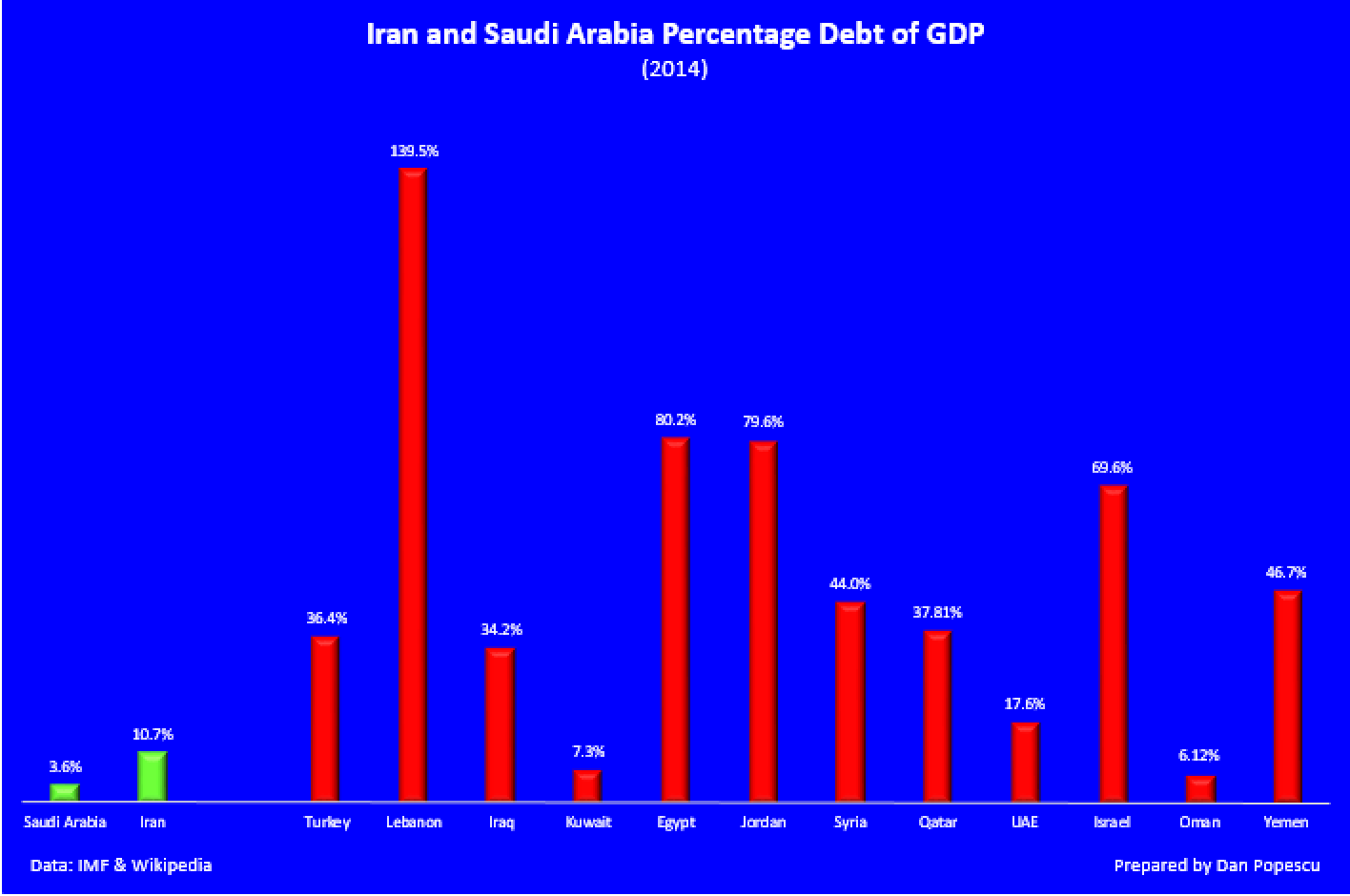 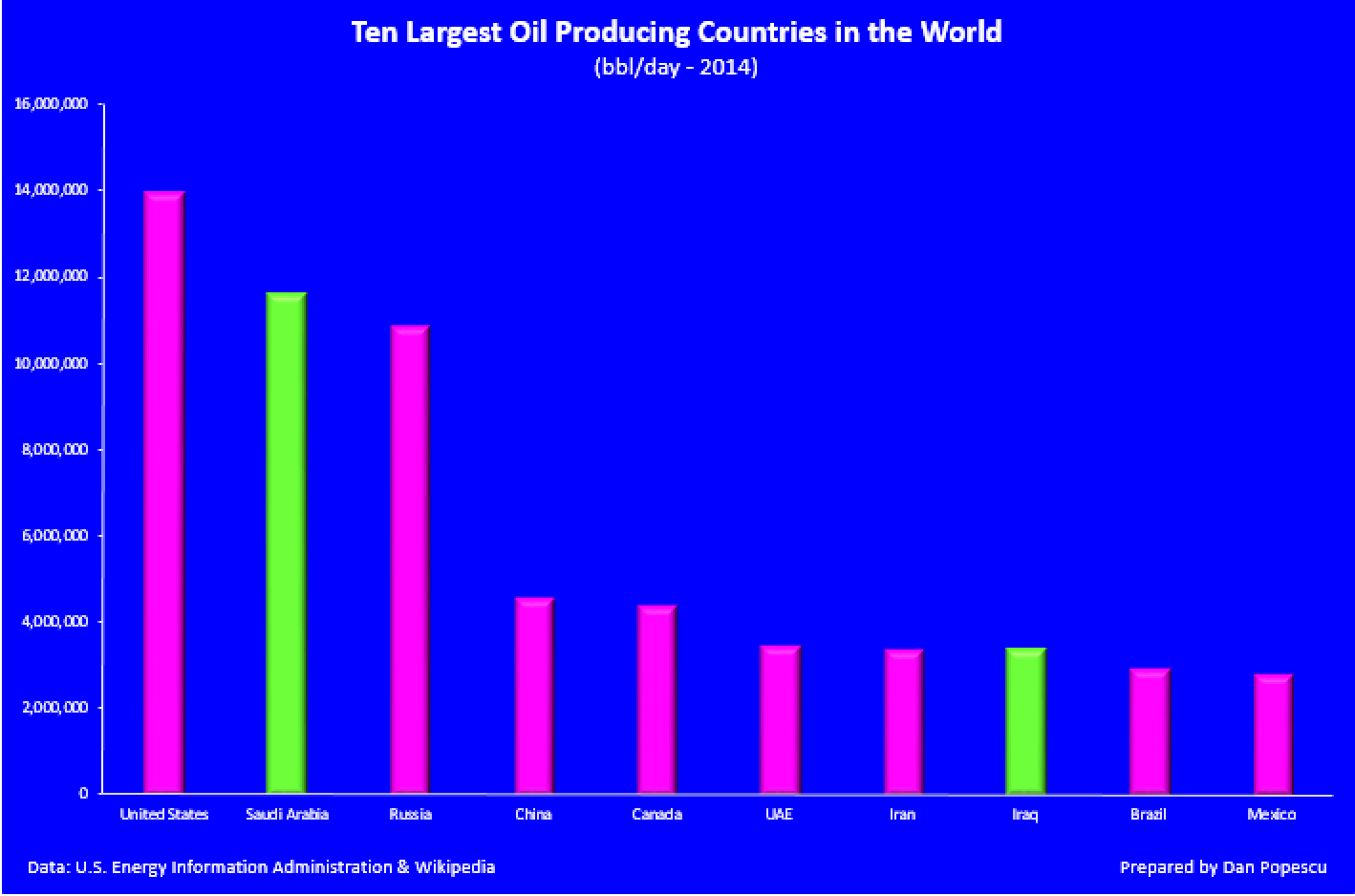