Stephen Leeb’s book “Red Alert", published in 2012, argues that the Chinese understand the issue of resource scarcity much better than the West and as a result of their accumulation of vital resources may leave the West in a nearly untenable position within the next decade.

The silver market is already in this untenable position !

Leeb, in an interview on KWN, told that the Chinese, who have just 3% of the gold reserves and gold mines with very low-grade ores, are exploiting unprofitable mines. The reason given by his Chinese well-connected alter ego was:

"China needs the gold to back its currency". Apparently, they have been in a hurry to fill that aim for years!

Nearly each argument for gold in that interview could be applied for silver. Analysts should think like the Chinese, while silver had been the only monetary stallion in China for centuries.

And we are just a few months away from a major monetary reform. China has clearly described what she wanted in that essay, published on the BIS’s website in May 2009. A kind of SDR backed by "30 representative commodities".

“The allocation of the SDR can be shifted from a purely calculation-based system to a system backed by real assets, such as a reserve pool, to further boost market confidence in its value.”

Analyzing the silver market, without taking into account the ongoing monetary reform, and the will expressed by the governor of China’s central bank, makes no sense.

Below, the first chart shows you the LBMA’ members monthly silver transfers in Moz (blue) and the number of transfers during 2009 and 2010 (red).

100 Moz a month was a maximum at that time, and the average number of monthly transfers between members was about 300.

During the last two years, 2017-2018, you can see, on the chart below, that the number of transfers has been multiplied by 3. 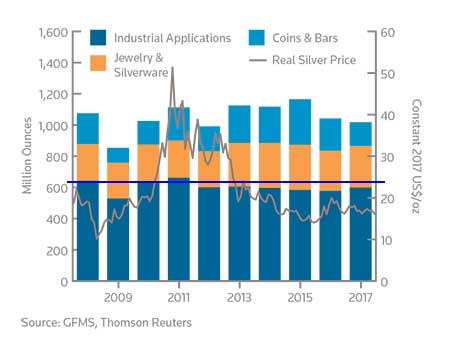 Did the occidental ETF silver stocks grow between 2010 and 2018? No! Most of their stocks decreased. 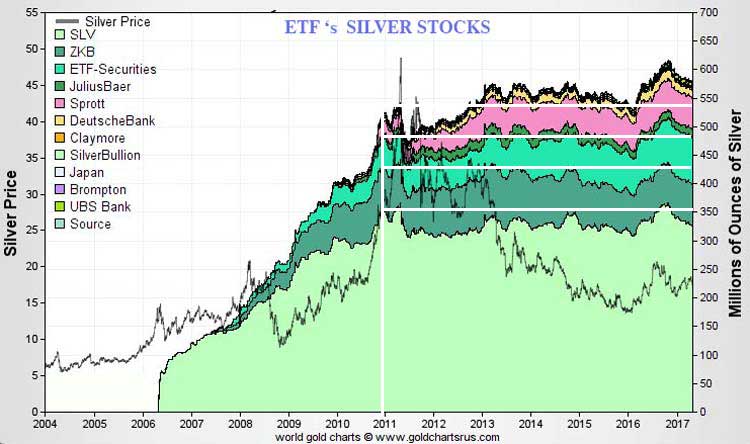 There is a great probability that JPM’s silver stock had been accumulated to refund a Chinese lease to the US Treasury.

It is evident: there has been a huge shift, an enormous change on the silver market at the end of 2010.

So China has taken steps to lead all the metals market in the world… These are all the steps needed to succeed with the current monetary reform.

In May 2012, ICBC which was already a top player by volume on China’s Gold and Futures Exchanges, declared seeking membership of overseas exchanges and aiming to become a major global bullion market maker.

In January 2016, ICBC bought the lease on Deutsche Bank’s huge London gold and silver vault, enlarging its footprint in the city’s bullion market 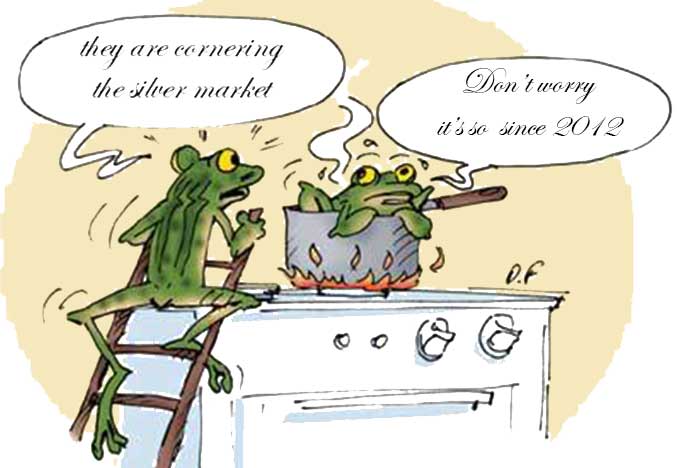 My most esteemed colleagues are looking at the EFP as the usual game to control the price of silver and charge the usual suspect JPM for that crime. But the game has changed. Chinese banks are playing the same game but to amass as much silver as they can at the lower price, knowing that silver, AFTER the monetary reform, will be at a very different price. It is exactly the same story as mining their unprofitable gold.

Some transfers on the LBMA are just scriptural in the books, but silver is moving from West to East exactly like gold, for the same monetary reasons.

Looking at the CME silver stocks has no interest at all, since the physical silver related to an EFP has no geographical limitations. It does not have to be located in New York exactly as gold.

The first steps of the monetary reform have been taken in November 2008 at the G20 in Washington and in March 2009. It has been a long process and it is not finished yet. China has been cornering the market slowly year after year, it is almost done… the temperature of the water grew so slowly that the frogs are cooked, but they haven't even noticed it yet.