New spending is coming! And because of that, Biden’s speech to Congress was fundamentally positive for gold.

Last week was full of big events. The FOMC released its newest statement on monetary policy meeting, while Powell held the press conference. On the same day, President Joe Biden made his first speech to Congress. Let’s take a look at his words.

First of all, Biden laid out his American Jobs Plan, which proposes more than $2 trillion to upgrade US infrastructure and create millions of jobs. No matter that infrastructure spending has no stimulus effect, according to economic research.

Second, if you think that $2 trillion is a lot of money, given America’s huge indebtedness, you are clearly wrong. Two trillion is practically nothing and definitely not enough, so Biden proposed another $1.8 trillion American Family Plan in investments and tax credits to provide lower-income and middle-class families with inexpensive childcare.

Third, Biden understands that all these expenditures cannot be funded solely by increasing already huge fiscal deficits (see the chart below) and issuing new bonds. 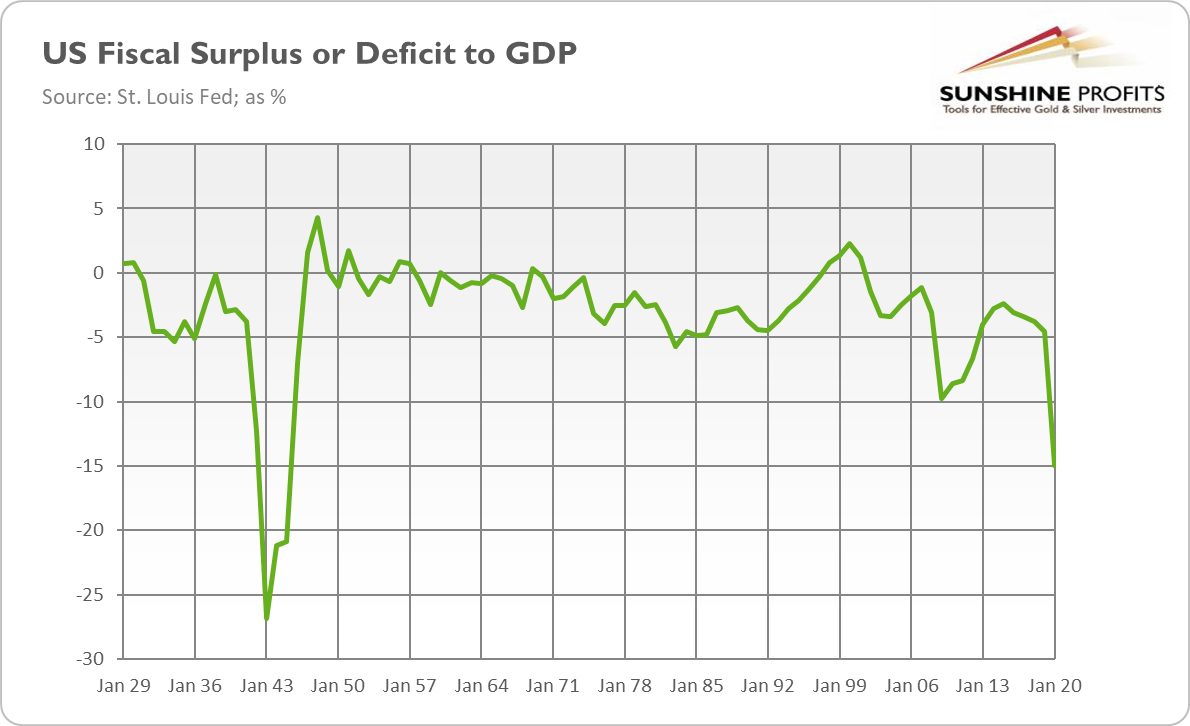 So, he proposed a hike in tax rates:

No matter that corporate taxes are implicit taxes on labor and that the current proposals for tax hikes are unlikely to fund the White House’s ambitious plans.

Biden also proposed several reforms of the labor market: a 12-week paternal leave for families and an increase of the minimum wage to $15 an hour.

So, in short, his speech called for several bold economic policies aiming to increase government spending and strengthen the American welfare state. Sounds good… for gold.

What does the Biden speech, and more generally his economic agenda, imply for the precious metals market? Well, it seems that the President cares not only about the workers, but also about the gold bulls. His plan is fundamentally positive for the yellow metal. After all, Biden wants to further increase government spending, which will weaken the long-term pace of economic growth and add to the mammoth pile of the public debt.

There are also hints that this massive government spending flowing directly to the citizens could ignite inflation. After all, the US economy has already recovered from the pandemic recession, at least in the GDP terms, as the chart below shows. So, Biden’s economic agenda risks that the economy will overheat igniting inflation. 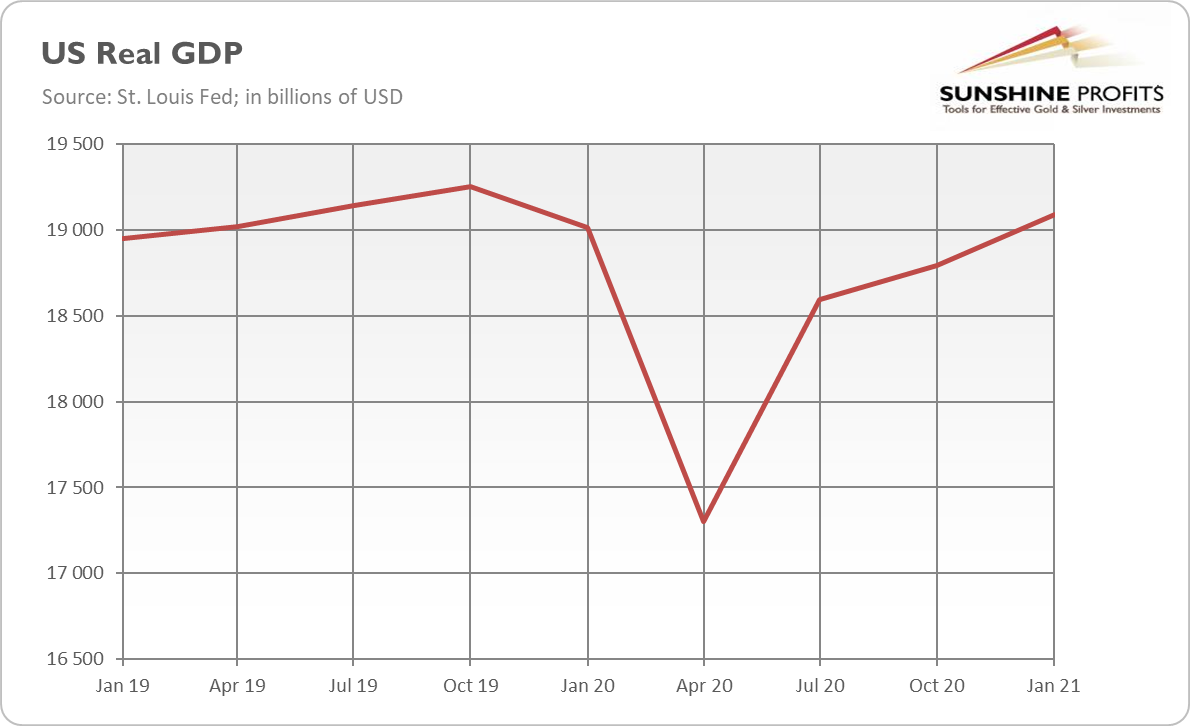 He also adopted a more confrontational stance toward China, which could elevate the geopolitical worries and increase the demand for safe-haven assets such as gold .

Another potential benefit is the proposal to raise corporate taxes, which is clearly negative for the US stock market and the greenback. Hence, gold could gain at their expense, especially if we see a pullback in the equity market…

Last but not least, the increase in the minimum wage, and other labor market reforms, will not help in a quick employment recovery, so the Fed will maintain its dovish policy for longer. Indeed, we should look at Biden’s message together with the Fed’s signals. Biden proposed trillions of dollars in new spending, while Powell reiterated no hurry to raise interest rates. What a policy mix! We have both easy monetary policy and loose fiscal policy, a golden policy mix, indeed.

Gold didn’t react strongly to these events, which is a bit disturbing, but this can be explained by the gains on Wall Street, as investors felt reassured that a financial bonanza would last undisturbed. So, the economic confidence remains high, but if it wanes, especially if inflationary threats come to the surface, gold may perform better.