The Greek public debt crisis of 2010 is in fact not over, with the country still living on life support. Could such a crisis occur again in the eurozone, when budget deficits have broken all records with the lockdowns and continue with the war in Ukraine? It is quite possible, as explained by the research department of Natixis, headed by Patrick Artus, who considers that France and Greece are the countries most at risk.

Indeed, it is not only the level of public debt in relation to GDP that matters, but rather the balance of payments, i.e. the capacity to finance this debt. As the report explains: "A country that has excessive public debt but has an external surplus can hardly be in crisis since it has excess savings that can quite easily finance its fiscal deficit. On the other hand, a country with an excessive external deficit and external debt can have a balance of payments crisis, making it impossible to finance its external deficit."

And the Greek crisis was a balance of payments crisis: the external deficit could no longer be financed, so it had to disappear, which in a monetary union is done by the severe contraction of domestic demand. We remember how the Greeks suffered at the time and how their purchasing power collapsed. 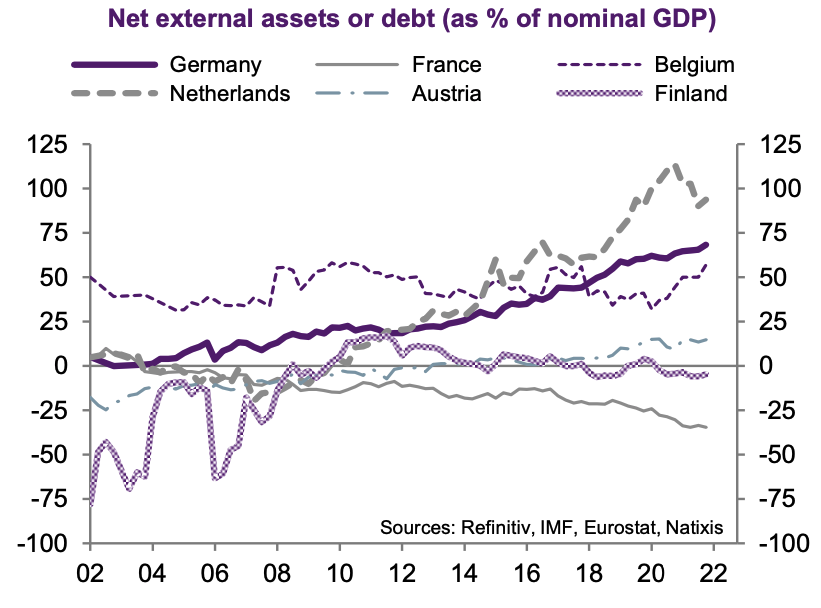 As we can see, the country's net external position is very bad, and it is getting worse every year. Between what the French hold as financial assets abroad and what foreigners hold in France, the deficit amounts to the equivalent of 30% of GDP, the worst situation in Europe. As Natixis points out, "a crisis could therefore reappear today in the eurozone if a country had an excessive external deficit that became difficult to finance. Currently, this could concern only France and Greece and, to a lesser degree, Portugal, but not Spain or Italy."

It is at this level that the crisis may arise, with foreign investors' distrust of French public debt. The threat is real, since they hold almost half of it (47.80% exactly), according to Agence France Trésor. Next comes the Bank of France (via the ECB's debt repurchase program) with 28.50%, followed only by national savings, through life insurance and bank savings accounts (23.50% in total): 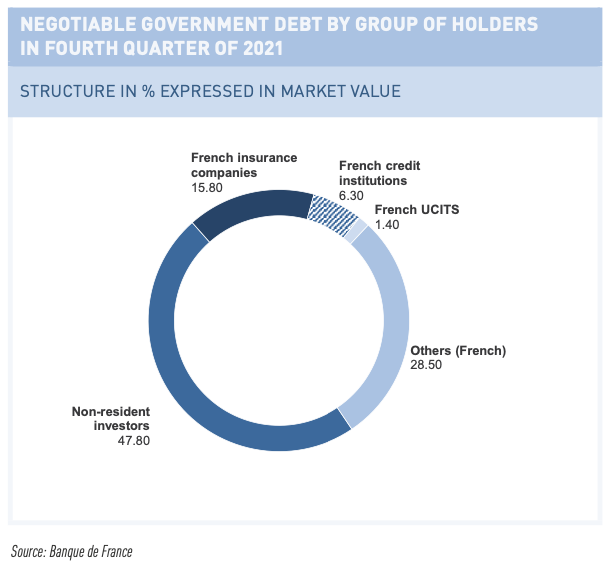 The risk is there: "the most fragile countries are not Italy or Spain, but France, Greece and perhaps Portugal." What the Greeks experienced in the 2010s - and they are still paying the bill - could soon happen to the French. The situation, already very degraded in terms of purchasing power, would deteriorate considerably, to a degree worse than in Greece at that time. Who would finance a rescue plan for the second largest European economy? No one could afford it. It is therefore urgent to reduce the budget deficit and restore our balance of payments (i.e. trade), at the risk of suddenly falling into a catastrophic crisis.