The American and European central banks - the Fed and the ECB - would have us believe that they will be able to raise their key rates when the time comes. When they judge that inflation is getting out of hand, that public debt is reaching worrying levels, that the indebtedness of individuals and companies is endangering the banks, they will not hesitate to turn off the faucet. So there is nothing to worry about, the markets should be reassured that neither prices nor debt will jeopardize economic stability.

The problem is that the past does not support this view at all. But central banks are certainly counting on the goldfish memory of most investors... In fact, every period of "normalization" has led to a crisis:

- The rise in interest rates in the United States in 1999-2000 (from 5% to more than 6% for the Fed's key rate) triggered the stock market crisis of 2000, particularly in technology stocks. Over indebted, companies sharply reduced their investments, which led to the recession of 2000-2001. During 2001, the Fed lowered its rate from more than 6% to 2%, a huge drop.

- The increase in Fed rates between 2005 and 2007 (from 1% to 5%) caused a reversal in the real estate market, which led to the explosion of subprime mortgages. A severe recession followed and the Fed, in panic, dropped its rate from 5% to almost 0% during 2008.

- During the period 2018-2019, the Fed decided to reduce the size of its balance sheet (the Treasury bonds it owned and which were coming to maturity were not renewed), but the stock market reacted very badly and the banks experienced serious liquidity problems (repo crisis in September 2019). The Fed immediately stopped this policy.

- During this period, the ECB followed the Fed's policy and adapted its key rate with a few months delay. The debt crisis in 2011, which affected Greece, but also Cyprus, Spain, Portugal and Ireland, forced it to lower its rates below 1% to reach almost 0% in 2014. 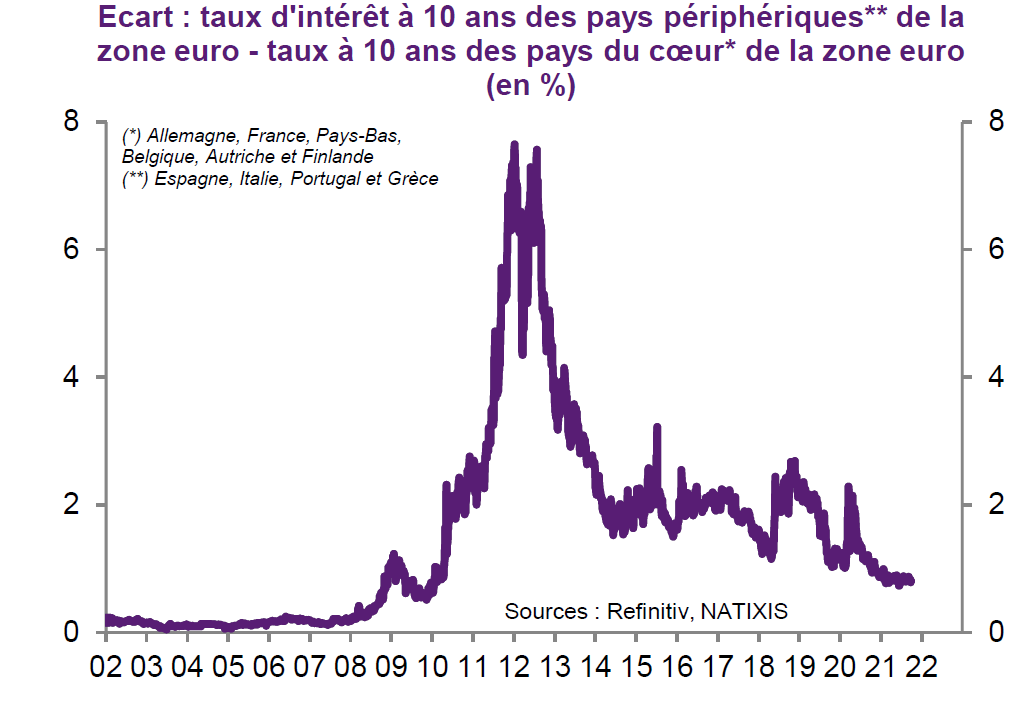 Now that the financial sphere is addicted to zero interest rates, and that the debt (public and private) has not stopped increasing, the Fed and the ECB would have us believe that they will be able to raise their key rates without difficulty! In reality, they will have to choose between several crisis scenarios: inflation and rising interest rates that will cause countries and banks to go bankrupt, or else a rise in interest rates before inflation gets out of hand, but at the cost of a strong recession that will jeopardize several countries and banking systems...

The next crisis will put many heavily indebted countries (France and Southern Europe) and their banking systems to the test. The challenge for the ECB will be to safeguard its credibility by seeking to demonstrate that it is in control of the situation, otherwise it is the euro itself that will be affected (and the spectre of hyperinflation will arrive). With the dollar as the world's reserve and trading currency, the Fed has more room to maneuver, but any rate hike will result in a sharp recession. And given the magnitude of the crisis, this rate hike will be temporary. Central banks do not dare to admit it, but they will just try to limit the damage of the next and inevitable crisis...