Let's take a look back at the adventures of the silver market since the start of the year.

Last January, an army of novice traders coordinated themselves on the Reddit forum to shake Wall Street by taking a massive position against hedge funds. These small speculators are nearly 13 million and hunt in packs. In particular, the GameStop affair caused much ink to flow. This company was sold short by hedge funds, which sold more shares than the company had issued. Reddit traders bought all the stocks available in the market and bought "calls" and then demanded delivery of their stocks. They knew that it was impossible. GameStop's price, then $ 20, had skyrocketed. Some traders brag about selling their stocks off-market for $ 5,000. The market authorities and the media seized on the matter, the collapse of the hedge funds having nearly blown up the whole system.

Knowing that there are nearly 100 ounces of paper-silver for each ounce of physical silver, a small part of this group of traders, called the Wall Street Silver, decided to attempt to create a "short squeeze" on the Silver market. Initially, they were only a few thousand individuals unfamiliar with the intricacies of the market. As a result, their first attack was quite messy. They attacked in all directions, not only the stocks of coins and bars of the on-line dealers, but also SLV and the COMEX. However, their attack caused a brief swerve in prices between Jan. 28 and Feb. 2, pushing prices from $ 24.8 to $ 30.

Their investment in the SLV ETF has paid off. Instead of buying physical silver on the market, SLV has, on the one hand, increased the number of virtual shares of the fund and on the other hand, has been content to lease physical silver to the custodian of its reserves of metal, ie the JP Morgan bank. Three days after the attack, SLV cancelled the lease agreement without needing to purchase any physical metal.

Eight days after this first offensive, Craig Hemke (TFMetalsReport) published an article advising them to lose interest in SLV and COMEX to attack secondary places like Perth (Australia), Zurich (Switzerland) or Montreal (Canada).

Hemke had then perfectly described what was going to happen.

Indeed, the horde of small investors quickly emptied the silver coins and bars available for sale at the Perth Mint (Australian Mint).

On March 20, Australian economist John Adams (Adamseconomics) revealed that some of his contacts had requested delivery of their silver from their Perth Mint unallocated silver accounts. The Mint reportedly told them that there was no physical silver available.

John Adams concluded his tweet with "Peth Mint have defaulted!"

Clients with synthetic positions are standing for delivery (i.e. converting to allocated) & they have been told that THERE IS NO SILVER!

This Tweet had been seen by 369,000 people and it woke up all Australians, who own silver or gold through metals accounts, triggering a scramble on the Perth Mint and the Australian Bullion Banks, which offered the possibility to invest in a metal account. Investors rushed to get their physical silver back, as long as there was any available. 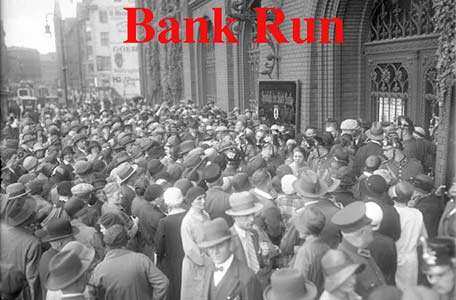 In a matter of days, the Perth Mint ran out of 1000 ounce bars. Customers delivered in early April received bars from China, bought in the rush by the Perth Mint, which has a monopoly on precious metals minting in Australia.

Australian customers were furious because they wanted their silver to be minted "Mint of Perth" and LBMA's grade. In addition, the Australian Mint invoiced those Chinese products by adding minting costs, which have been multiplied by 4 over the past year.

This is further proof that the COMEX or London spot price no longer has anything to do with the reality of the physical price.

OUTRAGEOUS SCANDAL at the Perth Mint.

He was told there are NO SILVER BARS AVAILABLE!

NO GUARANTEE can be provided on when delivery can be made!

John Adams didn't just write on Twitter, he did multiply video interviews on many sites that cover the gold and silver markets.

His initial post snowballed to trigger the start of an avalanche. All over the world, investors have started to worry about the reality of their investments in physical silver. Adams indicates having received emails from investors around the world (Min 15:20 of this interview).

As of April 8, the Royal Mint of United Kingdom has been out of stock of silver bullion, regardless of weight:

"Apologies but due to increased demand, this product is currently out of stock."

The Crown Journal published an article on April 13 regarding the Austrian Mint:

"Clearly, precious metals are in demand like never before: the Austrian Mint, even operating in two shifts, is struggling to fulfil orders for Vienna Philharmonic coins in gold, silver and platinum."

"Silver, in particular, is being swept from the market right now and practically depleted."

"For every ounce produced, there are several pre-orders! […]"

"There is such international demand today that we are unable to produce as much silver as the market would like. We have orders for the next few weeks and every ounce we produce has already been sold," said Gerhard Starsich, Managing Director of the Austrian Mint.

"This year, 3.2 million ounces of Philharmonic Silver have already been sold." 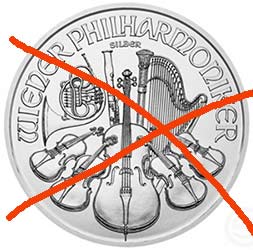 The Wall Street Silver having raided the stocks of online resellers, it is necessary to expect several weeks of delay before being delivered, as well as a premium on the parts of up to 45% above the price of paper silver. 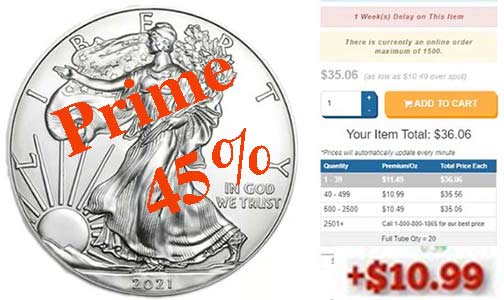 For John Adams, the silver market is changing dramatically. Investors realize that ETFs, metal accounts, and all synthetic precious metal financial products are a trap. They finally understand that investing in this type of product is totally counterproductive and goes against their own interests.

The Perth Mint had stocks of industrial silver bars of almost 50 kg. To meet demand, she melted some of those bars into one-kilogram bars, which went away like hot cakes.

So much so that, at the end of last week, a customer could only get 12 kg. She asked how soon she could come back to buy more. "In 4 months, not before!" replied the sales manager.

The Australian Mint has since limited silver purchases to one kilogram per person... but they continue to say there is no shortage.

Adams commented on the Perth Mint's efforts in mainstream media to counter the bad impression left by default rumours. But the Mint was content to deliver generalities, without answering questions from the public. In addition, it affected a population which, until then, was not particularly interested in precious metals. To find the answers to their questions, these people turned to the alternative media. The media campaign was therefore counterproductive for the Perth Mint.

Confidence in the digital silver and fractional reserve system is exploding before our eyes. We may see queues forming in front of numismatic shops and Bullion Banks, as in China on December 23, 1948, when people were fighting for a little gold as the currency lost its value.

I've been talking about the musical chair game for several years, saying that with SLV and GLD, when the music stops, there will be one person seated and at least 49 others who will not have a chair.

The little ball sent by the Wall Street Silver in January turned into a slippery patch of snow, that is about to trigger an avalanche.

If we look at the chart below, the green dotted line is the current price level. This level was an essential support from 2010 to 2013.

In 2020 and 2021, this support has turned to resistance. But this one having been broken four times counting this Friday 16, it is extremely weakened. I consider that the rise beyond $ 26 will start this week.

On this graph, the second observation is that the 40-month Moving Average (MA 40) played a major role in 2009 and 2010 to support prices and allow them to propel themselves upwards. This was also the case in 2020.

Since March 22, prices have been based on this moving average for four weeks in a row. A strong bullish push is imminent.