The 14th Five-Year Plan of the Chinese Communist Party, presented by Xi Jinping at the end of 2020, predicts that China will be carbon neutral in 2060.

Currently, the Middle Kingdom is number one in greenhouse gas emissions. Its CO2 emissions by combustion are double those of the United States.

Coal is the cause of 79.8% of these emissions, as 61.9% of Chinese energy comes from coal-fired power stations that produce 22,171 TWh of electricity, or triple the unlikely group formed by the United States, India, Japan, Germany and Great Britain, which together total 7,881 TWh. 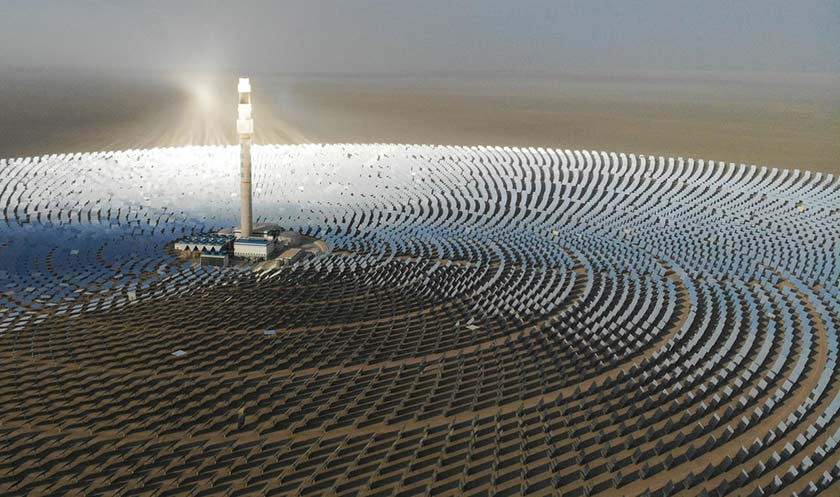 In 2019, China had a total solar power production of 115 GW. The 14th Chinese Five-Year Plan plans to install an additional 85 GW per year, or 2/3 of the existing fleet. The consumption of silver by this sector of activity will therefore increase very sharply.

In India, business tycoon Mukesh Ambani announced he will build 100 GW in solar energy capacity over the next nine years, while Gautam Adani announced that his green energy venture would add 5GW every year this decade, from a current level of about 3.5 GW.

The sector is on the rise.

The latest report from the International Energy Agency (IEA) is very clear on solar energy. To meet the commitments of the Paris Agreements, photovoltaic production capacities will have to be multiplied by 5 every year. In other words, the solar panels should consume 500 Moz of silver per year.

On the latest report from the Silver Institute, we see that industrial demand in 2020 was 530 Moz and the demand for jewelry at 181 Moz, for a total of 711 Moz.

If you add the demand for investment silver, which is 237 Moz, the total demand was 948 Moz. 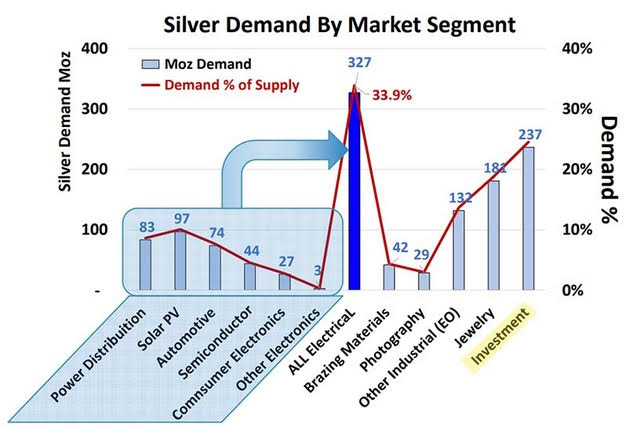 The market was therefore in deficit of 251 Moz according to the figures of this report, in which the investment in ETP or ETF is recorded for 331 Moz.

In order to produce, a manufacturer or a jeweler needs to have the physical silver he buys delivered to him. ETFs and ETPs can be satisfied with a promise of term delivery, which can be pushed back from maturity to maturity ; it is electronic silver, which has no real existence. It is because most of the ETF don’t demand for delivery that the price of silver has not yet exploded.

But if solar panels are to consume 500 Moz instead of 100, industrial demand in 2021 and the following years will exceed 1100 Moz. Even if mining production returns to its 2018 level, i.e. 848 Moz, there will be a very large deficit, which cannot be filled with paper silver and empty promises.

Be sure that the law of supply and demand will finally act strongly on prices.

Everything has been said and written about the NSFR and the Basel III rules, which have been in effect in Europe and the United States since July 1. Simplifying it to the extreme, in a bank's balance sheet, having unallocated or mortgaged gold or silver is classified as a risk that must be hedged, whereas having allocated physical bullion without mortgage is considered as capital. These rules will push banks to ask for delivery and to lose interest in ETFs and other ETPs.

How much will be left in January, when UK banks are also subject to Basel III rules ?

Nota Bene: exemptions conceded to the LBMA’s clearing banks concern physical gold only. Gold derivatives had not been mentioned. Not a word had been said about silver or silver derivatives.

In February 2021, after the first Wall Street Silver attack, the LBMA worried that 85% of the silver reserves in its warehouses belonged to ETFs. However, in the World Silver Survey cited above, they add the silver from COMEX and LBMA's warehouses to that of the ETFs. Some analysts consider that some silver bars of the JP Morgan bank are thus counted 3 times. In January 2022, Basel III rules could lay bare the reality of mortgaged multiple times silver stocks. It is no coincidence that the LBMA signed a 58-page letter addressed to the regulator of the Bank of England, pushing back the date for the implementation of Bale III, making it clear that the heart of their market was going to be wiped out.

Demands to transform electronic silver derivatives into delivered physical silver will massively unbalance a market that has been in deficit for several years.

The 123,000 soldiers of the Wall Street Silver army aren't just draining the stocks of the dealers, they are campaigning to reveal that gold or silver in metal accounts can be fictional or just a fractional reserve. This is how they put in trouble the Perth Mint in Australia, which proved unable to deliver, when their customers came massively to collect their silver bars. This campaign will gain momentum with the upcoming release of a documentary that is expected to attract even more citizens to join the Wall Street Silver in protecting themselves from inflation by buying silver.

This graph shows the impact of the Silver Squeeze movement on the market. 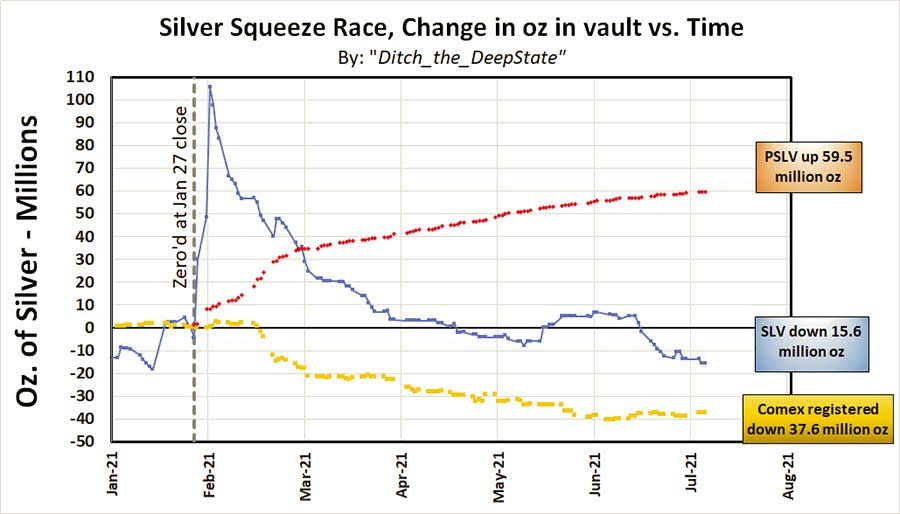 Rick Rule, CEO of SPROTT Global Resources, the biggest silver buyer this year, revealed in an interview on the WSS platform (1 and 2) that at first, he didn't think individuals could have any impact on the silver market, but he was obliged to admit, that they had moved the lines. This is evident from the chart above. PSLV, the Sprott ETF, was one of the first beneficiaries.

Success brings success. When silver finally breaks the bitterly defended resistance of $ 28-30, all speculators will rush to gamble silver's rise in one way or another, strengthening the Wall Street Silver movement and that especially when the rise in generalized inflation will become more evident.

As sympathetic as this grassroots movement is and as effective as it is in drying up the retail supply chain, it is the Basel III rules that will revolutionize the silver wholesale market and the global demand for photovoltaics, which is going to push prices upward at the end of 2021 and more so next year and the next.

On the other hand, Freeport-McMoran CEO Richard Adkerson revealed that even if the price of copper doubled due to increased demand to meet Paris Agreement requirements, it would take 8 years to ramp up production of its mines. We cannot therefore expect an increase in silver mining production commensurate with demand in the coming months. When the price of the metal will be high enough, abandoned veins and old mines because they were unprofitable, will be reopened, but here too, it will take years to revive production.

Silver will be 3 digits before the end of next year. You had better stock whatever you can buy until then.

Remember rule N°589 of the COMEX, effective since December 22, 2014. If at any time, on the market, there is no one who agrees to sell at the proposed price, the silver can go up by $ 12 in the day. Given the massive imbalance between supply and demand, I don't see how it would be possible for this rule not to be used in the coming months. The increase could therefore be meteoric.